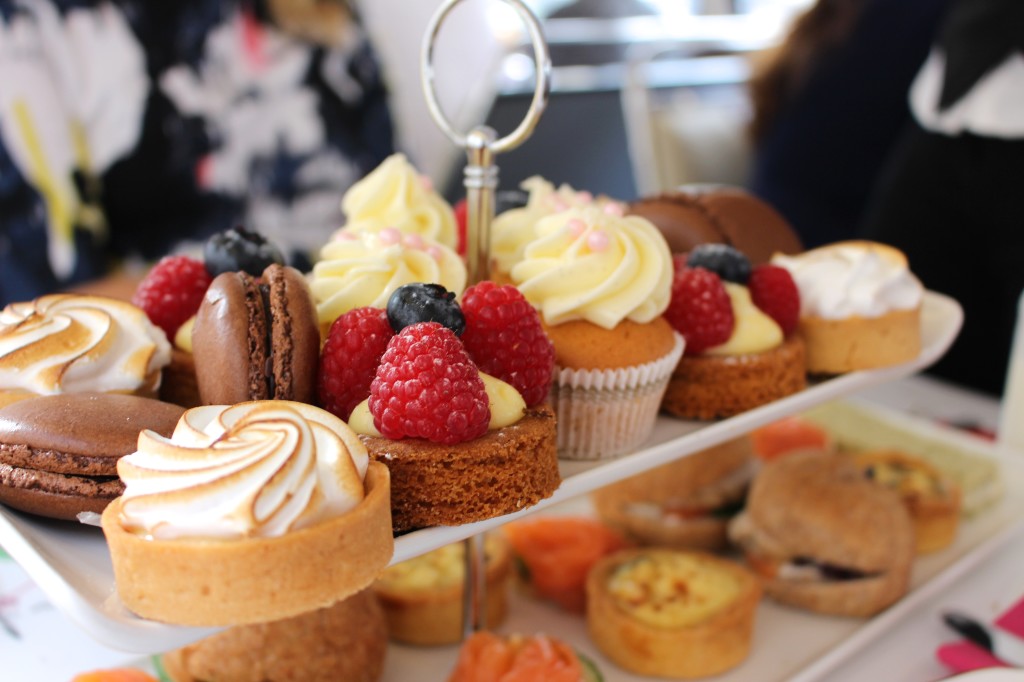 I rarely write about Central or West London; nearly all of my previous posts about London have been about my beloved East, where I live. I get the occasional email about things to do in London and I always feel a bit lost on what to recommend, especially if the person writing has never been to the Big Smoke before. While people want to find out about lesser-known places like Broadway Market and the Early Morning Rave, let’s face it: London has some of the greatest sightseeing spots in the world, from Buckingham Palace to Big Ben to Trafalgar Square.

It also has some of the best selections of afternoon tea.

Last month, when the Expedia Pioneer for the UK, Kelly, was just beginning her travels, she began in London. You may or may not know that I also work on that project as the Community Manager. I decided to join her, along with my colleagues Jose and Fabienne, for BB Bakery’s Afternoon Tea Bus Tour. Simply put, it is a double-decker bus tour of Central London… where you get to have a delicious afternoon tea. 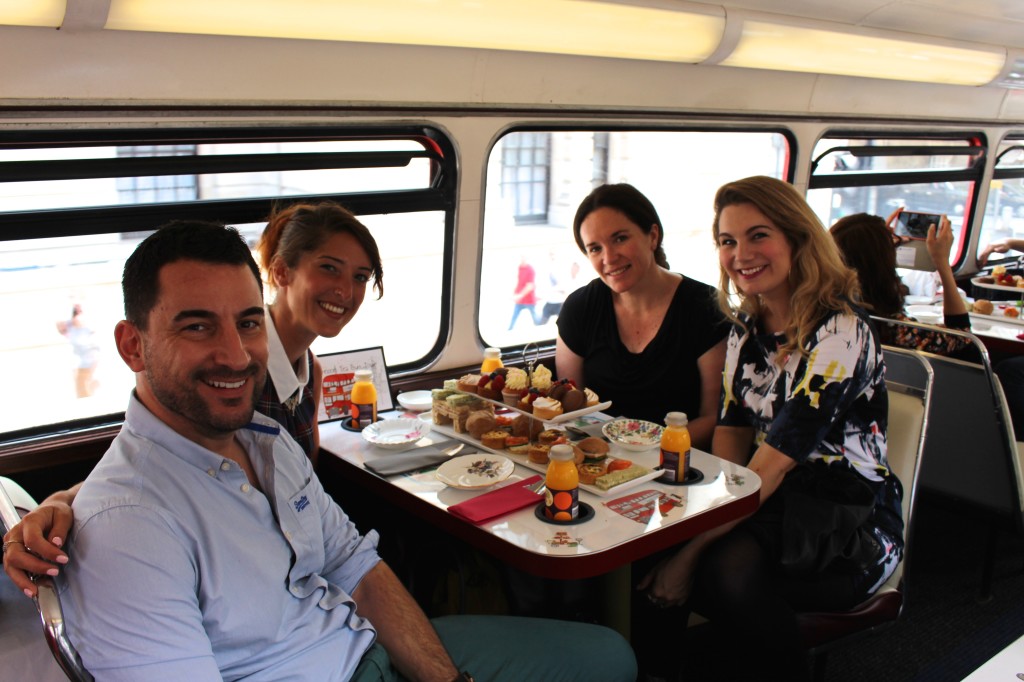 I was a bit skeptical at first; how good can it be if it is served on a moving bus? And won’t I get hot tea splashed all over me? This would also be the first time I was having a proper afternoon tea in London, and at £45 per person, I wanted to get my money’s worth. Afternoon tea usually costs that much in well-known establishments, however, and so I thought that partaking in one while sitting on a bus that drove past some of London’s best sightseeing spots was a very cool idea. Leaving at 12:30 and 3pm every day, I think it is a pretty fun thing to do whether as a London native or a tourist to the city. 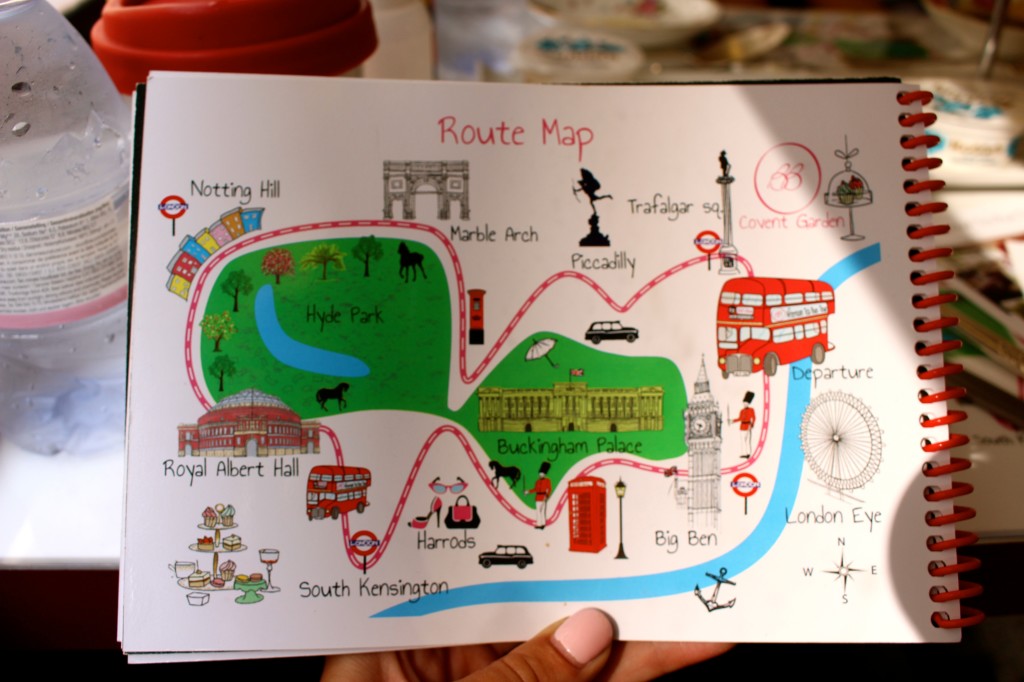 I also sometimes worry about tours – sometimes the tour guides talk too much, and there’s little chance to just enjoy the sights. On this occasion, I actually thought the guides didn’t talk enough; they didn’t point out any of the sights, or talk about London at all. They simply helped with the service, replenishing tea and water whenever needed. It’s up to you to look out the windows and discover the city. Because we were all familiar with London (despite only Kelly being from England, with the rest of us Canadian, French, and Spanish), this was actually quite nice; we were able to chat away, enjoy the food, and point out sights when we wanted to. If you are brand new to London, I still think there is some benefit here, as you can enjoy a cuppa while watching the city go by. Just be sure to follow the map! 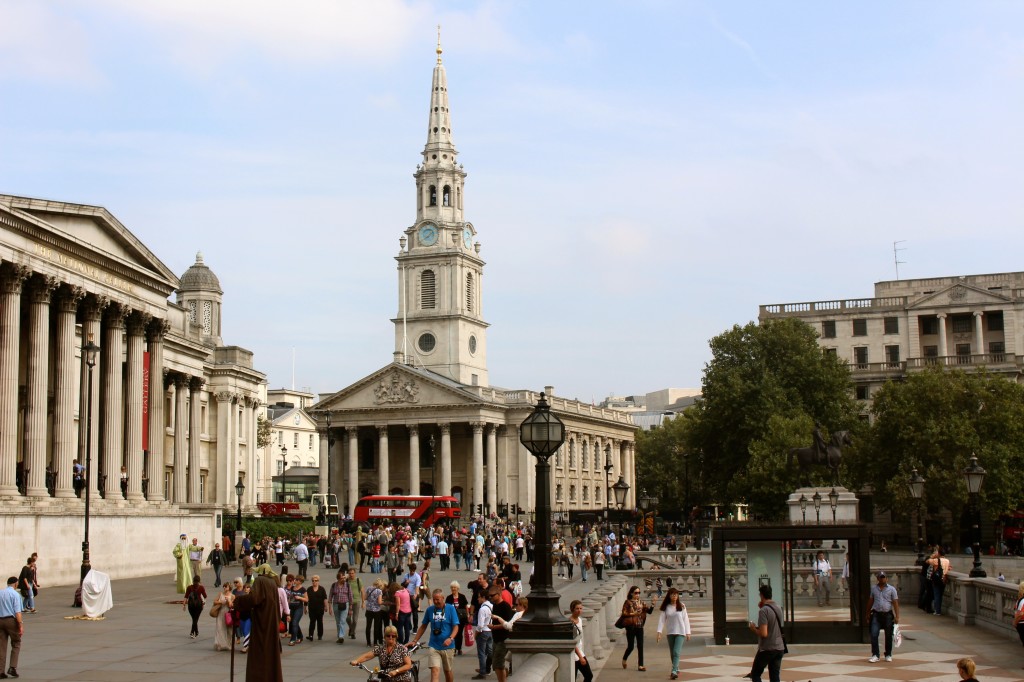 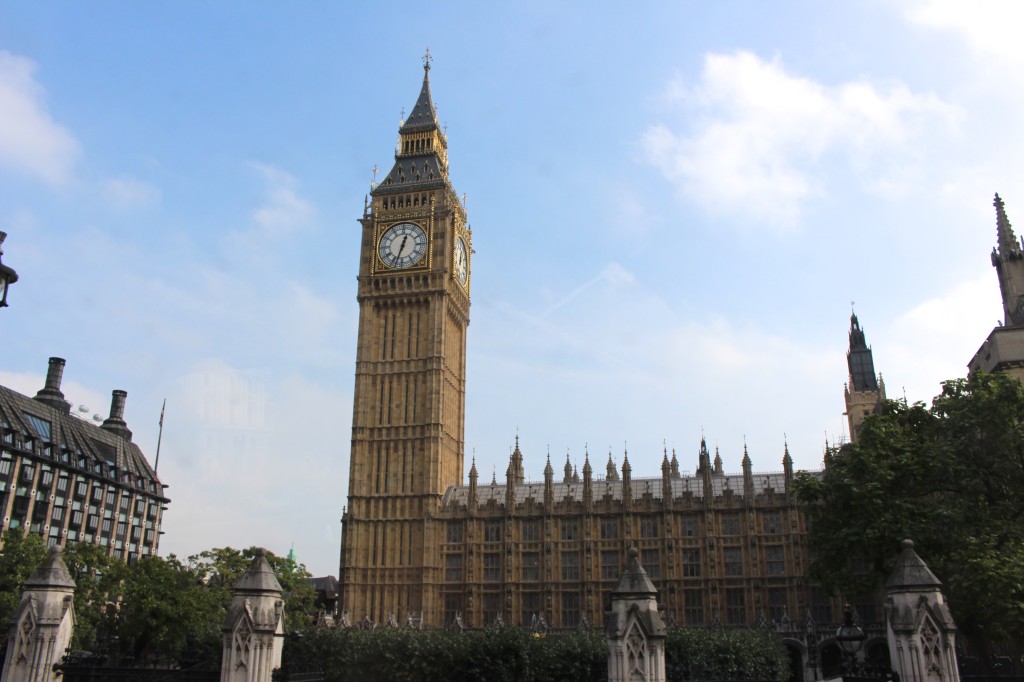 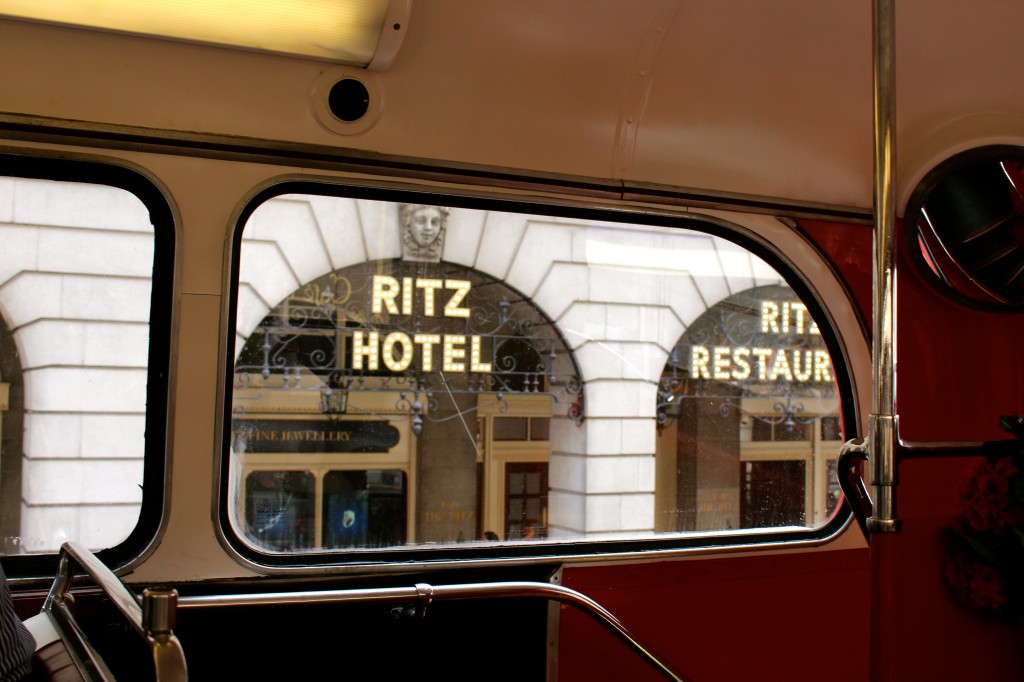 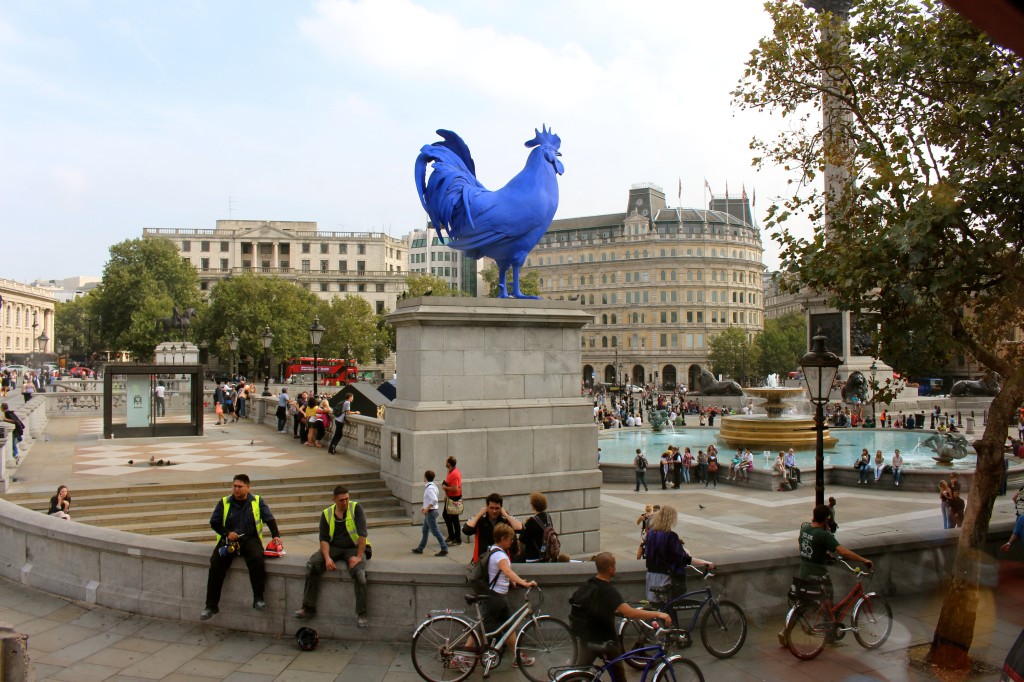 For my first afternoon tea in London, I have to say: it was absolutely delicious. The food was amazing, from the little sandwiches to the pastries and cakes. BB Bakery is known for having incredible sweets, and they certainly didn’t disappoint on the tour. As for my fear of spilling hot drinks, they served everything in ceramic cups with rubber lids, so there was no third-degree burns for souvenirs, thankfully. 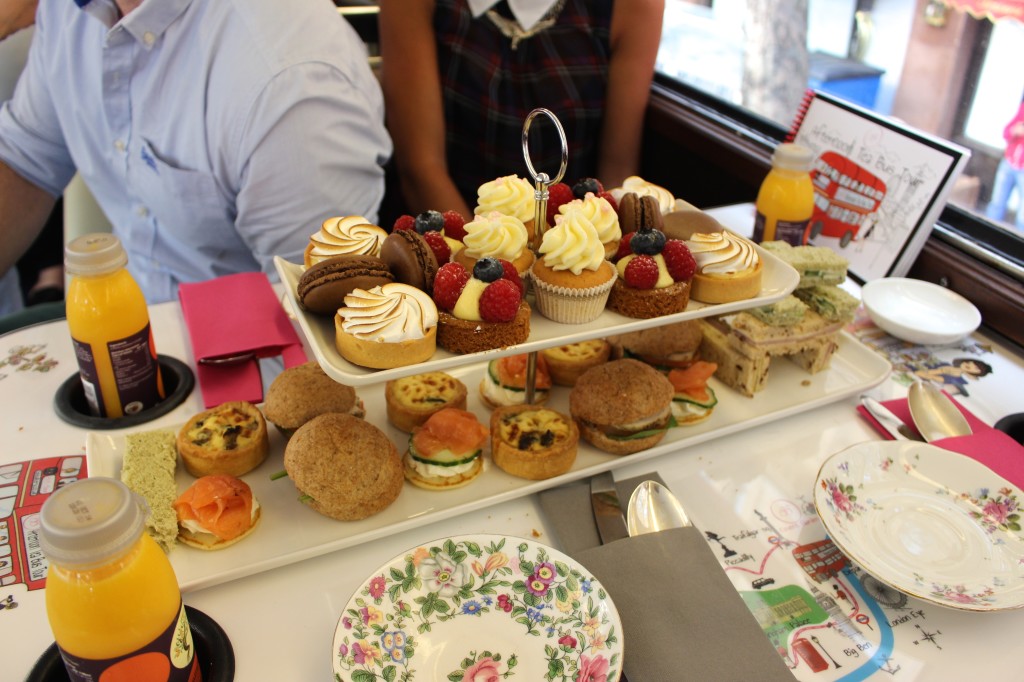 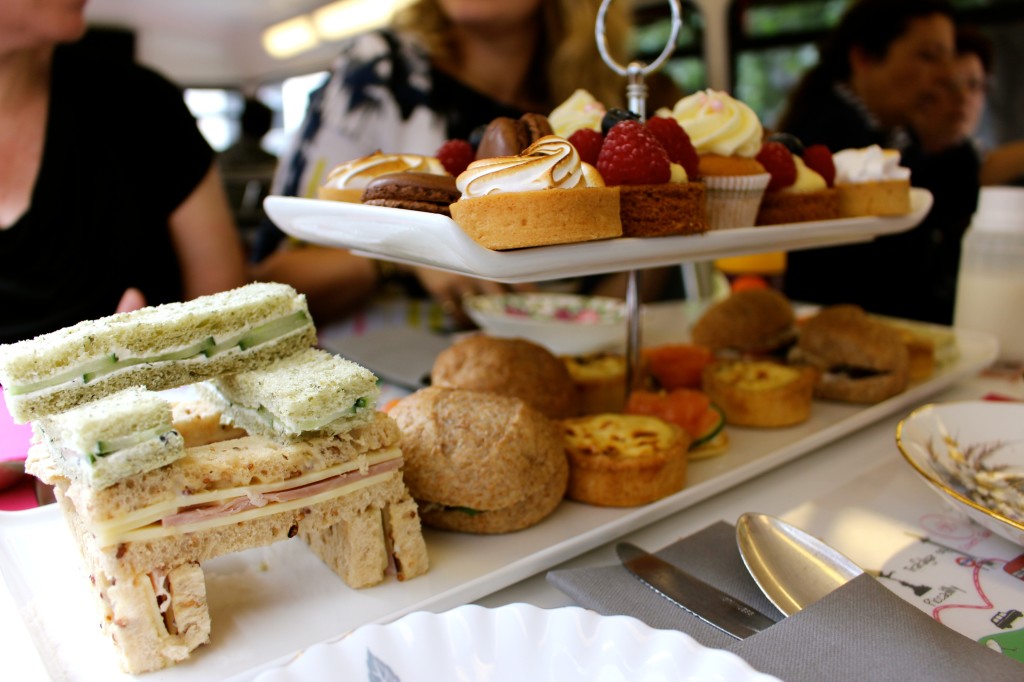 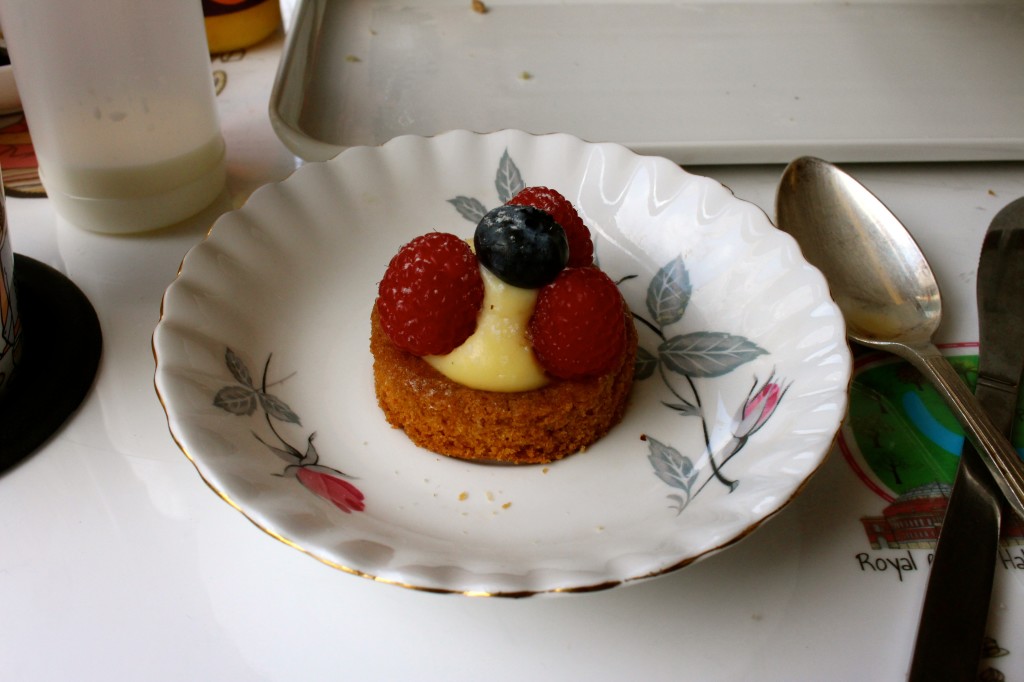 Overall, it is definitely a steep price if you are looking at a budget tour of London. However, if you’re willing to splash out a bit, I would definitely recommend the BB Bakery Bus Tour. The food alone is worth it, but bring a friend and enjoy watching one of the biggest and most fascinating cities from a double-decker bus. 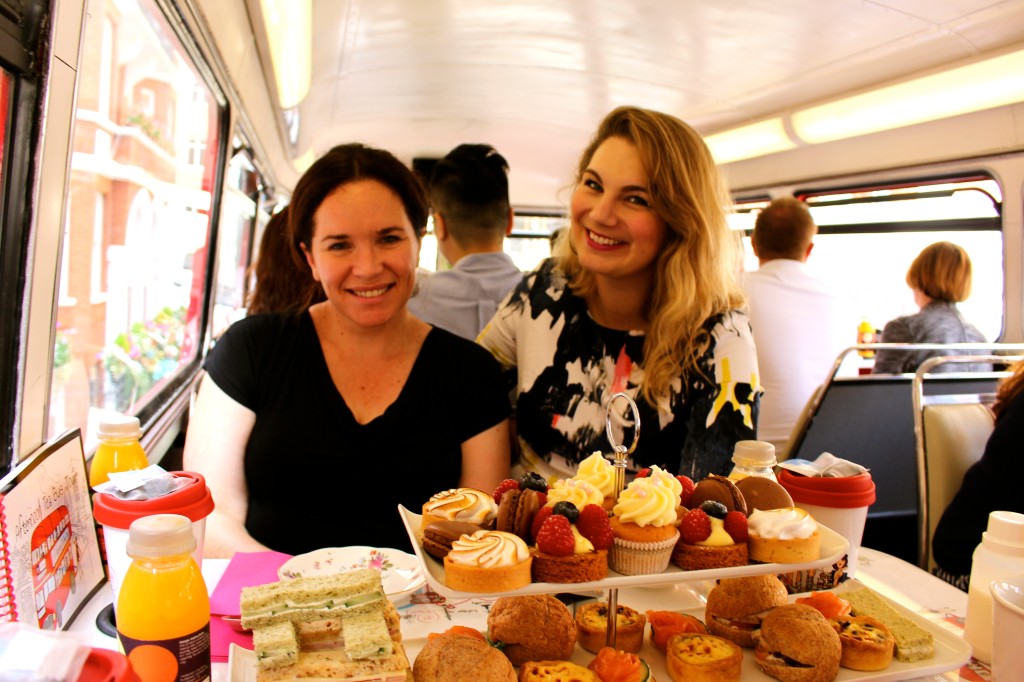 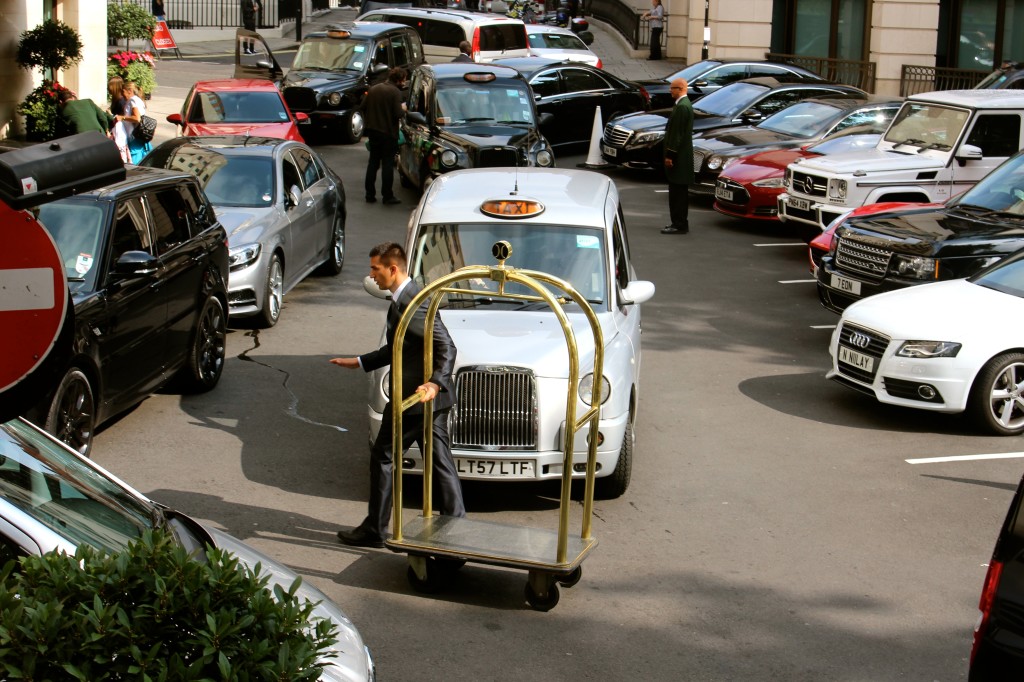 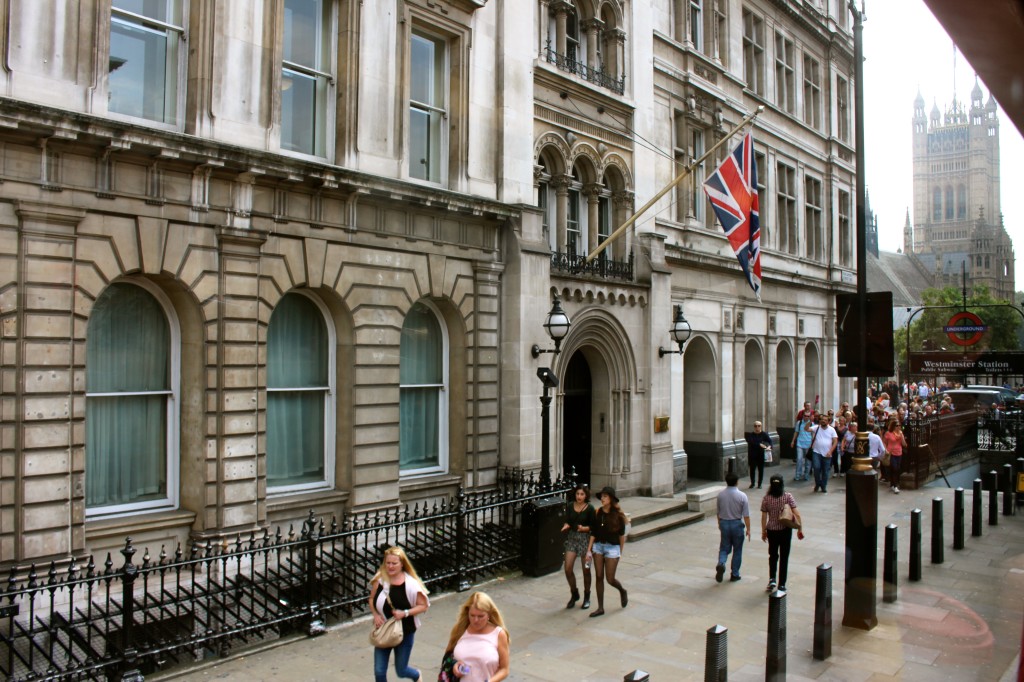 Is the BB Bakery Bus Tour of London something that appeals to you? Have you ever had afternoon tea?

The Best Food in Nicosia, Cyprus

Olympiaregion Seefeld: The Most Beautiful Place in Austria

How to Make Italian Pasta From Scratch

The Markets of Otavalo, Ecuador

Tips for Teenagers Who Want to Travel the...

This is so cute! I’ve been to London three times so I’d definitely give this a go. I like how the sandwiches are stacked like Jenga, haha.

I don’t see any scones with clotted cream though :O THE BEST.

They came after! They were also delicious…

I love this idea and would definitely try it if I ever revisit London!

I hope you do! It was so much fun.

This has been on my radar for months! I know the price is steep but for me, this looks like an absolute MUST DO next time in London.

I definitely think it is worth the price!

My boyfriend is from England, so I’ve had lots of homemade afternoon teas from his mum, but never actually been out for one on my visits there. It sounds like a fun way to see the city though!

I think that it is! I know it’s more expensive than the usual afternoon tea, but it was such a cool experience.

Wow! Such a unique experience. I would love to try it myself, this goes into my (someday) London itinerary.

That’s great! I hope you get to do it soon.

[…] to adjust my travel date accordingly just so I can stay here. While at it, I’ll take the BB bakery bus tour that serves afternoon […]

Oh my word, it looks absolutely delicious!! I’ve been to BB to sit in and have tea and cake a few times but never had the afternoon tea or done the bus tour and it’s been on my list for a while now – just waiting for the next special occasion that I can use as an excuse to go on it!

I’ve never been to the bakery itself… but I would love to go after doing the tour, as the food was amazing. I hope you get to do the bus tour soon!

This is such a cute and British thing to do. I have never had a proper high tea before 😉

You’ll have to come back to London and have it!

Next time I come back( hopefully sooner than later), I want to do a few more touristy things…you will be my guide of course 🙂

Yes! Hopefully I won’t be as busy next time. Come back soon!! xoxo

I was just in London over the summer. I can’t believe that I missed out on this lovely gem. Touring the city with tea and cakes, that’s my type of leisure.

I guess you’ll have to come back for another visit… 😉

[…] made. And I still stand by every word of that post. From Broadway Market to Saatchi Gallery, to afternoon tea and early morning raves, I’m still very much in […]