The Beauty of Tayrona Park, Colombia 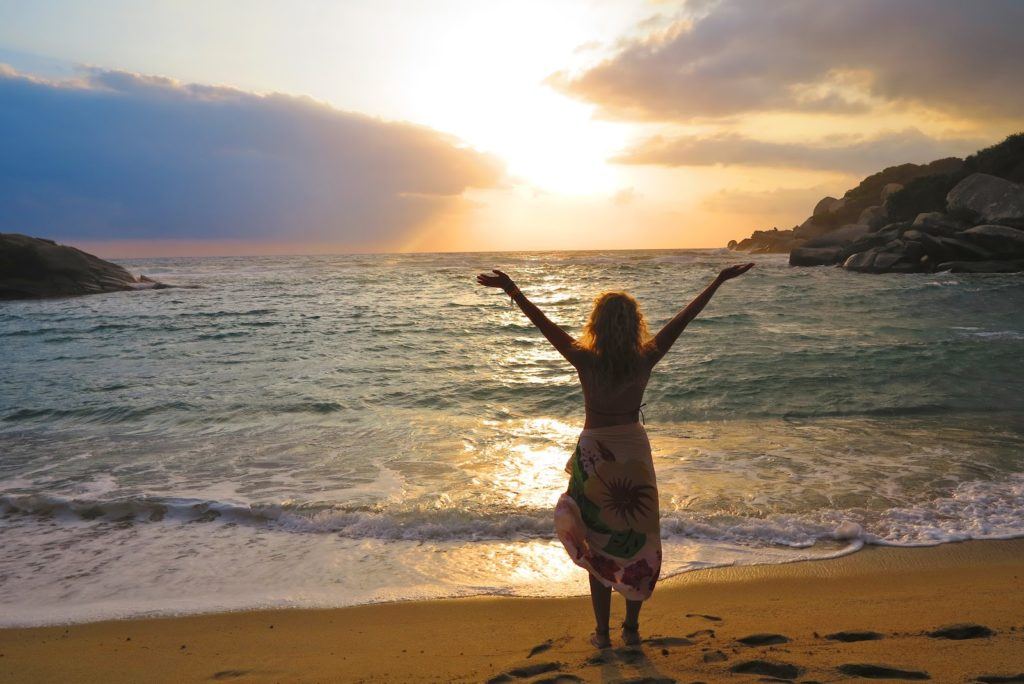 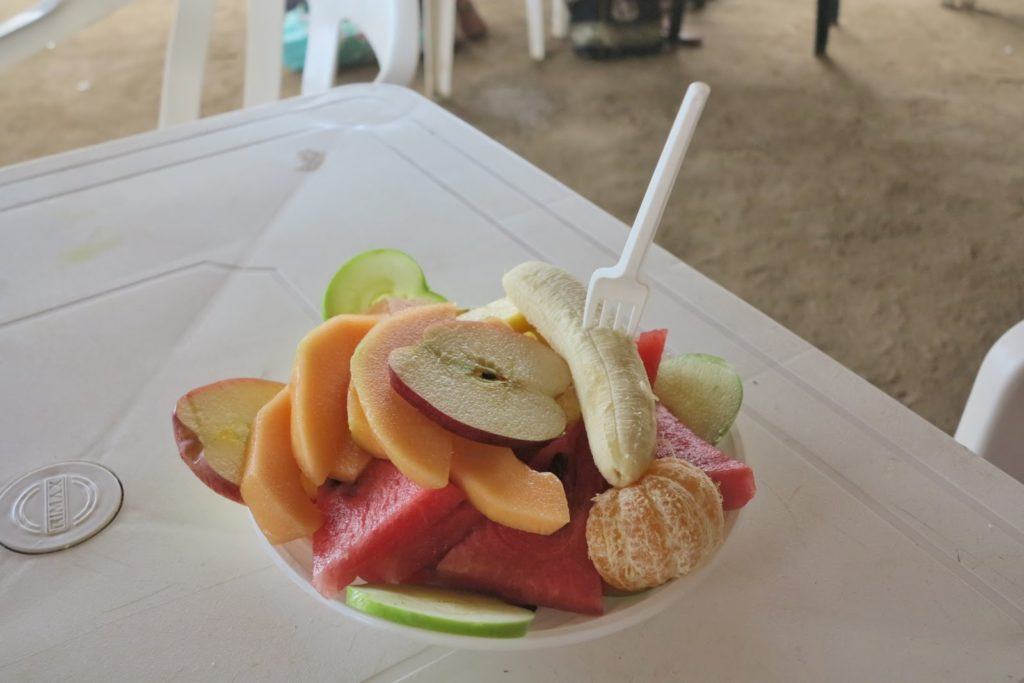 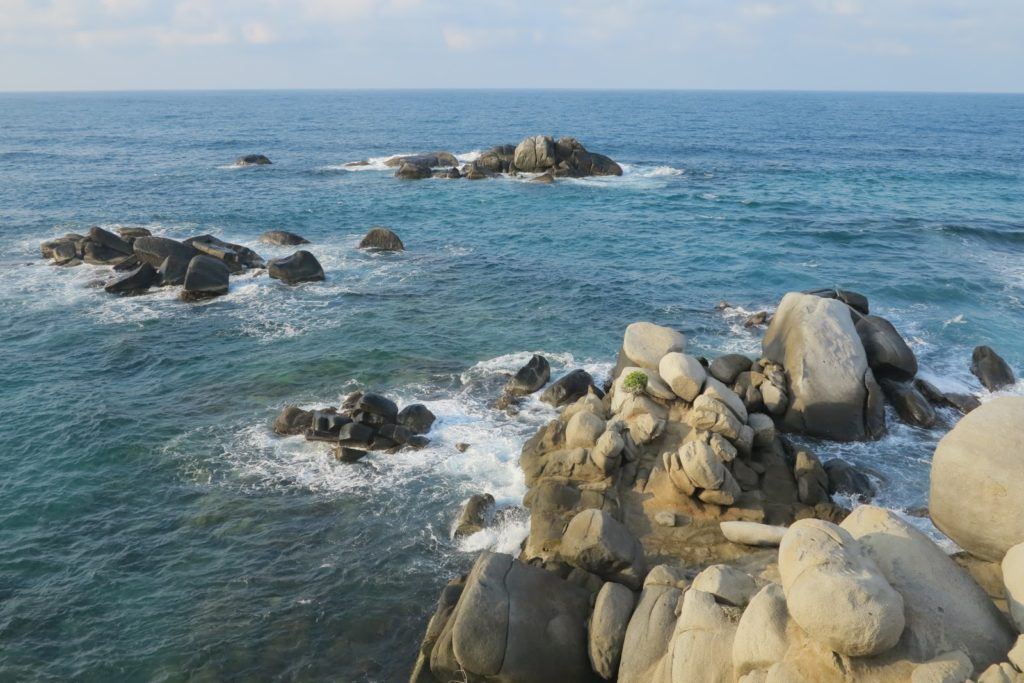 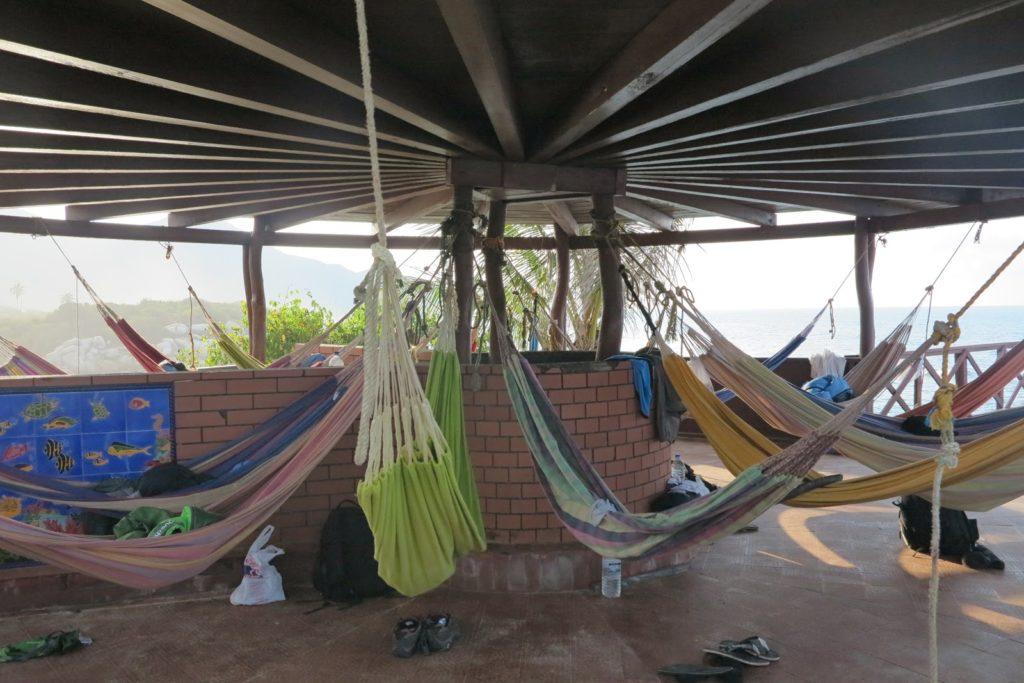 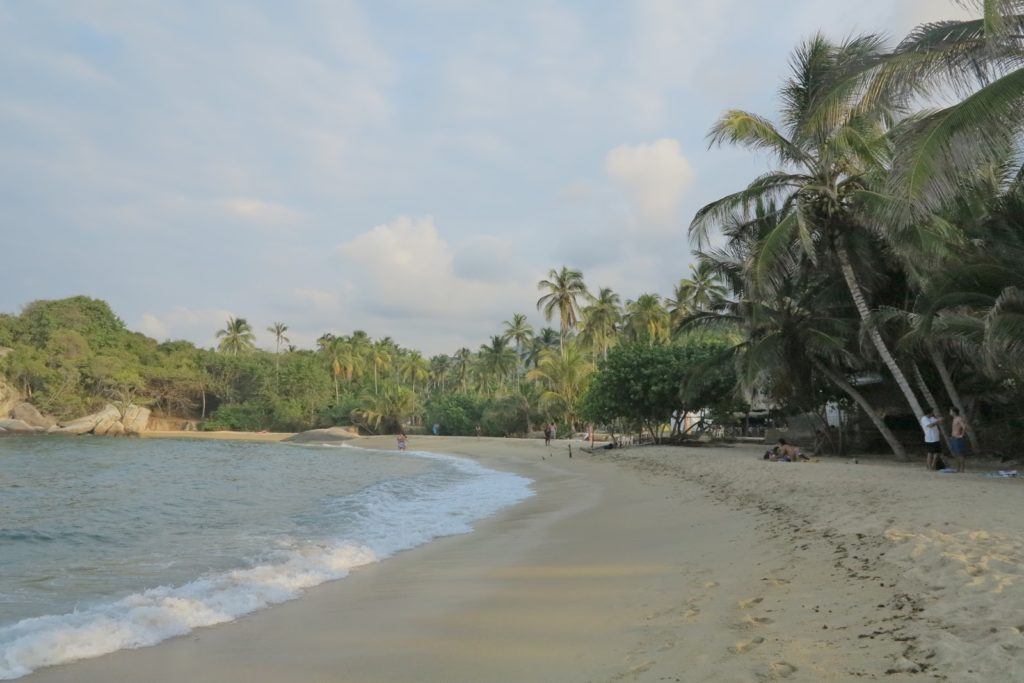 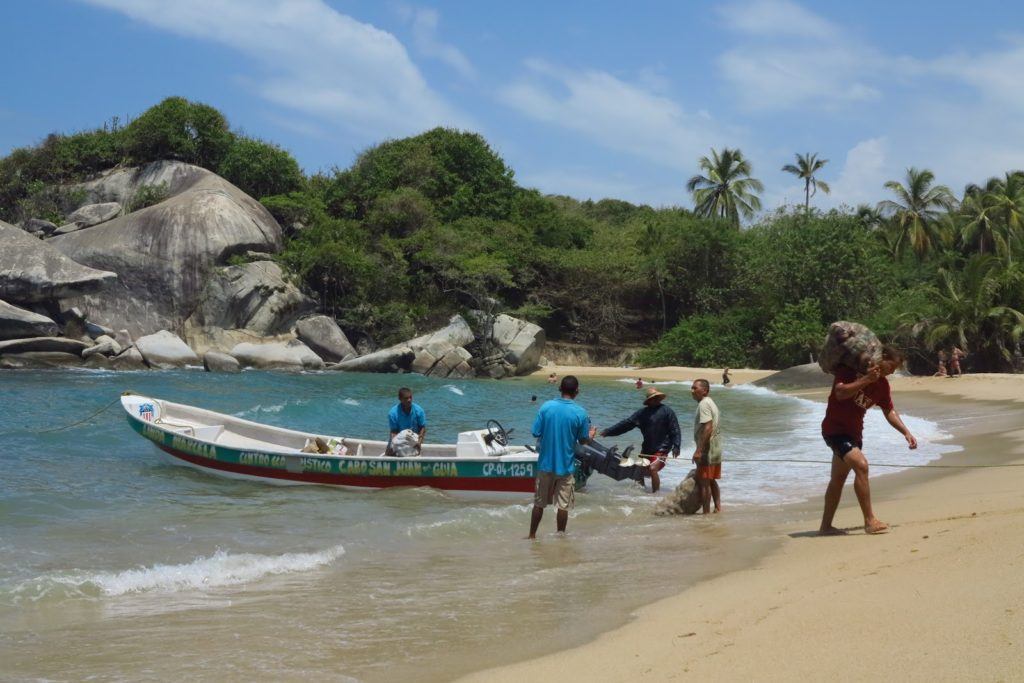 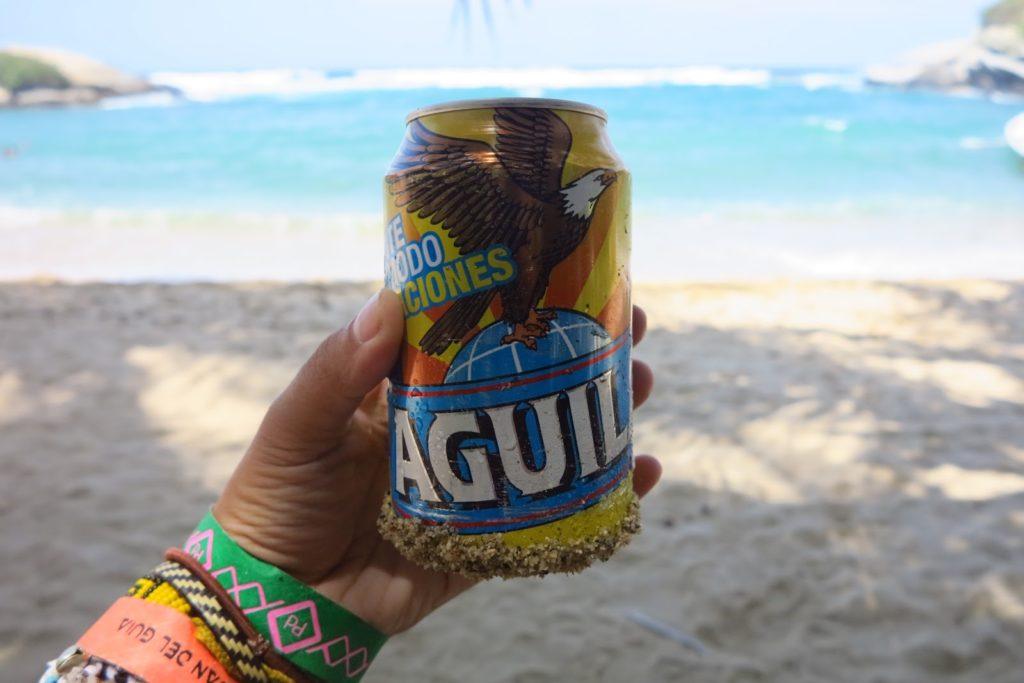 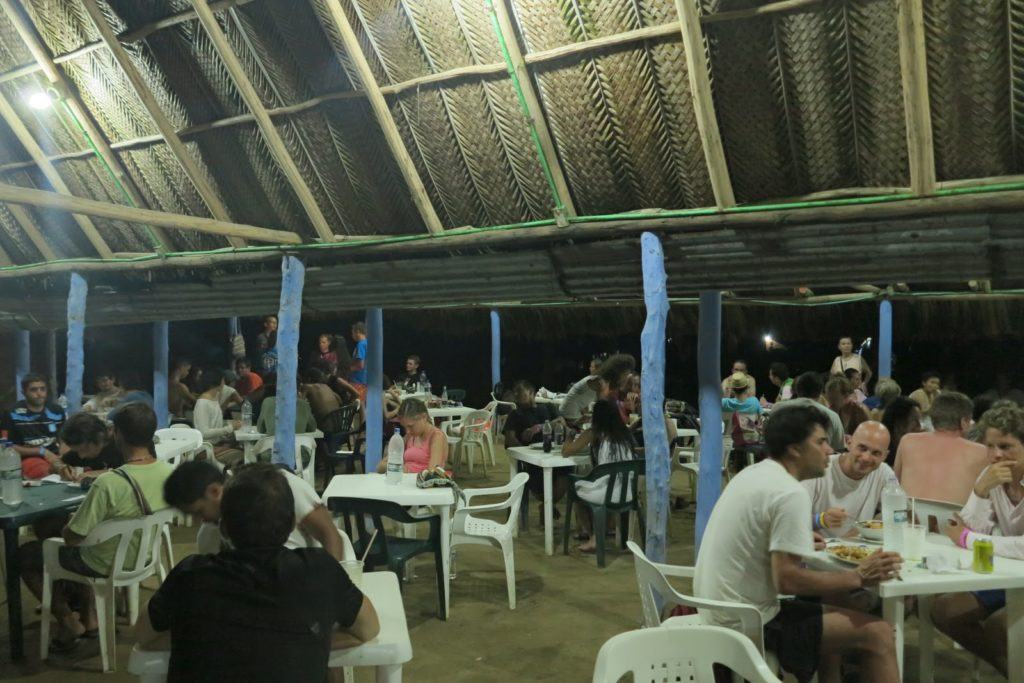 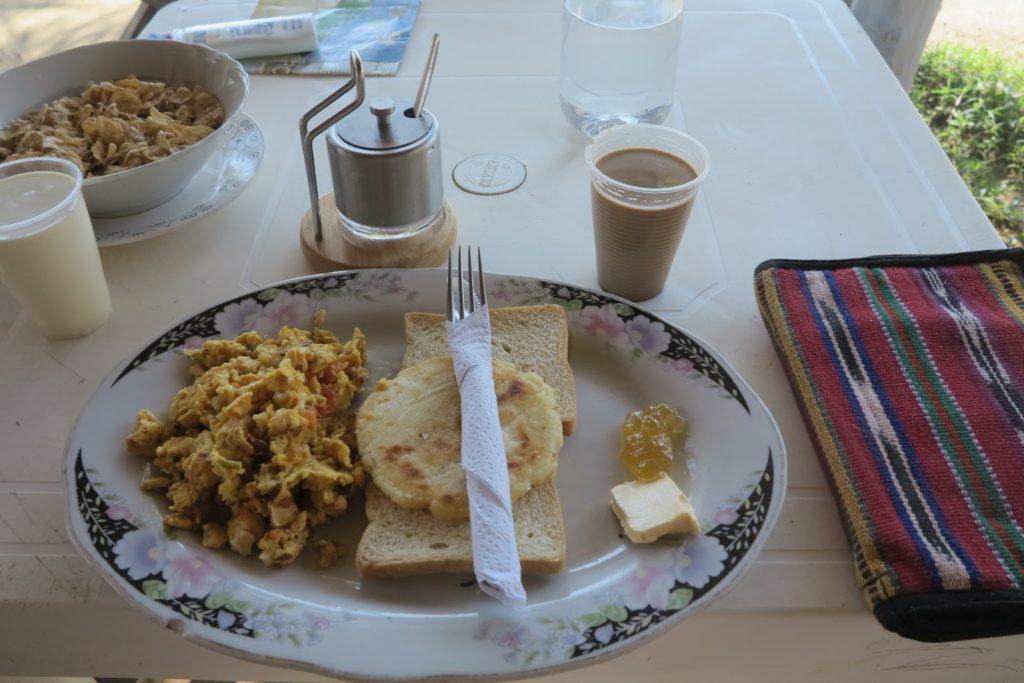 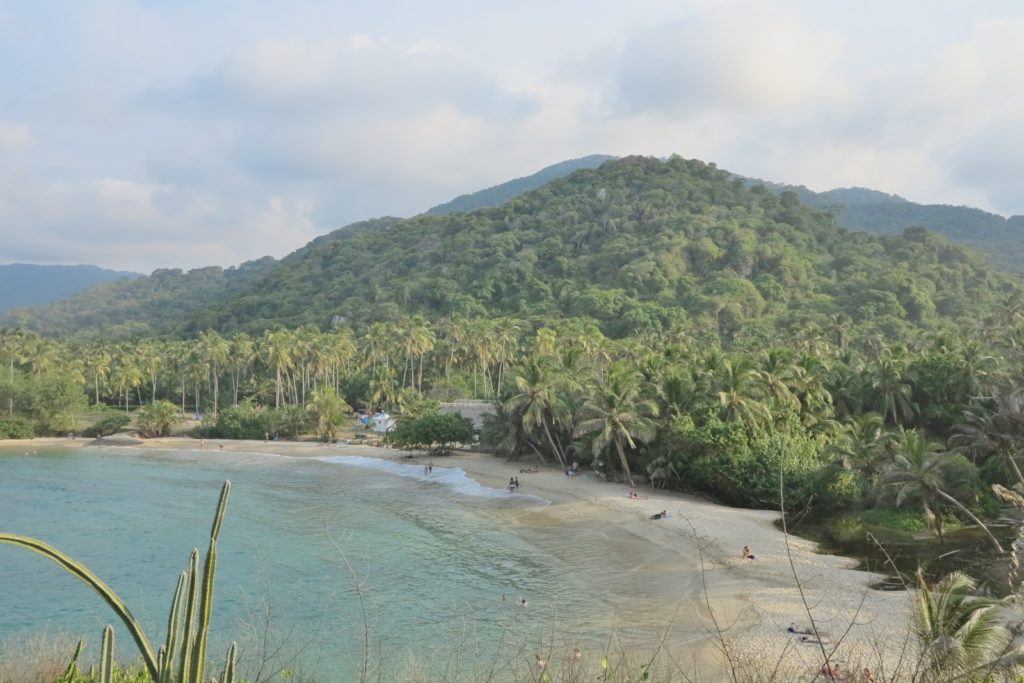 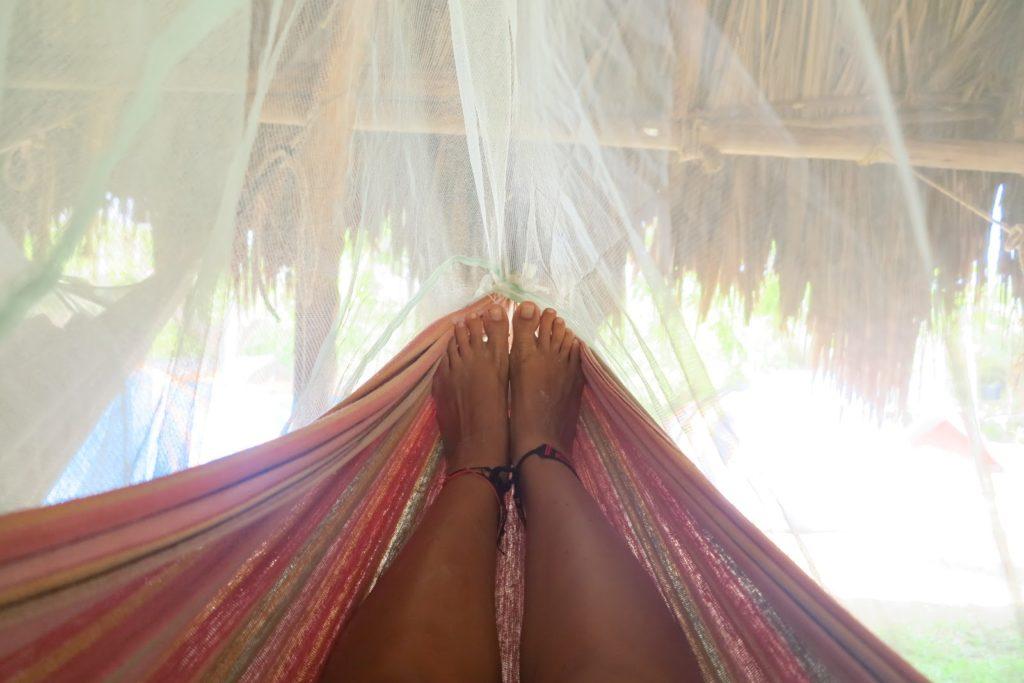 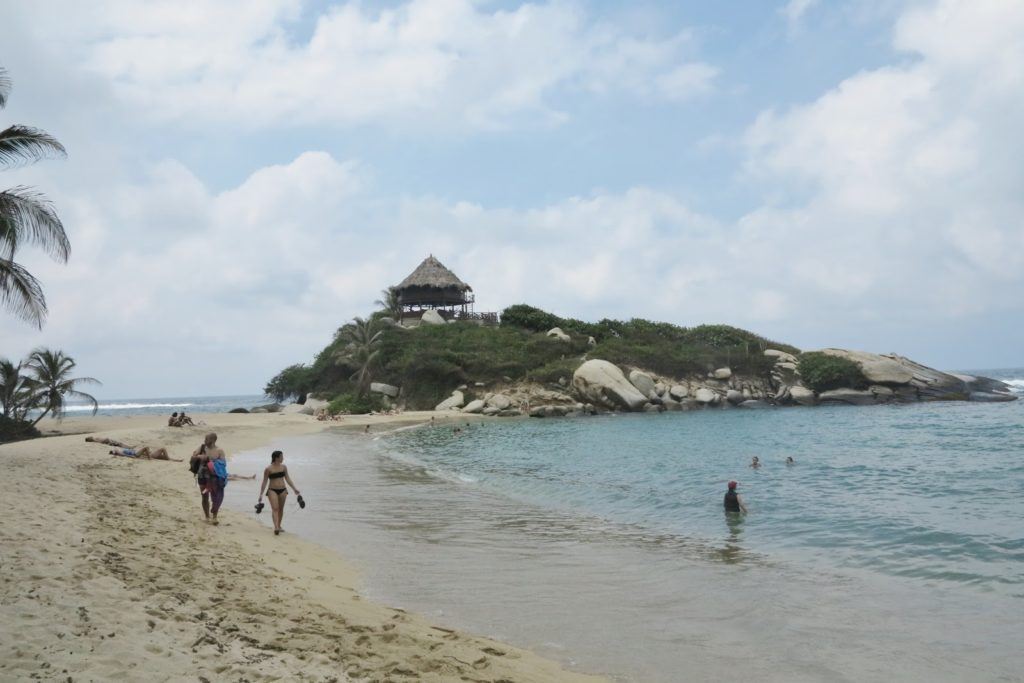 There are few places in the world as beautiful and idyllic as Tayrona National Park. I spent three days there last August, basing my life on the rising and setting of the sun. We ate piles of fresh fruit every morning, big plates of meat and rice for dinner. We attempted to beat the stifling heat with ice cream, beer, water, but the only thing that really helped was going in the ocean. The water there was flecked with gold; it sparkled in our hands as we attempted to catch it.

There was little to do in Tayrona other than hike or relax, and I filled my days with the latter: reading, napping, lying in the sand, swimming, talking to other travellers. I slept surprisingly well given that I slept in a hammock surrounded by other people, but perhaps that is the benefit of all that sun and sea. And just like that, it was time to leave, time to head back to the road and to continue our path through the country. I could have stayed longer, though. I could have stayed for weeks.

I don’t know why I’ve been thinking of Tayrona so much these past few days. Perhaps it’s the excess of snow we’re experiencing, perhaps this white landscape has me craving green trees and blue waters and pink skies. Perhaps it’s because, once you’ve seen paradise, you can never really stop dreaming of it.

It’s easy enough to get to Tayrona from either Santa Marta or Taganga – only a short bus ride away, the park follows the coast of Colombia, a mix of water and land that brings in over 200 000 visitors a year. Costing 40 000 Colombian pesos (approximately $25) for foreigners to enter, there are dozens of hikes and trails to follow, most culminating in beaches and views of the ocean. Tourists can stay at a number of sites, though most backpackers tend to gravitate toward the cheap hammocks and tents for rent at El Cabo, where lockers are available for valuables. Bring food if you can, as there are very limited places to eat and the prices are exorbitant. Cash is necessary as there are no ATMs in the jungle (duh). Alcohol is not allowed in the park (with the exception of beer bought at the restaurants within it) and any found by police will be confiscated. Be prepared to encounter a lot of police officers, and for a search of your bag and/or person.

that pile of fruit looks so good!

It looks beautiful! And I’ll second how great that pile of fruit looks!

I really couldn’t get over how gorgeous it was…

This place seems PERFECT. I would love to sleep in a hammock like that for a few days! I’ve been looking into booking a trip to Colombia lately and this really gives me another push!

Hands down, Colombia is one of my favourite countries. You won’t regret going, I promise you that!

That place looks like summer camp! I just had a big bowl of mangos, bananas, and pineapple with almond milk for breakfast, so I guess I’m trying to channel the tropics as well. But the North Carolina pine trees outside of my window just aren’t cutting it…

Ha ha, I suppose it was like summer camp for backpackers! I’m on a huge health kick right now and so I’m eating lots of fresh fruit…it doesn’t compare to the fruit of the Caribbean, however…

This is beuatiful! High life!! Love the food photos as well 🙂

omg i want to eat that pile of fruit RIGHT NOW! looks so yummy! I would absolutely love to sleep in that hammock- looks so relaxing and peaceful!

Yes, I’d love to be there, too! Fresh fruit, cool breeze from the ocean, hammock in the shade…

Definitely a slice of heaven on hearth!

It really was! I’d love to go back…

So interesting to hear how it’s changed in only a couple years. When I was there I didn’t see a single police officer. I did, however, drink a lot of coffee and eat a lot of pseudo oreos!

Oh wow! Crazy. Someone I know was actually kicked out of the park by police for possessing alcohol and pot. I can’t say I feel much sympathy, though, considering the rules are pretty set in stone…

[…] for Colombia; we had heard of certain cities, Bogotá and Medellín and Cali, and had been told of the beauty of Tayrona Park. We didn’t know much else about the country, though, despite our research beforehand. Often […]