When Plans Change, Or, Why I’m Not Going To Jordan 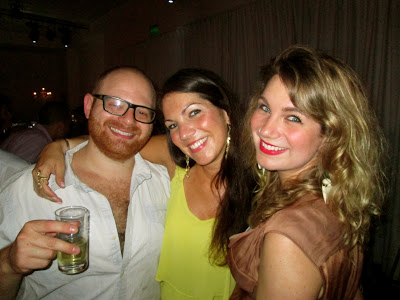 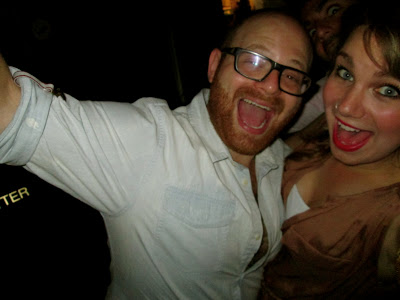 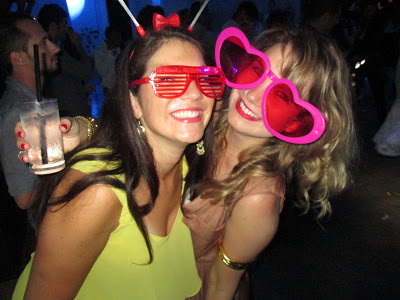 Tel Aviv, Israel
I’ve been in Israel for ten days now. Originally I was going to spend only eight days here, and then head south to Aqaba to dive in the Red Sea, and then go to Petra, and then fly out of Amman. I was going to do all of that in four days.
And then a funny little thing happened. Well, no, it’s not that funny at all – it’s entirely predictable and logistical. I decided to stay in Israel, to simply stay in Tel Aviv. I’ve made this mistake a few times, planning to go somewhere and then realizing that I do not have the time, the energy, or the money to go to each and every place I set out to visit. As I said when I cancelled my plans to visit El Salvador, it just doesn’t make sense for me at the moment. Three months from now, I’ll be living in London and able to fly to Jordan quite easily, able to fly when I have a bit more time to spend in the country and perhaps even a travel partner to spend it with.
The main reason I’m not going to Jordan, however, is an even simpler one: I want to stay in Tel Aviv and be with my sister. She lives here with her boyfriend, Tom, and the entire reason for this visit to the Middle East was to see them. We’ve been having such good time here: partying with their friends, visiting local museums, shopping, relaxing on the beach, and, of course, indulging in far too much food and drink.
As I’ve gotten older and as I’ve travelled more, I see how my priorities change when I’m on the road. When I first travelled solo through Europe over seven years ago, I was a blur of movement, switching cities and countries more frequently than some travellers change their socks. Over the years, however, I’ve slowed down considerably, preferring to stay in one place and get to know that place well rather than zip through to simply check a place off of a list. I found a few places like that through Asia and South America (Hoi An, Koh Tao, Pai, The Perhentians, Kathmandu, Antigua, Utila, Granada, Taganga, Sucre, Buenos Aires, to name a few) and now I’ve added Tel Aviv to that list.
I won’t lie – most of my time here has been spent sitting on my bum with either a coffee or a drink in hand. And, wouldn’t you know it, it’s been the best time ever.
*Follow me on Facebook and Twitter!*
AsiaIsrael
13 comments
2
Facebook Twitter Google + Pinterest

The Story of Little Corn

The Perfect Gifts for a Traveller

It totally makes sense to stay in Tel Aviv longer when you have family there – plus it looks like you’re having a lot of fun! 🙂 In the past few years I’ve found myself making the same choice – do I want to go somewhere new or would I rather visit relatives that I haven’t seen in years even if it means passing up a new country? Family wins me over more often than not. 😉

Yes! Family always wins. I don’t know how long my sister will live here and so spending some time with her here is an unforgettable experience.

Yay!!! Good for you! As we discussed my travel priorities and style have also changed (you’re reminding me that I’m supposed to be writing a post on that!): I’m more interested in enjoying and getting to know one or two destinations rather than rushing around trying to fit everything in! Let me know when you’re back in London so we can hang out! Enjoy lady!!

Definitely! I’d like to see that blog post of yours. I just messaged you about dinner on Tuesday – I hope it works out seeing as I head back to Canada on Thursday!

Looks like an amazing time! We’ll be there in a few weeks & I cannot WAIT – any bar/restaurant/other recommendations you have? We really know very little about TLV, having only been there briefly once or twice before.
When you’re back here let’s do lunch for sure!
I want to hear all about it. :)x

For sure – I will get my sister to write down the names of the places we visited! There were some amazing restaurants and bars. I would love to do lunch – will message you right now! x

I feel the same way about slowing down now instead of hopping everywhere in a short period of time. Have fun with your sister!

Thank you so much! It’s been a great time with her!

I think Tel Aviv sounds like an amazing place to take a break and soak in all it has to offer. I would love to hear more about the food there, I have always wondered about it!

The food is INCREDIBLE. Seriously. Every meal I eat is phenomenal.

From what I’ve heard Tel Aviv is amazing so I can believe you’re having a great time! And I find the same- as I get older my pace has slowed down dramatically.

[…] Israel isn’t often in the news for very good reasons, especially now. I’ve always said that I wouldn’t get too political on this blog, especially when there are so many sides to a story and especially when I don’t feel that I have the knowledge or the authority to speak about it. What I can say about my time in Tel Aviv last year is that I stayed far longer than I thought I would; I had initially intended to stay there for a few days, then head south to Eilat to dive, then head into Jordan. I even had a flight out of Amman. After spending a few days with my sister Zalie, who lives there, I knew I wasn’t going anywhere. There’s something to be said about putting two sisters together in a city with a beautiful beach and an abundance of amazing restaurants. Simply put, I was more than happy to stay in Tel Aviv with her, and cancelled that flight from Jordan. […]