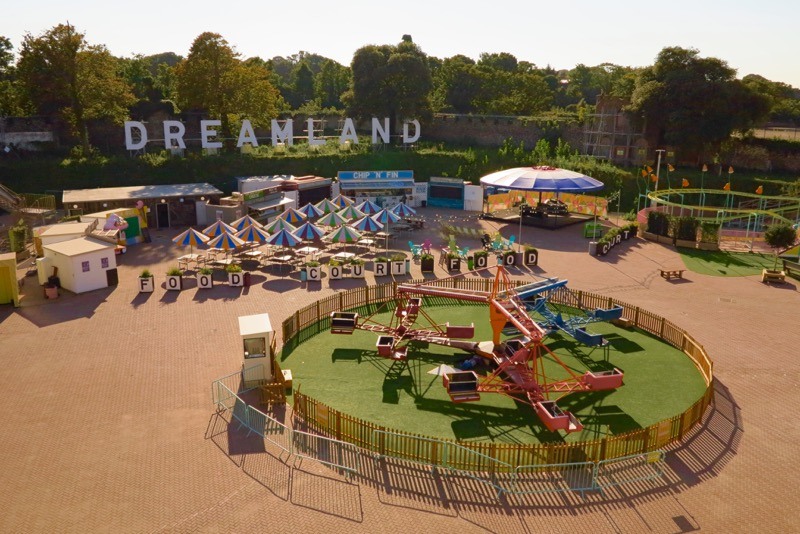 If you’ve ever taken a look at my Instagram account you know that I’m not exactly one for muted, soft tones. I love bright colours, vibrant reds and blues and yellows. My winter jacket is lime green, so that has to tell you something. I’ve often written about my love of bright colours on this blog, always highlighting different hues I’ve found around the world.

I started noticing brightly-coloured photos of an adorable vintage-inspired amusement park on Instagram about two months ago. It was aptly named Dreamland, and I quickly discovered it was located in the coastal town of Margate, in England’s region of Kent. Less than two hours away by train from London, I started to plan a weekend trip or even a day off in order to go and experience the place for myself; it just looked like too much fun to not see it in person. Less than a week later, fate intervened, as Visit England wrote to me and asked if I’d like to visit Dreamland on their behalf. 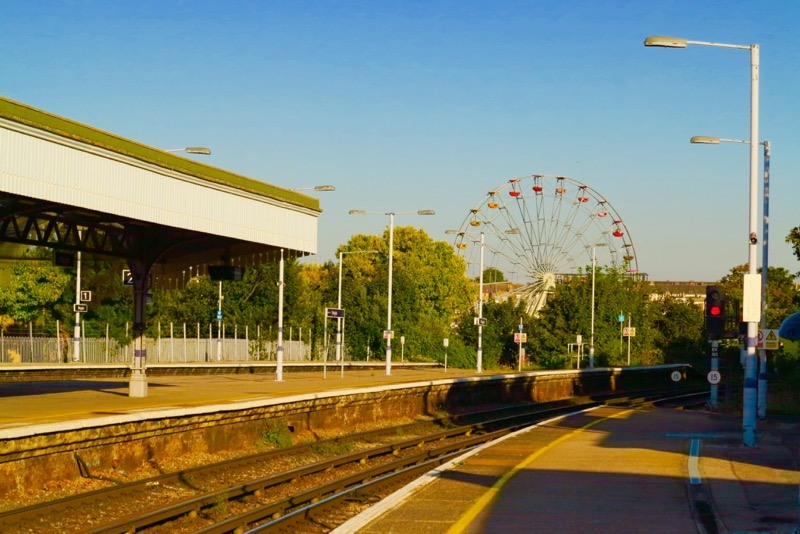 I arrived on a warm and sunny day at the beginning of October; I could smell the ocean in the air as soon as I stepped off of the train, and a few seagulls cawed overhead. From the tracks, I could see the ferris wheel in the distance. After wandering around Margate – which I’ll talk about another time, because it deserves its own post – I made my way to the gates of Dreamland, spurred on by vintage signs pointing the way. 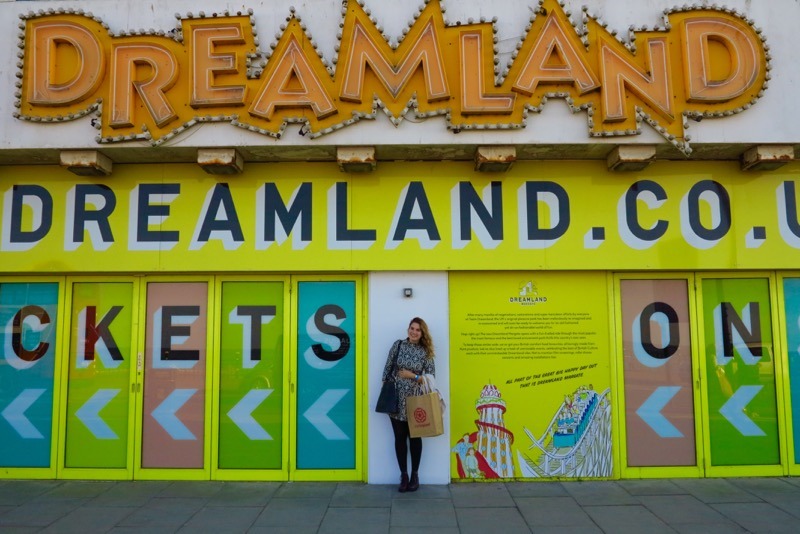 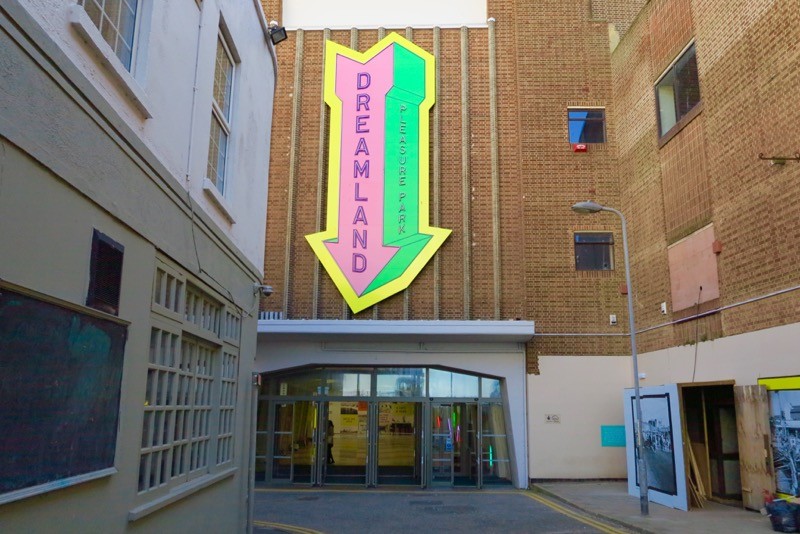 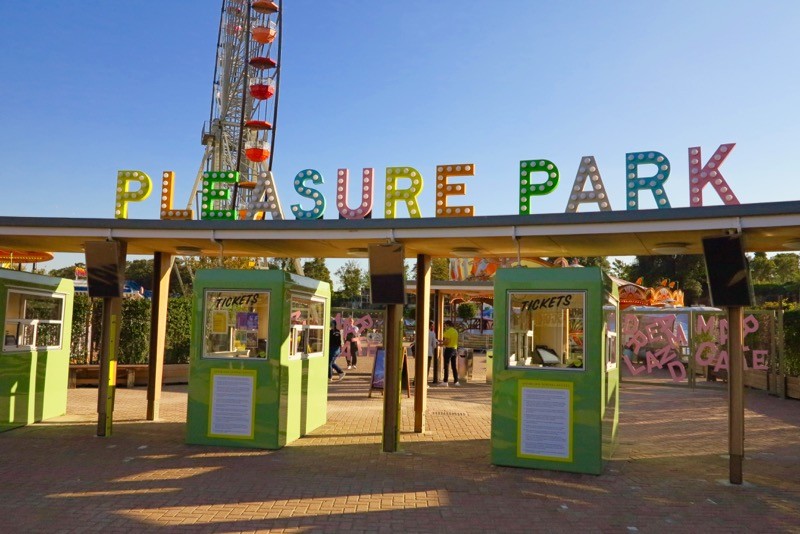 As I arrived just as the gates were opening, I basically had the park to myself. There was the colourful ferris wheel, of course, but also a penny arcade and vintage games and bumper cars (called Dodgems in England, you learn something every day) and candy floss and a merry-go-round and a roller disco and basically everything you could possibly want out of a vintage amusement park. Above all else, and what kept striking me throughout the day, was that Dreamland represents an idea of reminiscence, of the memory of walking around fairgrounds with wide eyes, the smell of mini-donuts in the air. The funny thing is, I’m not even sure that I ever really experienced that as a kid; the fairs and amusement parks I went to in the 80s and 90s were all modern, filled with flashing neon lights and White Snake blasting over the speakers. Dreamland sells an idea of what we imagine amusement parks of the past to be like, a real-life version of the romantic vision I have of the perfect fairground. A dream of the perfect fairground, you might say, although at Dreamland it actually exists. 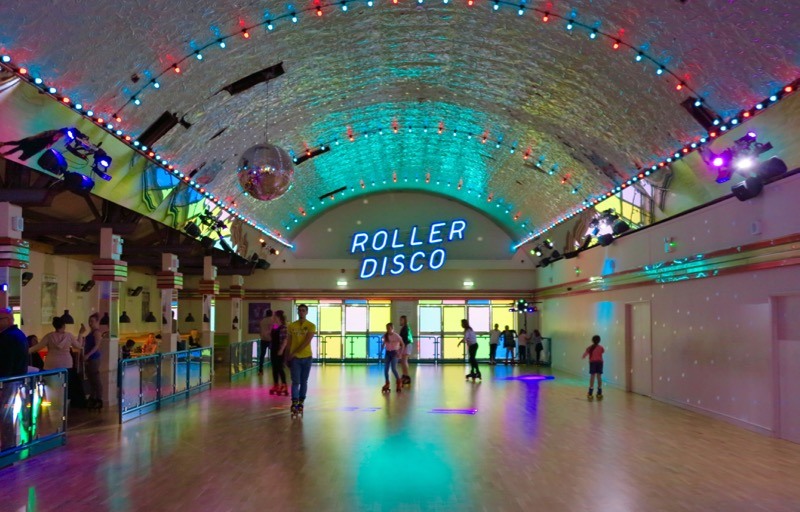 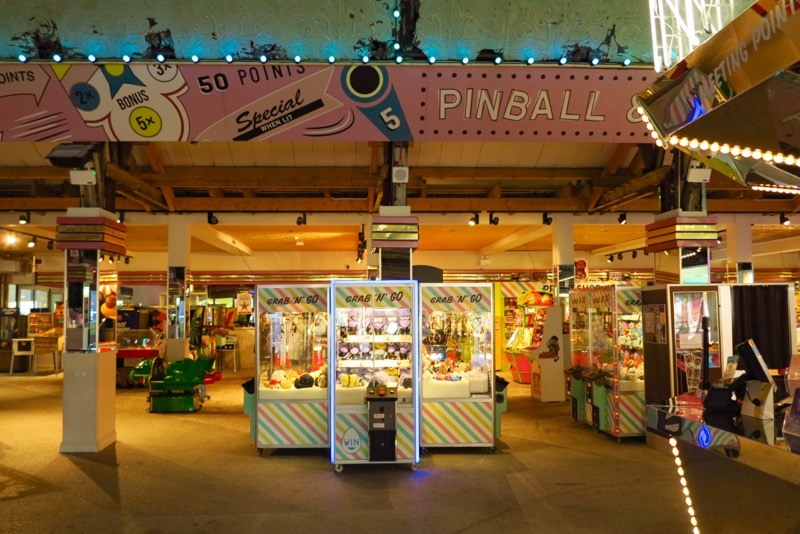 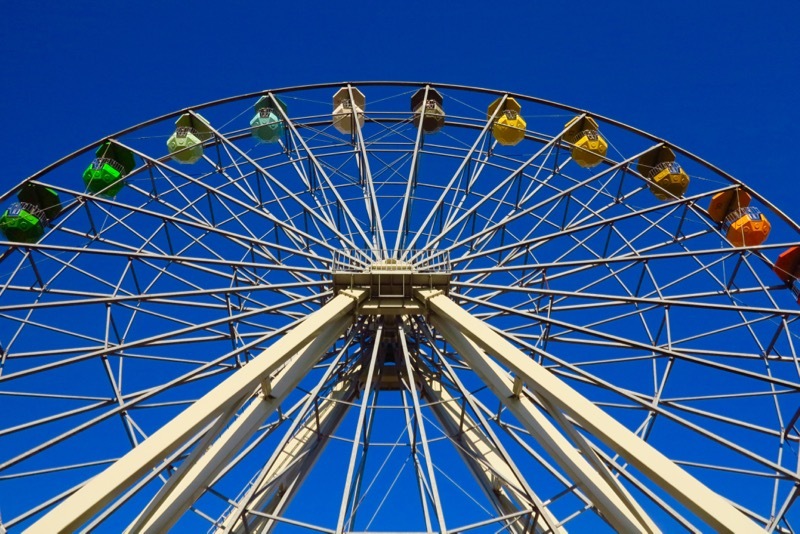 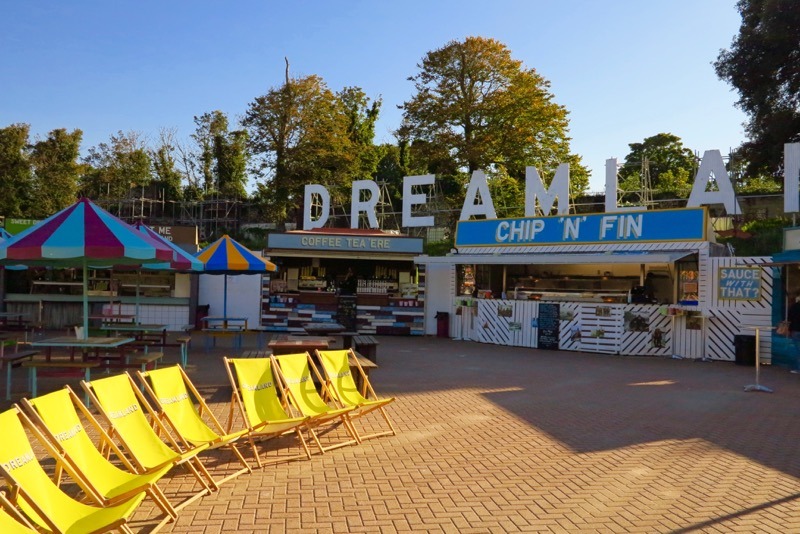 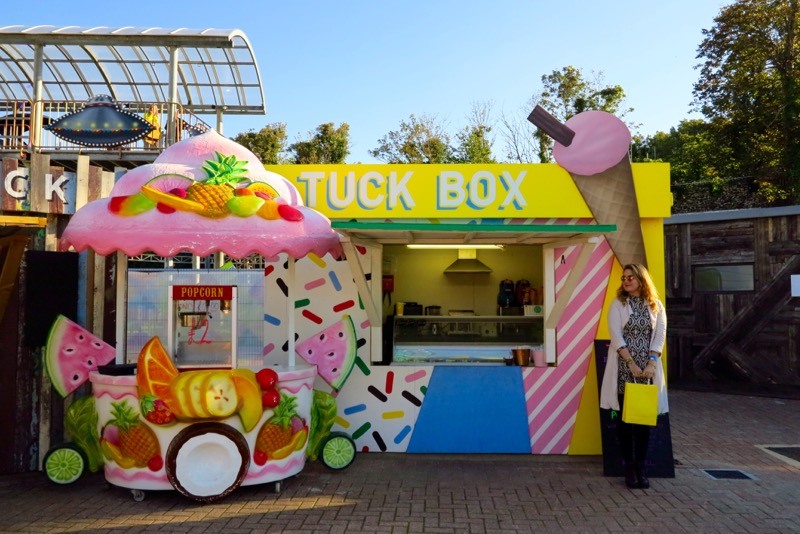 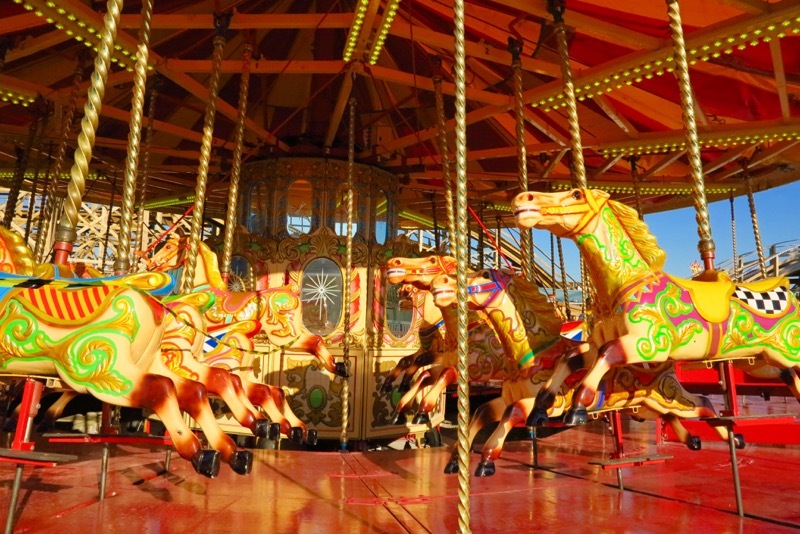 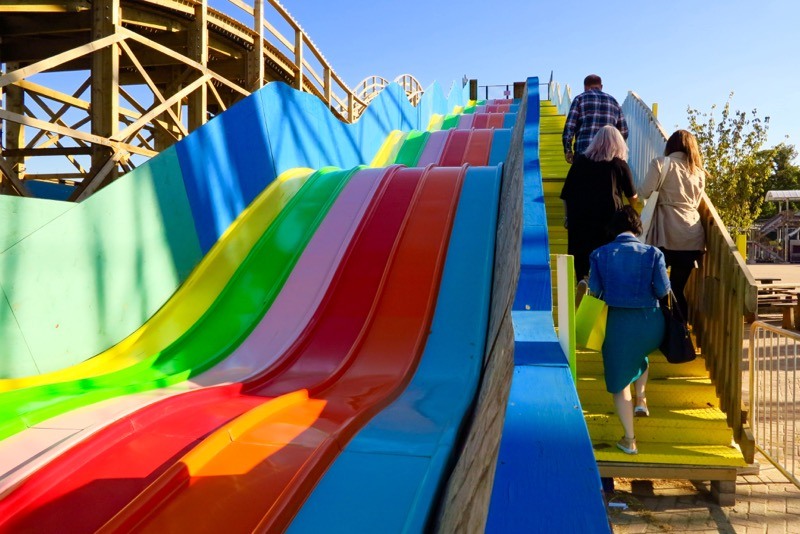 Because I’m not British, I only have an idea of the Golden Age of the classic British seaside holiday, but in that vision, I know I see a place like Dreamland. The rides are all stylishly recreated or refurbished, including one roller coaster called the Scenic Railway that is said to be the oldest in the entire United Kingdom. There are also events at the park all the time, including an upcoming “Screamland”, a Halloween-based event for the whole family. And while the park is definitely catered toward families and children, anyone of any age who likes amusement parks or fairgrounds will have fun and find lots to do. 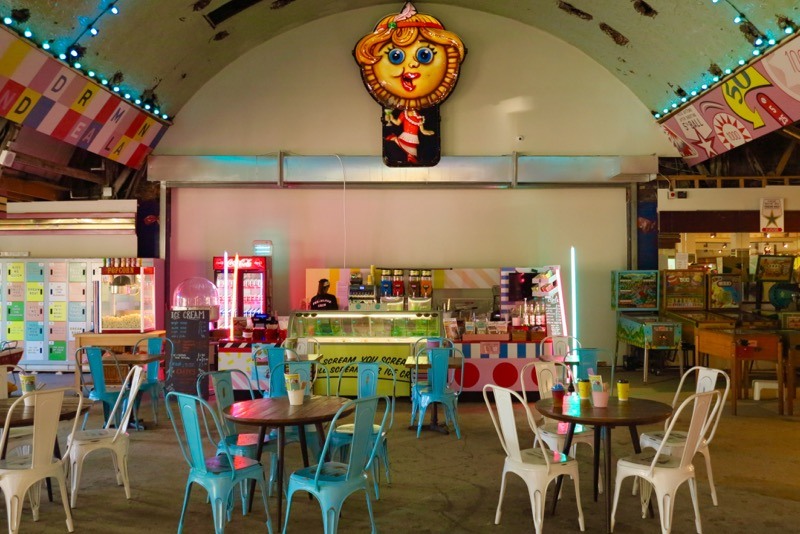 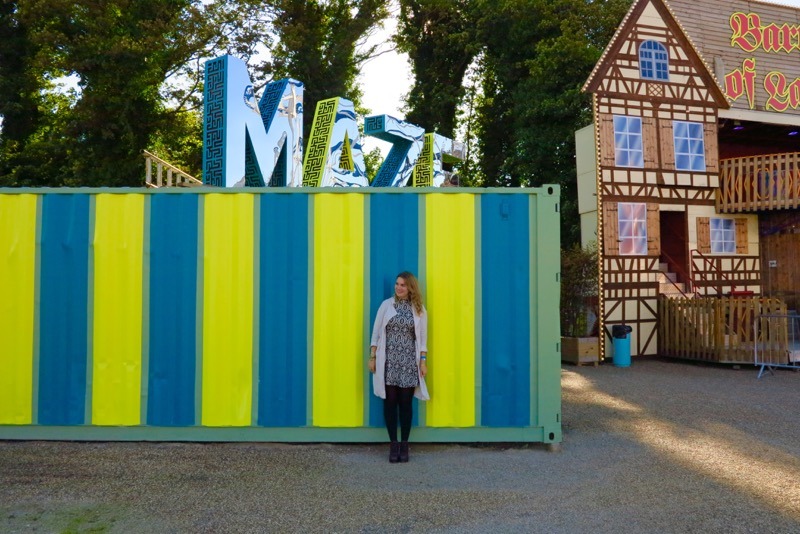 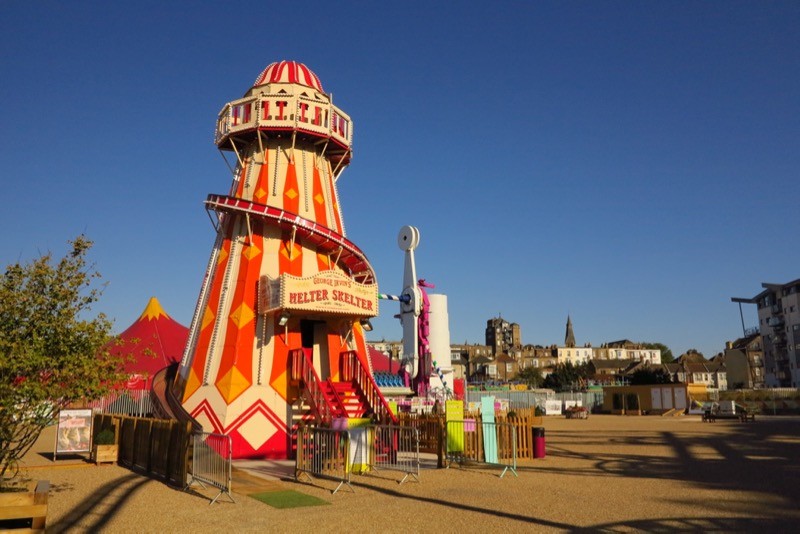 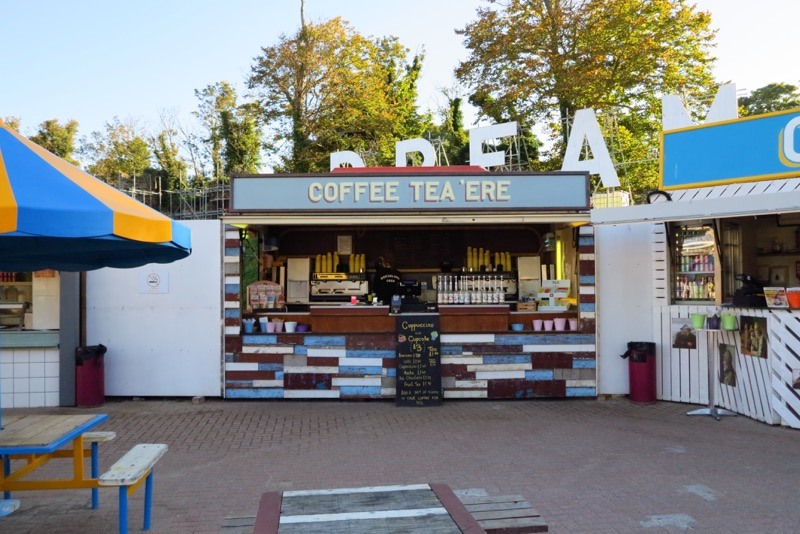 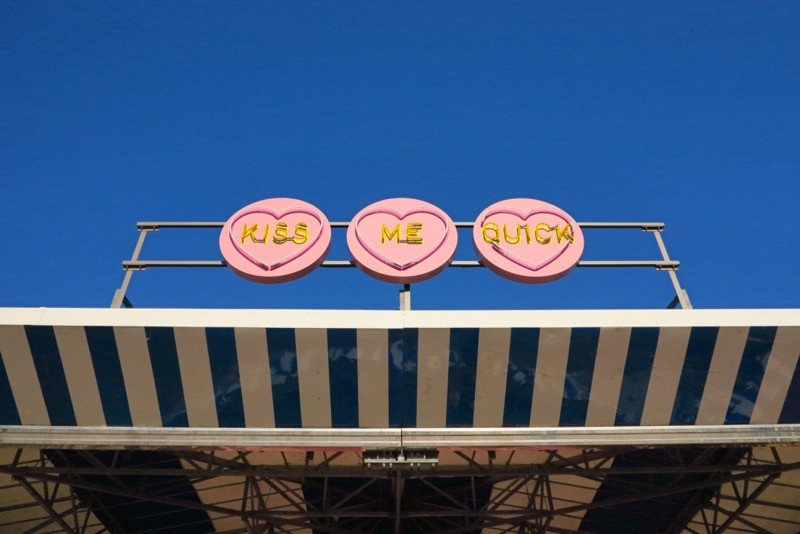 Dreamland lived up to my expectations, and then some. Around every corner I was greeted by something else too adorable not to photograph, and I was blissfully overwhelmed by the bright, fun, vintage feel of the entire place. With the jukebox playing an assortment of doo wop, a bag of sweets in my hand, and the ferris wheel taking me up into the sky, it was impossible not to fall in love with Dreamland. 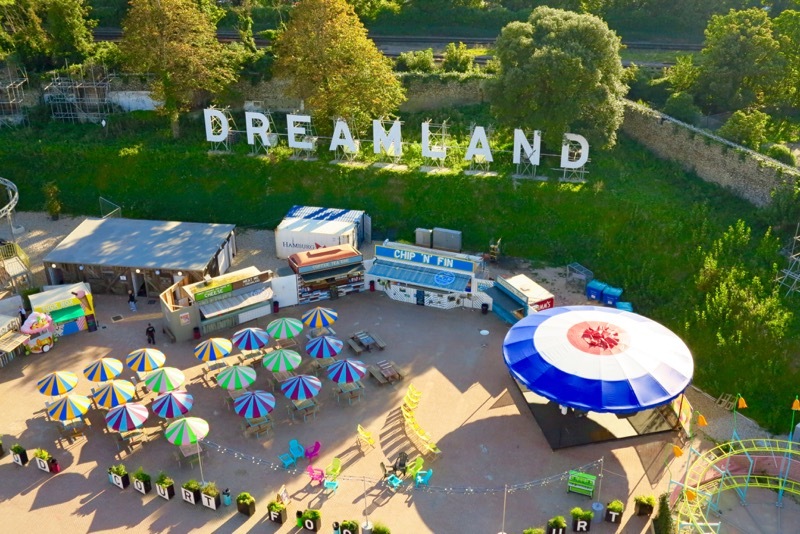 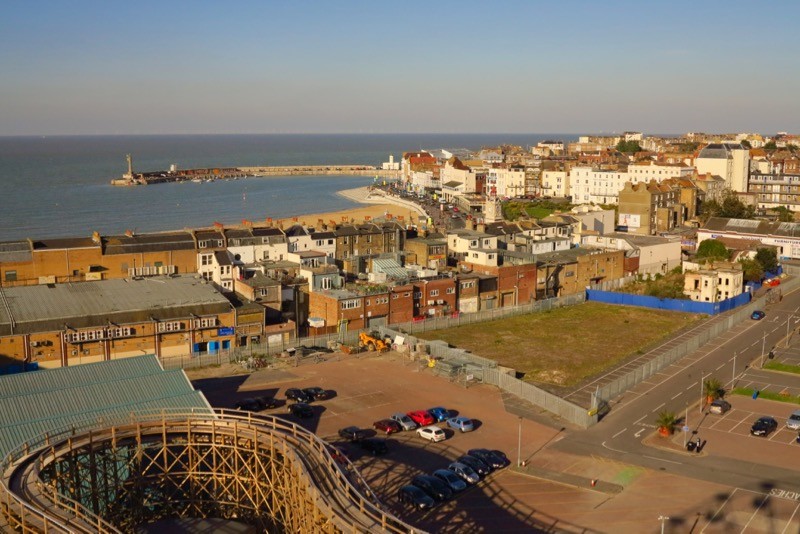 View of Margate from the top of the ferris wheel 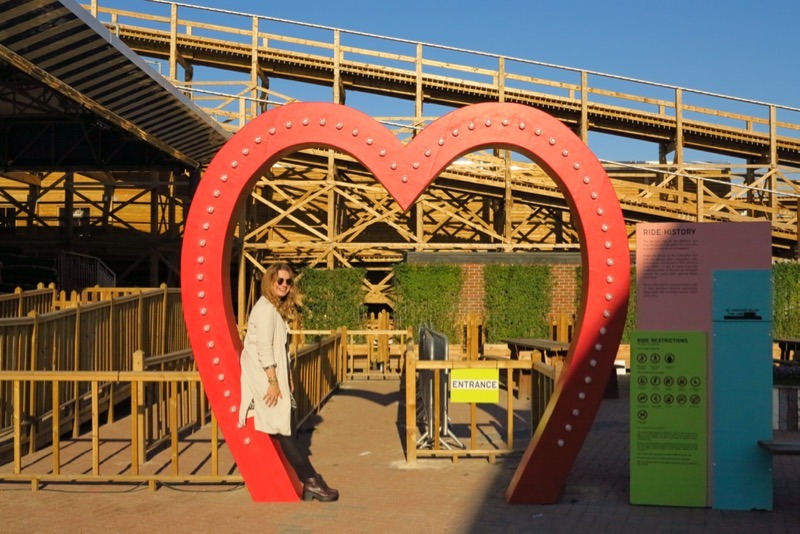 Many thanks to Visit England for arranging my trip to Margate and showing me around the beautiful regions of Kent and Canterbury. I will hopefully be working with them a lot more in the future, as I’d love to showcase more of England, this country I now call home. I’d love to prove that you don’t have to travel far to have amazing adventures, so why not start with my backyard?

On Being Thankful and Being Present

Love all the colours! I want to go! 🙂 Although last time I went roller skating I got bullied by some 14-year-olds. I was 26. 😉

I know for a fact you would absolutely love Dreamland, Helen! And we can go roller skating together… damn those kids, ha ha. x

I’ve had some dodgy experiences roller skating too. My sister once got trapped under a football goal that toppled when she crashed into it, and I’ve very nearly skated over a kid’s hand. I still love that roller disco in Vauxhall though. Dreamland looks awesome!

This place looks wonderful! Great for a nostalgia fix.

Yes, it was so much fun!

This place looks amazing! I’m such a sucker for amusement parks, and this one looks to be right up my alley 🙂

What an amazing place – and your photos bring out the best and brightest of it! I hope lots of parents take lots of kids to this “not your Disneyland experience” land of dreams. And I love that it takes us back to a simpler and kinder time. Maybe we can go together the next time I’m in the UK!

You’re totally right – it really is a land of dreams, and not an overly commercialised one. I would love to go with you next time you’re in England… and the rest of the town is wonderful, too!

This is going on my list of places to visit when I finally make it to the UK! (2016?) So many photo ops! It’s so interesting how we can have nostalgia for things we never really experienced–though I did grow up near some pretty kitschy and run-down (but very charming and dear to me still) amusement parks. More burnt-orange 70s than bright 50s in feel though, haha. So fun!

I’d definitely recommend Margate and Dreamland! There are definitely a lot of photo opportunities, and it’s just so much fun.

I am going there next week for when they turn it into “Screamland” for Halloween. Even more excited to get to Margate now after reading this. 🙂

Absolutely brill. They put up four mazes that you had to navigate through in groups, filled with various thrills and scares. It was very well done. My blood pressure hasn’t quite recovered yet.

Oh that’s so great to hear! I wish I could have been there 🙂

This place looks AWESOME!!! So vintage, so cute, so colourful, so amusement park

Everything here looks too cute 🙂

It was! I couldn’t stop taking photos.

Such a beautiful place.