The Colours Of Varanasi 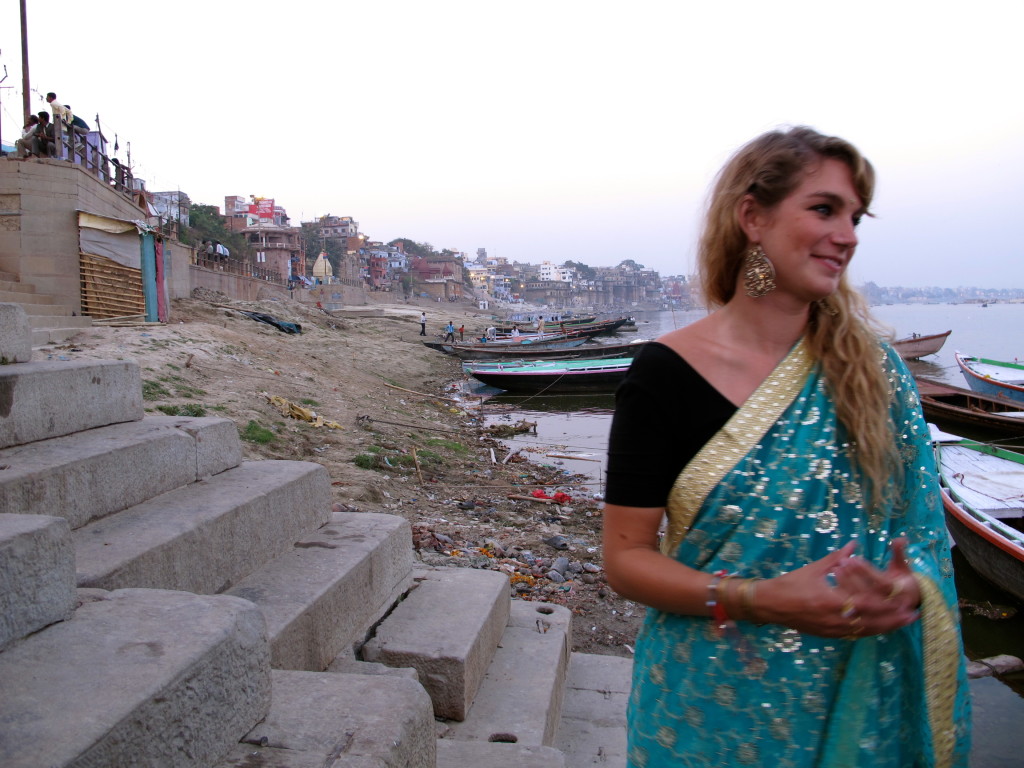 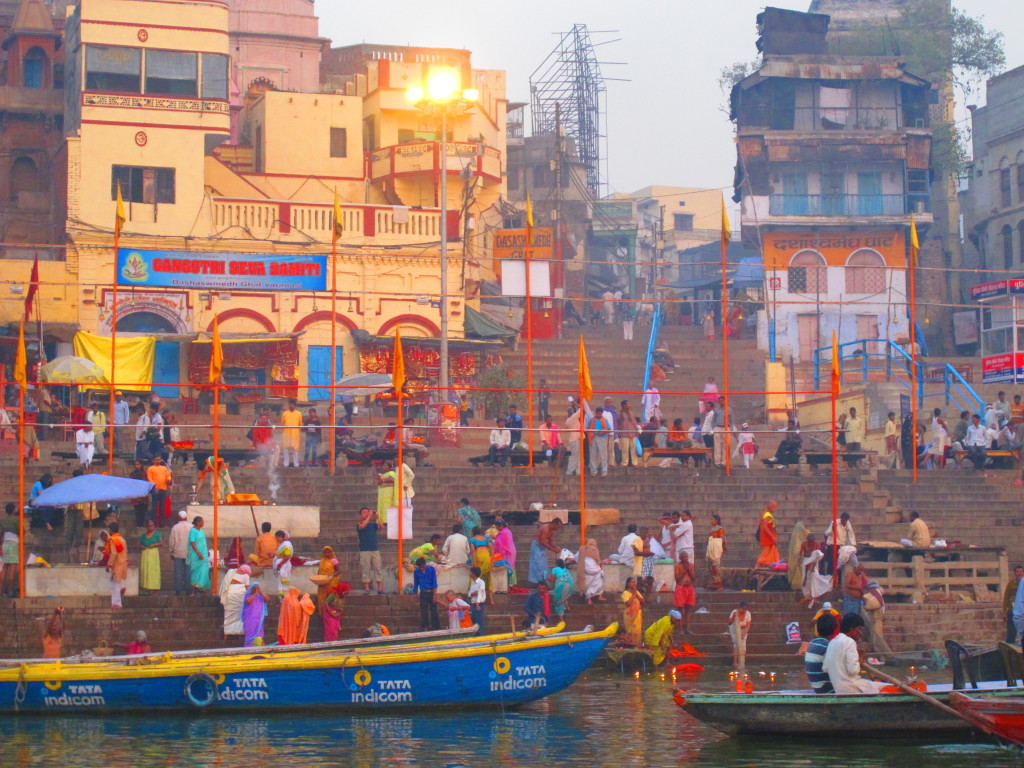 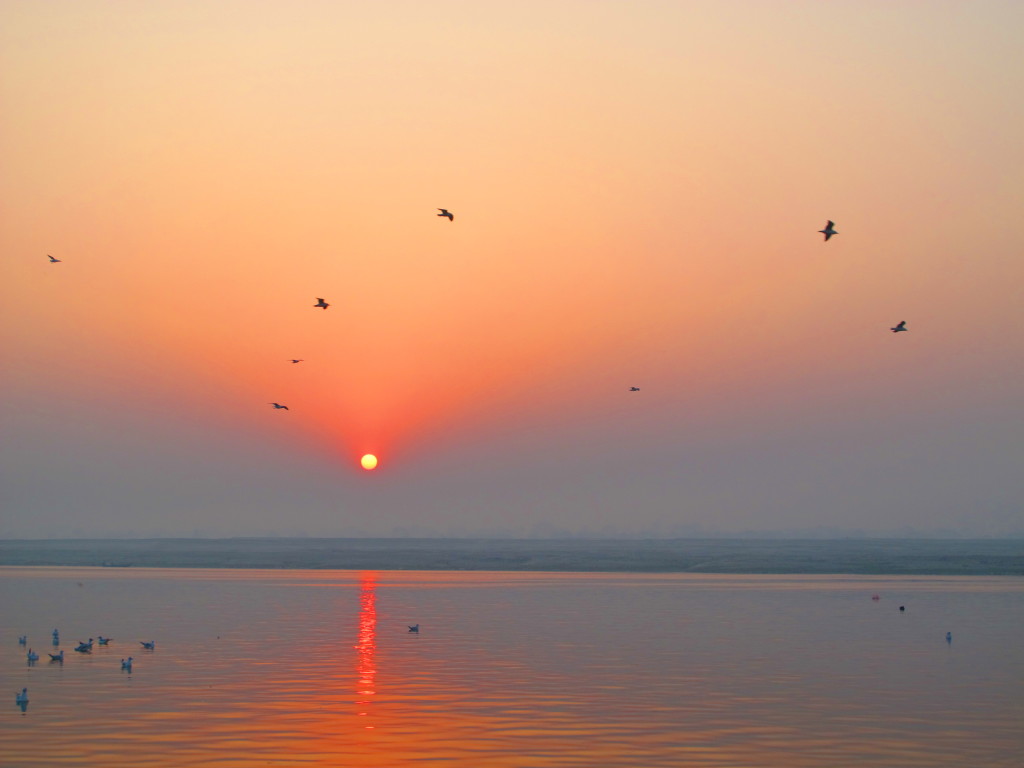 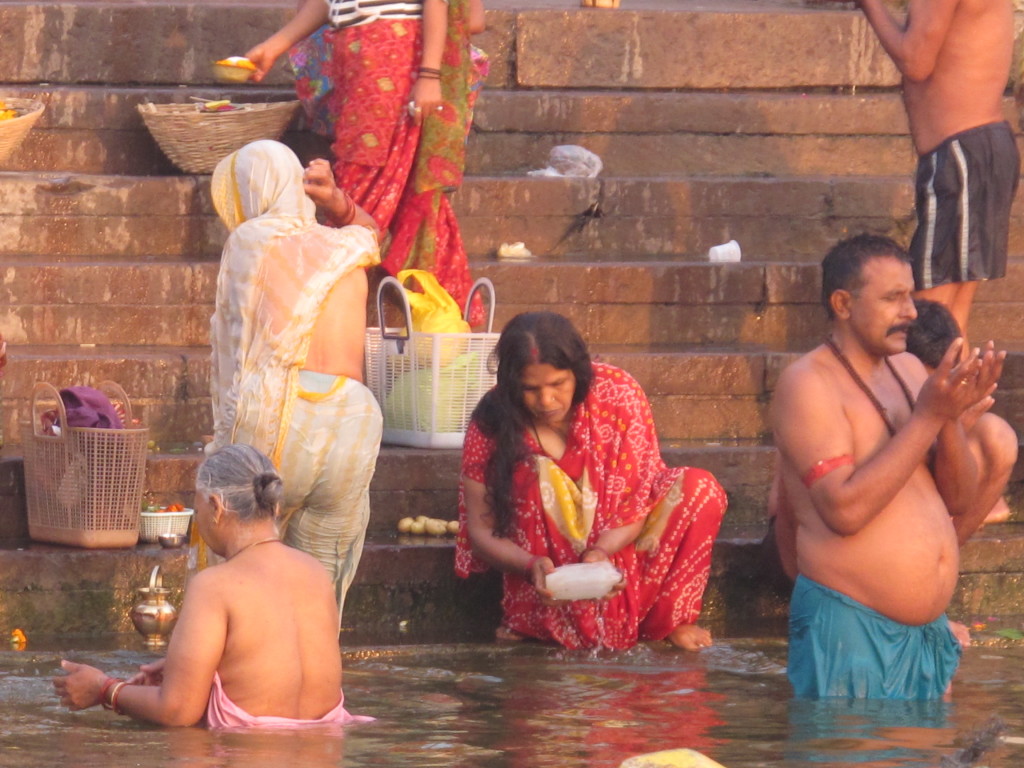 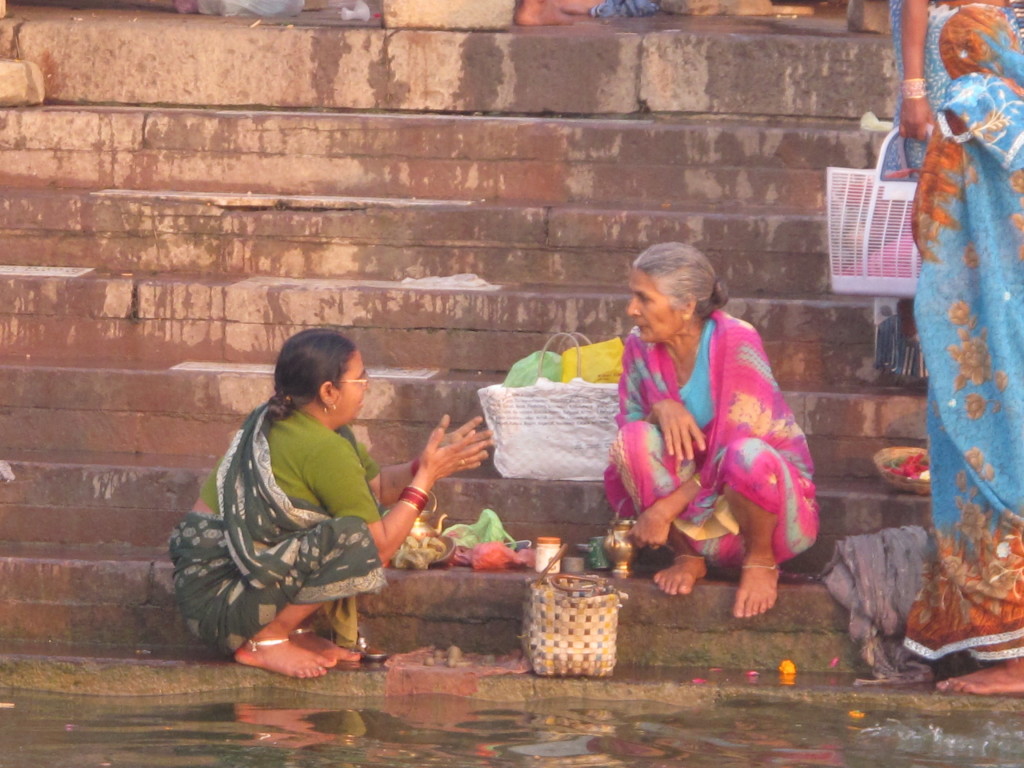 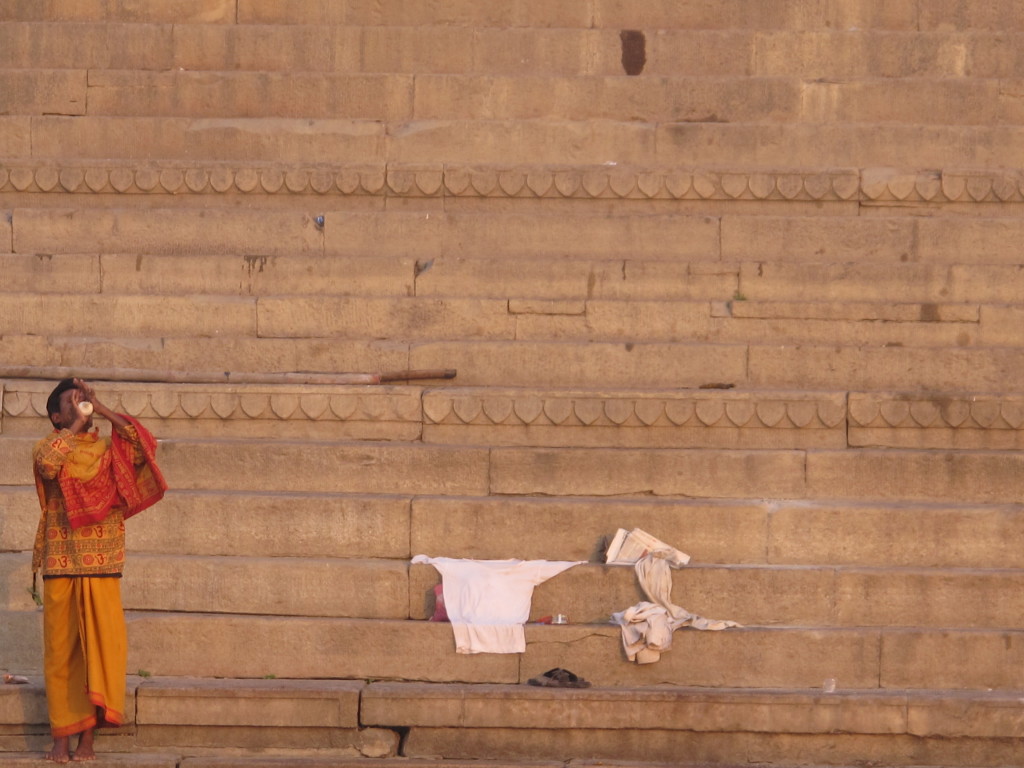 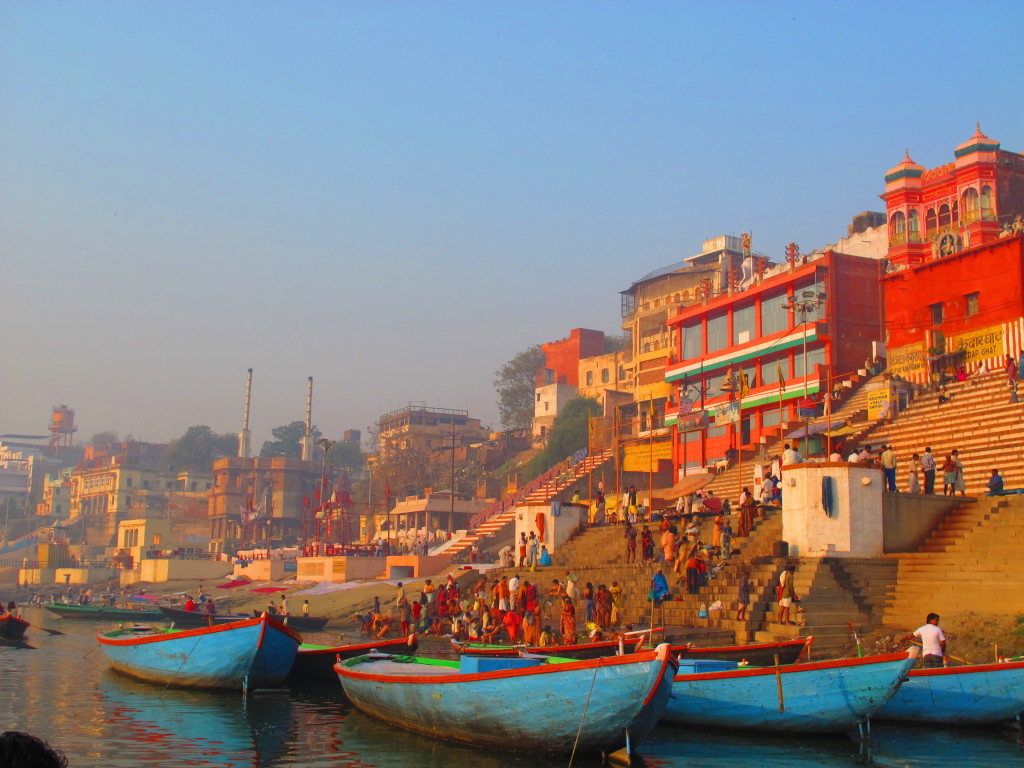 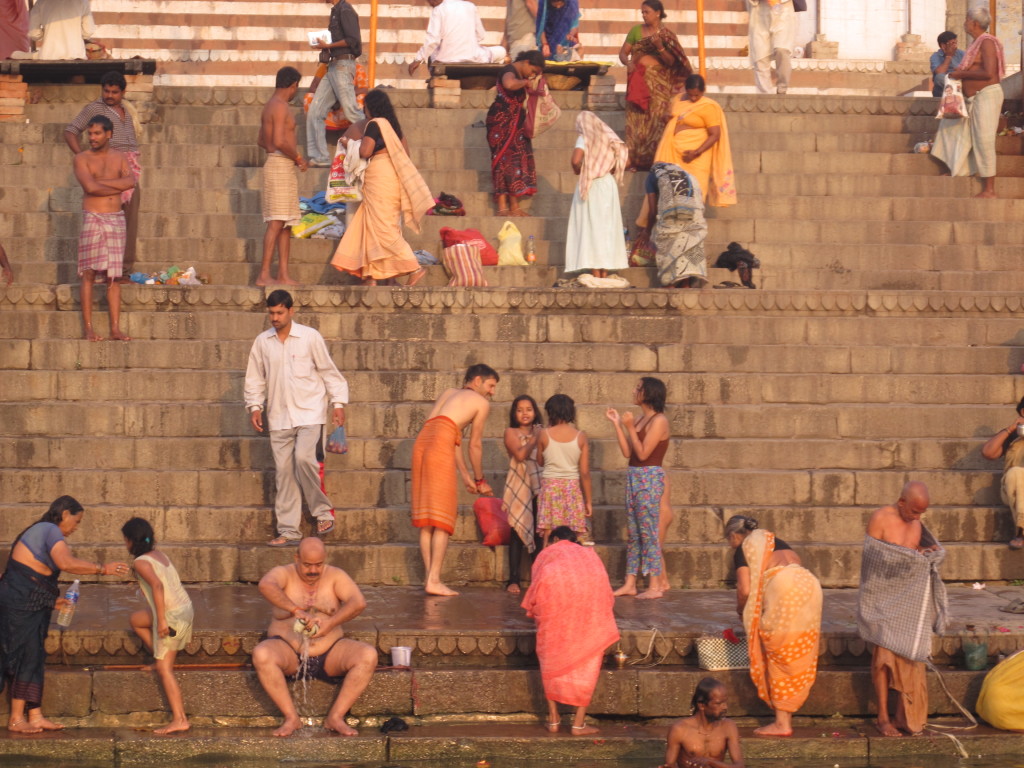 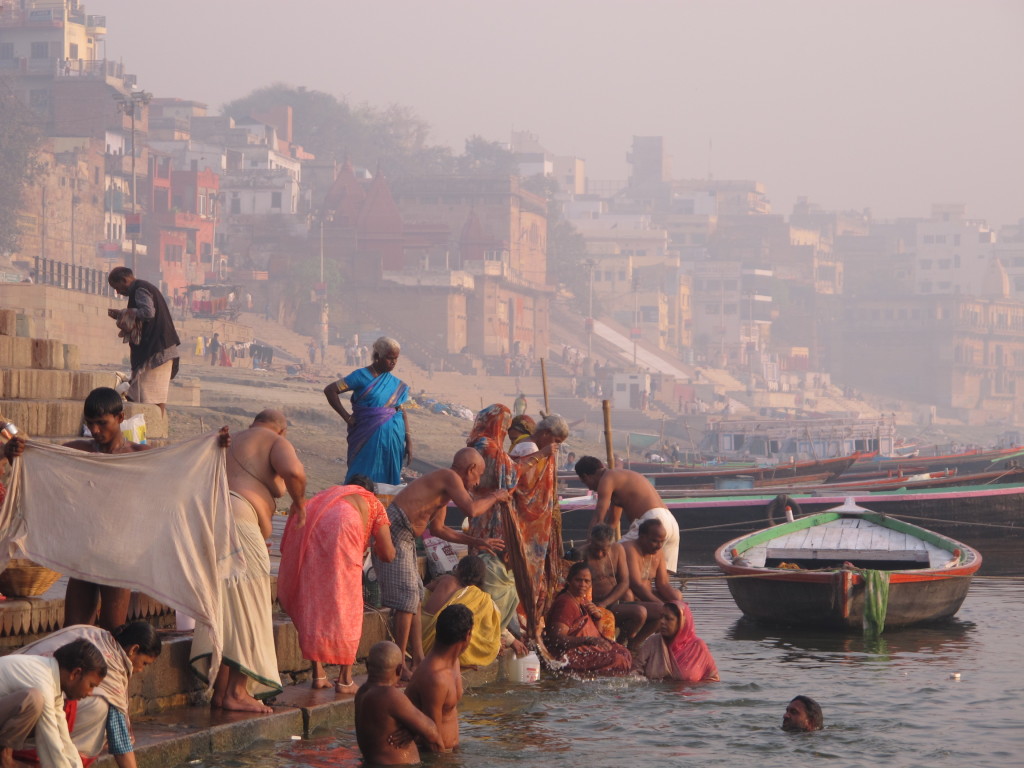 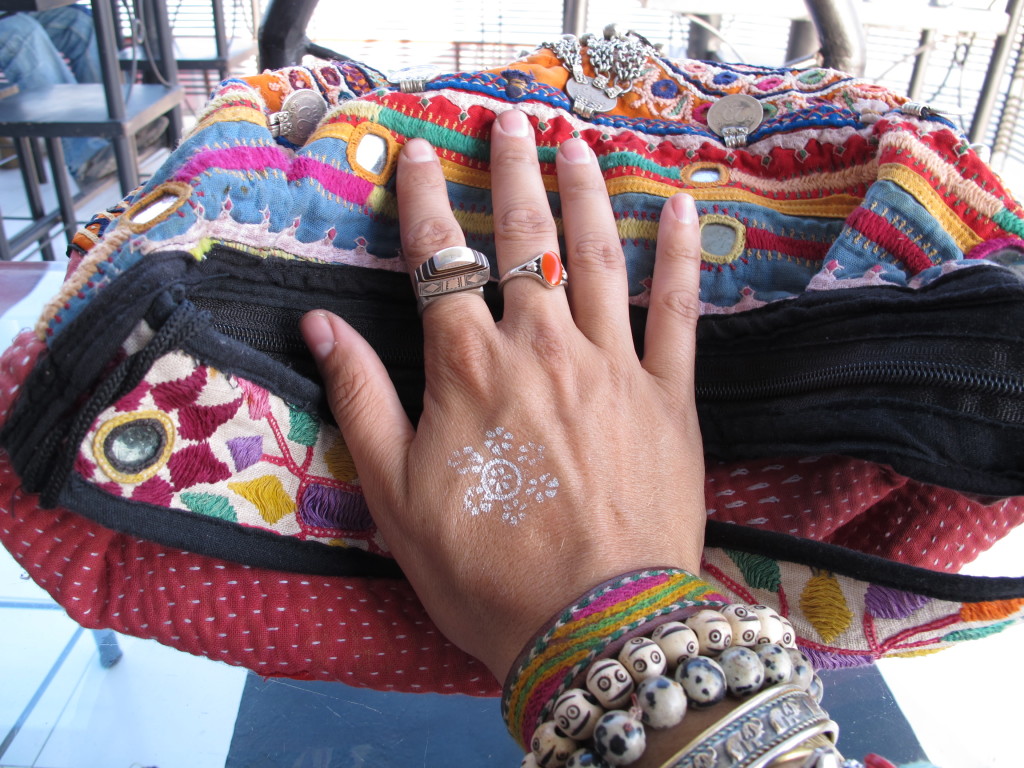 Varanasi, India
In Pai, Thailand, it is raining. Raining so hard that each task of the day requires much planning, requires much rain gear, requires much justification for going out of your bungalow at all. Two nights ago, the rains were so strong that the river completely overflowed, its force so strong that it took all the bamboo bridges that connect the town with my bungalow with it; what used to be an easy two-minute journey home is now a half-hour adventure filled with a very untrustworthy suspension bridge, climbing fences, and mud, mud, mud.
These gloomy days, although they are still filled with fun and mischief, can’t help but remind me of the vibrancy of Varanasi, the city of a thousand colours. Each day I spent in Varanasi was like an explosion of the senses: eyes that took in every hue under the sun, ears that took in religious songs and chai-wallahs and tuk tuks racing through the streets, a nose that took in the smell of cow dung and street food and bodies burning on the ghats. It was a dirty, frenetic city, and yet I loved its energy, its radiance, its obnoxiousness. And so these days, when all I am surrounded by are sad gray clouds and muddy brown puddles and black ominous skies, I think of Varanasi’s yellow rickshaws, its purple saris, its pink sunrises, its orange sadhus’ robes, its blue boats, its colours, its life.
AsiaColoursIndia
5 comments 0 FacebookTwitterPinterestEmail

Your pictures are stunning. I have been to Varanasi and fell in love with its beauty, culture, and its people. India is such an amazing place. I am jealous of your travels!
xo, Alexandra
http://moneuphorie.blogspot.com/

Very beautiful! I’m currently making plans to be in Goa just after Christmas. On one hand, it seems silly to travel that far for only a week, but then I see photos such as these and I realize I need to take any travel opportunity that comes my way!

Thank you very much, everyone! I was really overwhelmed by Varanasi – overwhelemed in the best way possible.

Lisa – I didn’t get to Goa so I would love to eventually see your photos/hear your impression of the place! Sounds like an awesome holiday…

Loved stumbling across your page through Pinterest. I am an American living in Varanasi, running a hotel. It was great to see our city through your eyes. Thanks.