Poppies at the Tower of London

If you live in London, or have travelled there recently, you probably visited the Tower of London to see the poppies. But for those who couldn’t make it, I wanted to share photos from last week, when I saw it for myself. 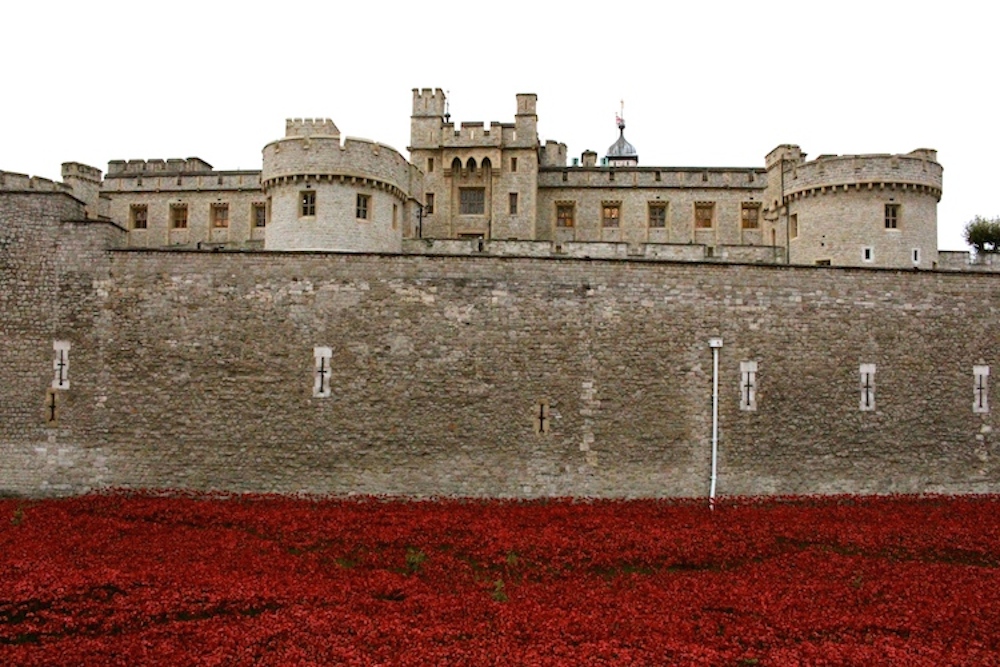 888, 426 individual ceramic poppies were placed around the Tower of London, one for each British military casualty in the First World War. While it is visually stunning, I was completely overwhelmed by the tragedy it represents. My great-grandfather fought in WWI as part of the Scottish sector of the Canadian army; he lost a leg in the war due to a shrapnel after an explosion in France. It could have been much worse, of course. 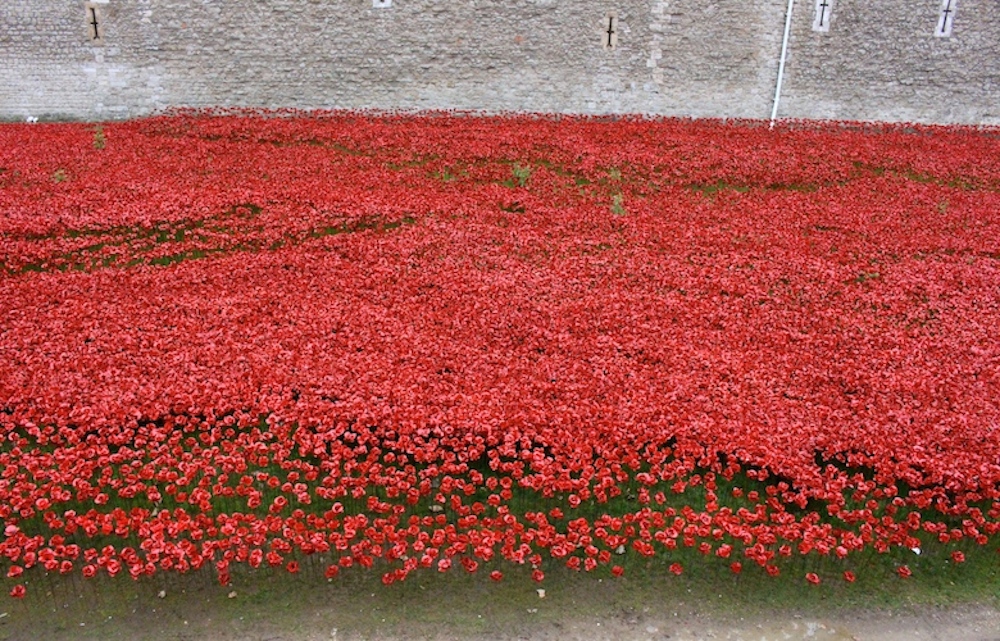 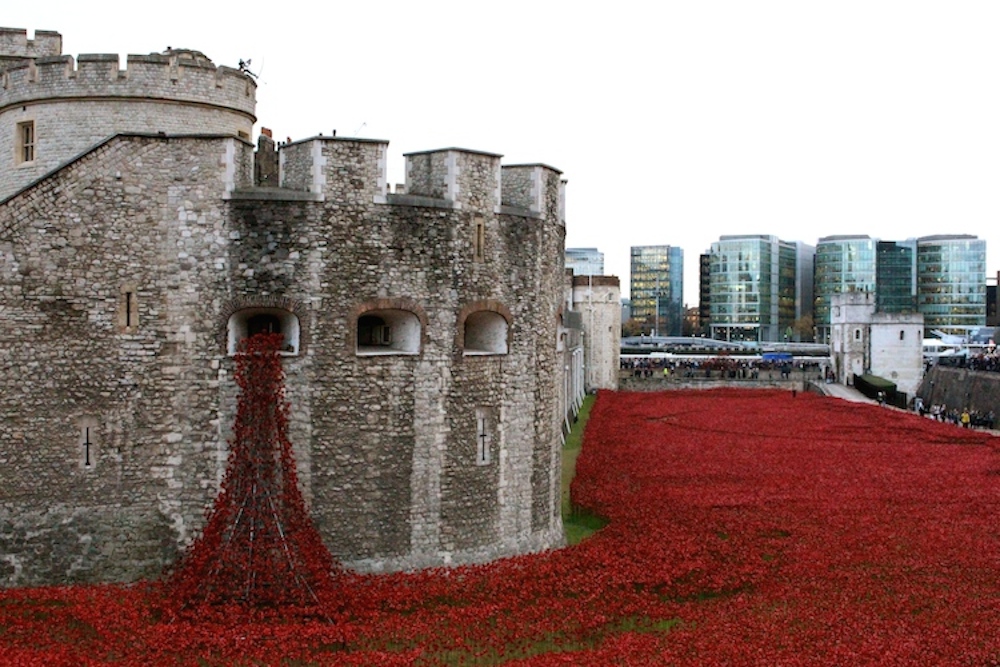 The installation of poppies at the Tower of London has raised millions of pounds for charity (people can buy them for £25 to help raise money and awareness), and it has been confirmed that part of the exhibition will remain there until the end of November. After that, some of the installation will travel through the UK. 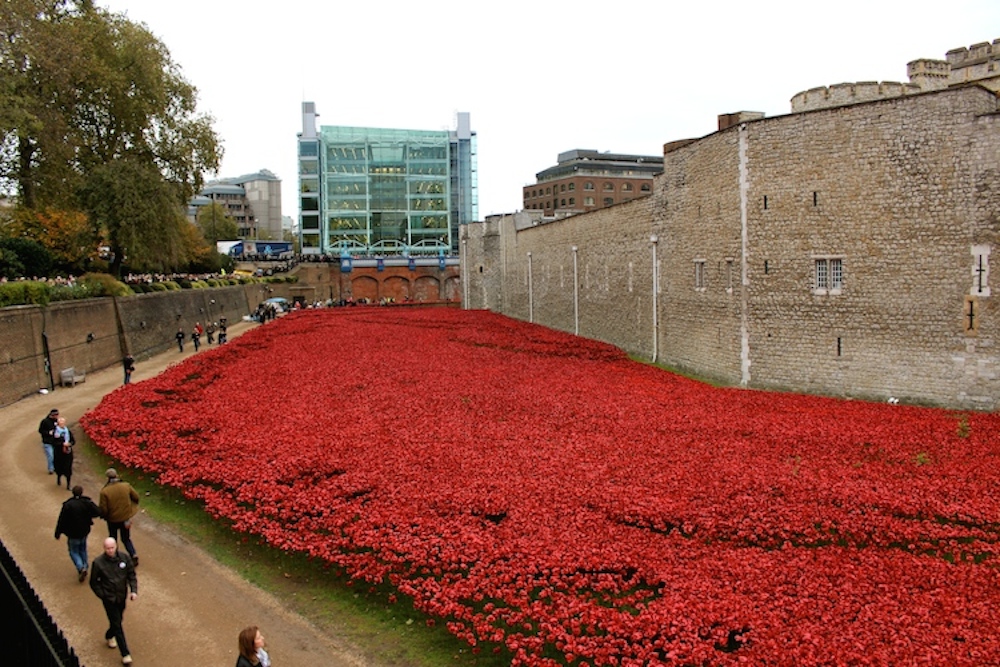 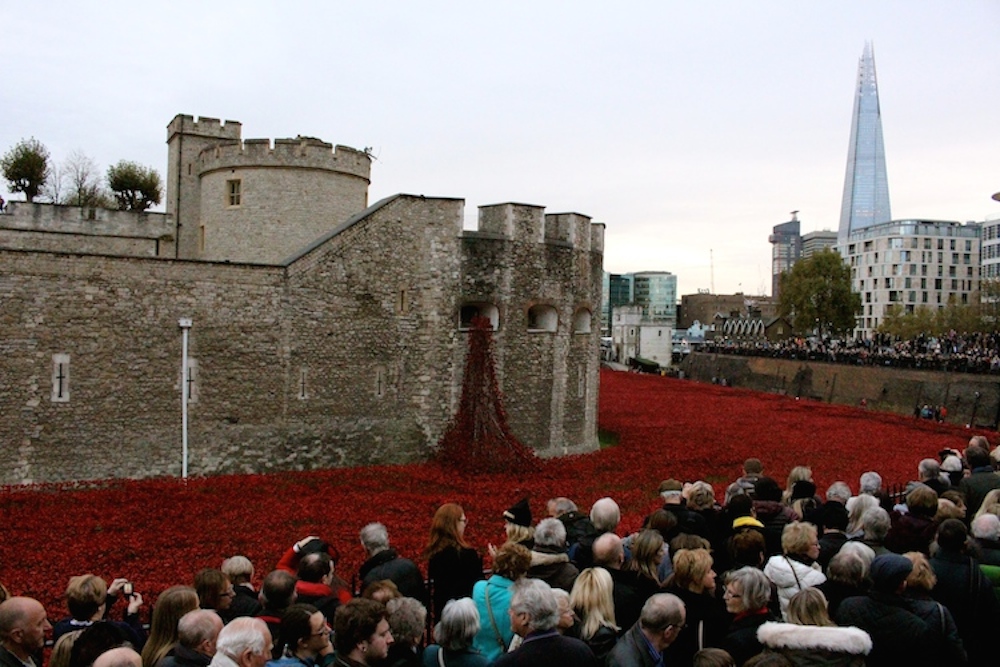 The installation was hauntingly beautiful… but lest we forget what it represents. Let’s take a moment to remember, not just on Remembrance Day, but every day. 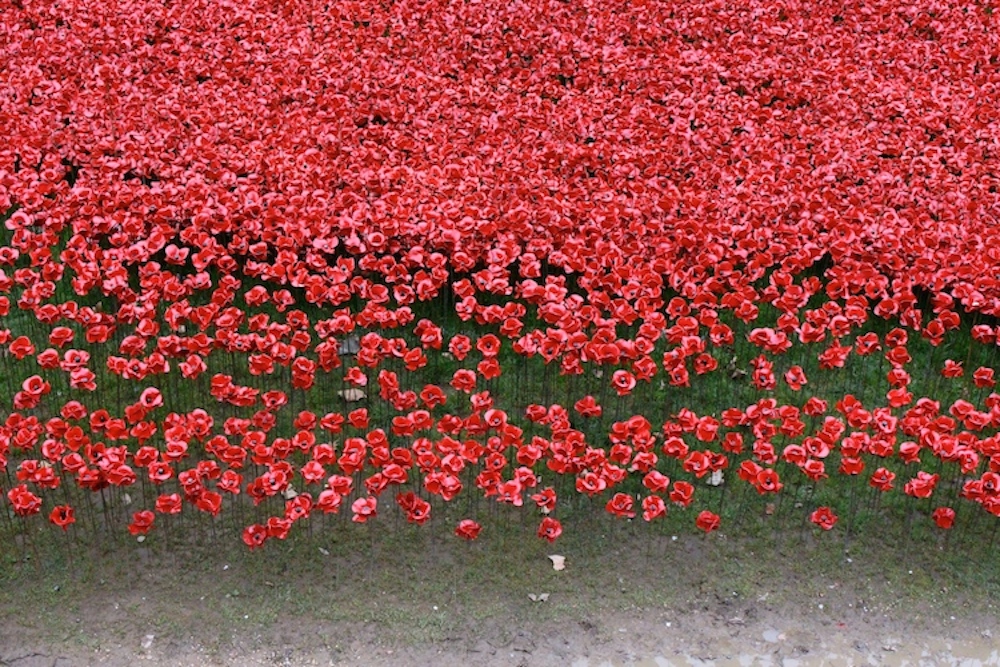 In Flanders fields the poppies blow
Between the crosses, row on row,
That mark our place; and in the sky
The larks, still bravely singing, fly
Scarce heard amid the guns below.

We are the Dead. Short days ago
We lived, felt dawn, saw sunset glow,
Loved and were loved, and now we lie
In Flanders fields.

Take up our quarrel with the foe:
To you from failing hands we throw
The torch; be yours to hold it high.
If ye break faith with us who die
We shall not sleep, though poppies grow
In Flanders fields.

Why I Love London or: Why London Feels Like Home

I haven’t been to London since this was started, and I won’t make it there until December 10, but I have followed the poppy installation since its beginning in August. It is one of the most breath-taking, hauntingly beautiful scenes I have ever seen, and I’m sure it’s much more moving in person. Thanks for sharing this.

It really is breathtaking, but so moving and sad. I’m glad that you will get to see some of the installation in December…

Saw these last week… didn’t have the patience to try and get any photos, too many people! Yours are great though. Lest we forget.

(PS. Also tried one of your east end cafe recommendations – Nude Espresso – so so sooo good. Thanks for the tip!)

There were definitely huge crowds when I was there, too – I had to be very patient!

Glad you liked Nude, I haven’t been there in ages but I should definitely go back soon…

I saw all this online somewhere, its pretty impressive. I remember when I did live in London walking through the tube stations with people selling poppies. That was the first time I had heard of them.

I grew up with poppies in November as it’s done for Remembrance Day in Canada. The installation in London was indeed impressive, but so overwhelming.

My grandparents saw this when they most recently visited our relatives who live outside of London. Their pictures were amazing!

I bet… I think it was hard to take a bad photo there, it was so incredible.

Wow, what a sight, really looks pretty darn impressive. Makes me want to visit London again. Beautiful pics, go you battling the crowds to snap this.

Thankfully everyone was very polite… the crowds weren’t so bad in the end!

This is so incredible. Your pictures are amazing.