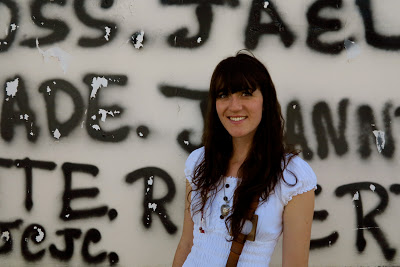 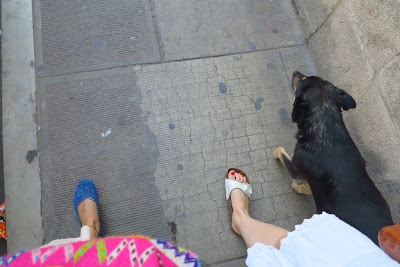 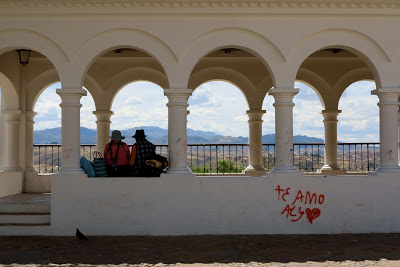 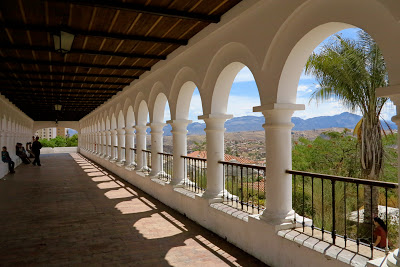 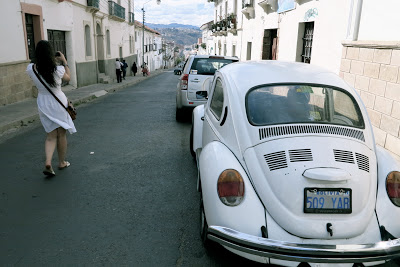 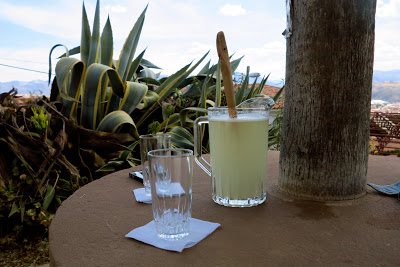 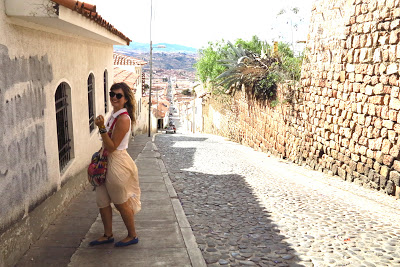 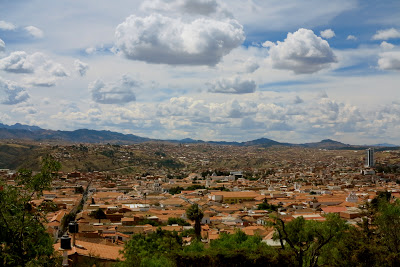 Sucre, Bolivia
I had already spent over a week in Sucre by the time Kerri joined me – I was familiar with its cobbled streets and quiet cafes. I had spent the week studying Spanish, and, despite a nasty injury the week before and a nasty cold on top of that, nothing could lessen my excitement at reuniting with my best friend. Though we’d said goodbye only a few weeks before, we both agreed that travelling together was better than travelling alone, and decided to meet up again. This is coming from two serious solo travellers, two people who are very content on their own; as I type this, she is travelling by herself in Mexico and I’m preparing for my solo holiday to Rome tomorrow. But with your best friend, the climb up the hill in Sucre seems that much shorter (I know, as I had already done it twice before), the lemonade in the sun tastes that much sweeter, the photos you take seem that much more sentimental.
We sat in the shade and talked about our travels, talked about our futures, talked about life. A man and his son played traditional Bolivian music for us – I recorded it on my phone and listen to it sometimes, just to be transported back to that place and that time. And there are days like that that come and go, the sun and moon rising a hundred times and more since then. But sometimes, for whatever reason, those simple days are the ones that stand out the most, those simple moments are those that I remember from time to time and smile wide at the thought.
*Follow me on Facebook and Twitter!*
BoliviaSouth America
13 comments 1 FacebookTwitterPinterestEmail

Looking Over: A Story From Nepal

I love the last sentence of this post. I agree, sometimes it’s the simplest days, when life has slowed down and you have the freedom to do as you wish, that bring the most joy. Beautiful post Brenna and hope you have fun in Rome!

Thanks, Danielle! I hope I have some of those days in Rome.

You take the best pics and you two are so adorable together!!!

I love reading your posts. I wish I had a best friend that enjoys traveling as much as I do. It seems like you and Kerri had a fantastic time in South America.

We really did. She is my soulmate, I feel blessed every day to have her in my life!

Your blog has been a recent discovery and I am loving it! Haven’t come across any other bloggers who can do it justice. Am a Torontonian that just quit my corporate life-sucking job – then came down for 3.5 months in SAmerica. You inspired me to try to retain some fashion sense while away! 🙂 Quick question re: Sucre… Could you recommend your Spanish instructor/classes? I am looking to do the same. Thanks so much!
Lauren

Oh, thank you Lauren, that’s nice of you to say!

I studied at Academia Latinoamericana in Sucre. I just walked in one day and they were able to sign me up straight-away for private lessons. Unfortunately I can’t remember the name of my instructor right now (it’s written down in my journal in Canada and I am in England), but she was wonderful! They might even have my name on file if you contact them? I studied there in October, ha ha! Good luck!

How lovely and how true! Sucre is definitely the place to savor and treasure the more simple moments in life. I lived in the ‘White City’ for 5 months and fell in love with the slow paced, tranquil lifestyle. There was nothing better then just whiling away the afternoon, sitting in the sun at Mirador Cafe while sipping a tumbo juice. Oh the life 🙂 Can’t wait to go back one day soon!

Oh wow, that’s so great that you were there for five months! I really loved it, too – I’m hoping to go back one day. Thanks for your comment!