A Holi in Delhi 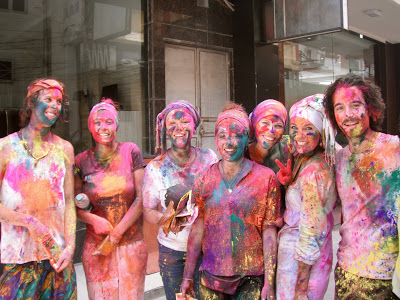 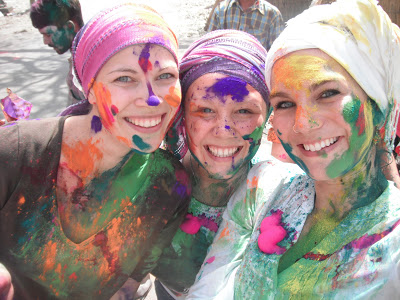 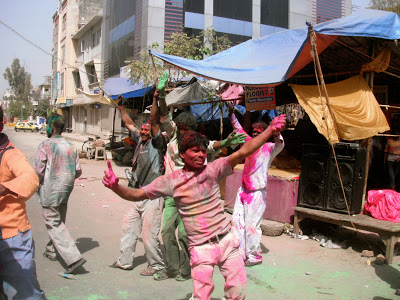 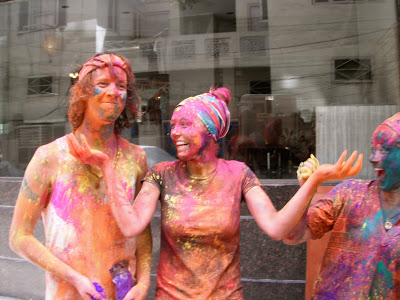 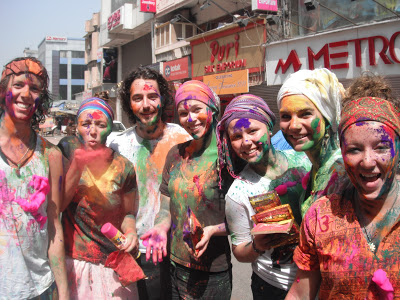 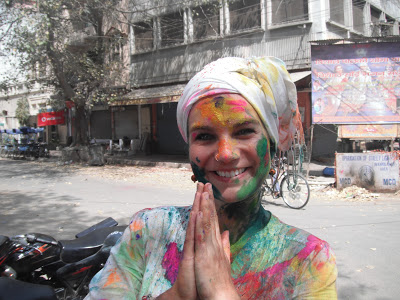 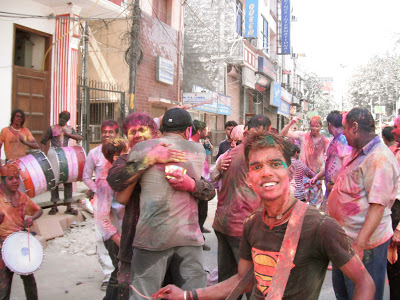 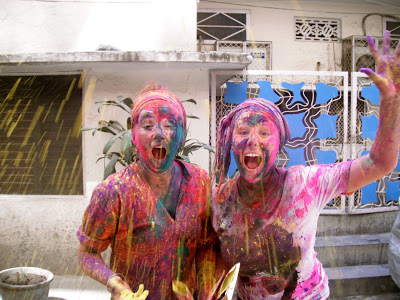 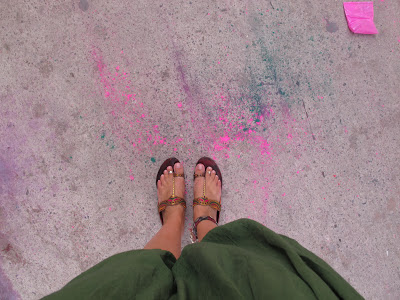 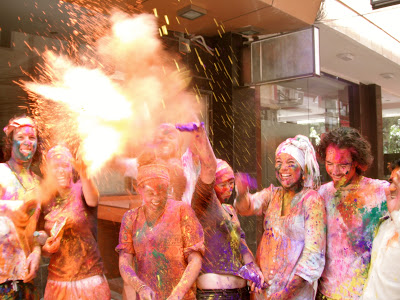 New Delhi, India
Two years ago, I spent some time in India. I coordinated my weeks there so that I was able to attend Holi, the festival of colours. It is quite famous, with people throwing water and powdered paint on each other in celebration of spring and the season of love. Though it is primarily a Hindu festival, it is now celebrated all over the world.
On that fateful day two years ago, I set out with a group of other travellers in the Karol Bagh area of New Delhi. Armed with multiple bags of coloured powder, the day started out slowly as we wandered through the streets, looking for fellow revellers. As we started to encounter other people, we were soon involved in a full-on war: powder was thrown everywhere, every person covered in blue and yellow and green and pink from head to toe.
As the only non-locals, we attracted quite a bit of attention. So much so, in fact, that some of the encounters turned uncomfortable – alcohol is a part of some people’s Holi celebrations, and unfortunately that can cause people to get a little bit crazy. It didn’t take long for men to start paying too much attention to us, and to touch the females inappropriately. I am not joking when I say that a man holding a baby with one arm tried to grope me with his other hand – it was that ridiculous. Within about half an hour of leaving our hotel, we found a police officer (with nary a drop of powder on him, I might add) and he escorted us back to a safe area, keeping the drunks away.
When we returned to our hotel, we had our own little celebration, using up the rest of our powder in a safe and controlled space. Looking back, I’d still chalk it up to an amazing day; I had tons of fun, and, for the most part, laughed a lot. If I were to be in India for Holi again, I would either choose to celebrate in a smaller town, or go out with a more balanced man to woman ratio (we only had two men in our group of seven). Despite that, the Holi I spent in New Delhi was such a cool experience, and I try to never let a few bad eggs ruin what was otherwise such a memorable and enjoyable day.
Holi is held on March 27th this year, so to all those celebrating – Happy Holi!
Check out HostelBookers blog post with photos of Holi (including one of mine!). You can also check out a video I made during Holi 2011.
*Follow me on Facebook and Twitter!*
AsiaColoursIndia
14 comments
1
Facebook Twitter Google + Pinterest

The Faces of Kathmandu

The Beauty of Tayrona Park, Colombia

On Bicycles and Brothers

The Loveliest City On Earth

Thanks Andi! You’d love it…

Beautiful colors, even if the day had a rocky start!

Yes, the colours were fantastic! Thanks for your comment.

Ah yes, the yin & tang of travelling… good to keep the good memory as well as learn from the unfortunate events that may happen along the way. Looks like you guys had a heap of fun! xx

For all that happened, in the end we really did have a great day!

Bucket list for sure. It looks so pretty in photos, I imagine it’s even better in real life!

It really is! It’s so much fun…

Cool! Would you know of any cool little towns with a slightly less scary version of holi? Thinking of going to India around Feb / March next year and would love to build this in!! 🙂

The colours are so amazing! Too bad about the groping, but at least for the most part you had fun 😉

The same thing happend to me too when I was in Goa this year. The Indian men were going crazy. Nonetheless, the experience was great and I had some good guy friends with me!

It can definitely be overwhelming! I’m glad you enjoyed the experience, though.

I’m glad that I found your Blog. I’m going to India next week with my boyfriend and I’m more than concerned about the sexual harassment during Holi. Can you tell me on which day(s) the color-throwing-thing happens? Do we also need to be aware of that during the days before Holi? We’re staying at Karol Bagh – that’s why I’m asking.
Thank you so much!
Katharina

Feels great when people like you visit India and share experience with world. Happy to read that you had a cool holi in India. hope to see some more post about India. Thanks for this beautiful post.