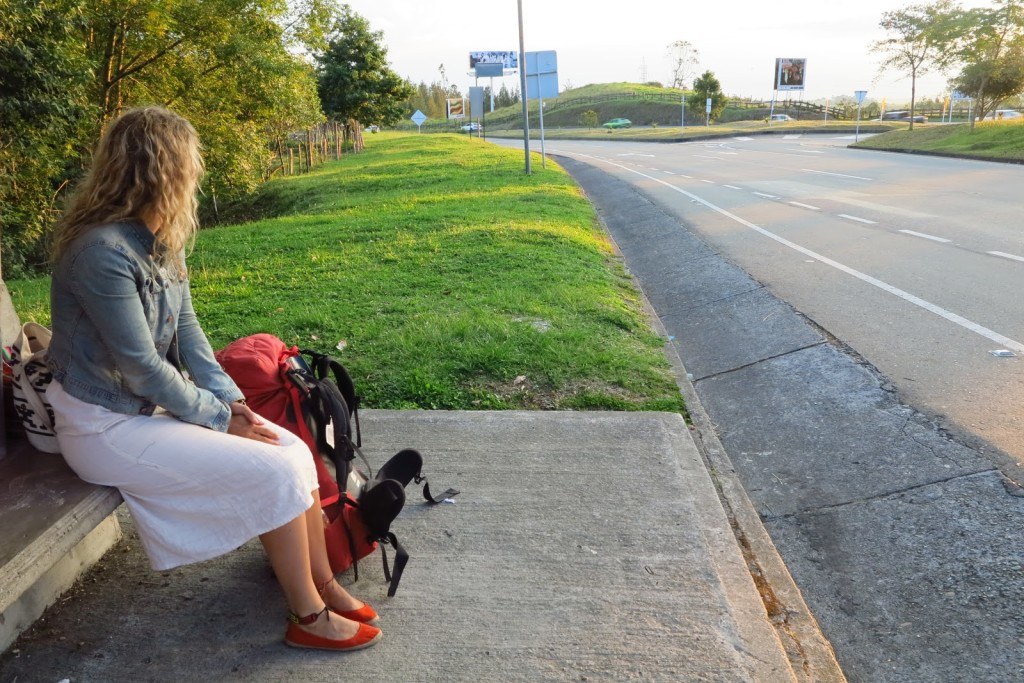 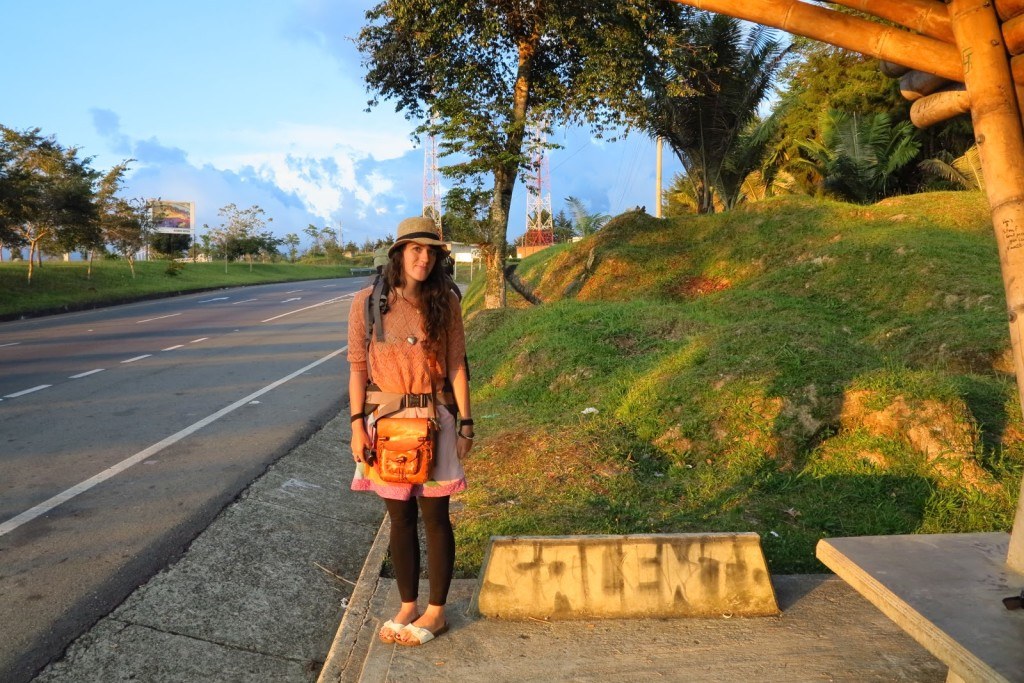 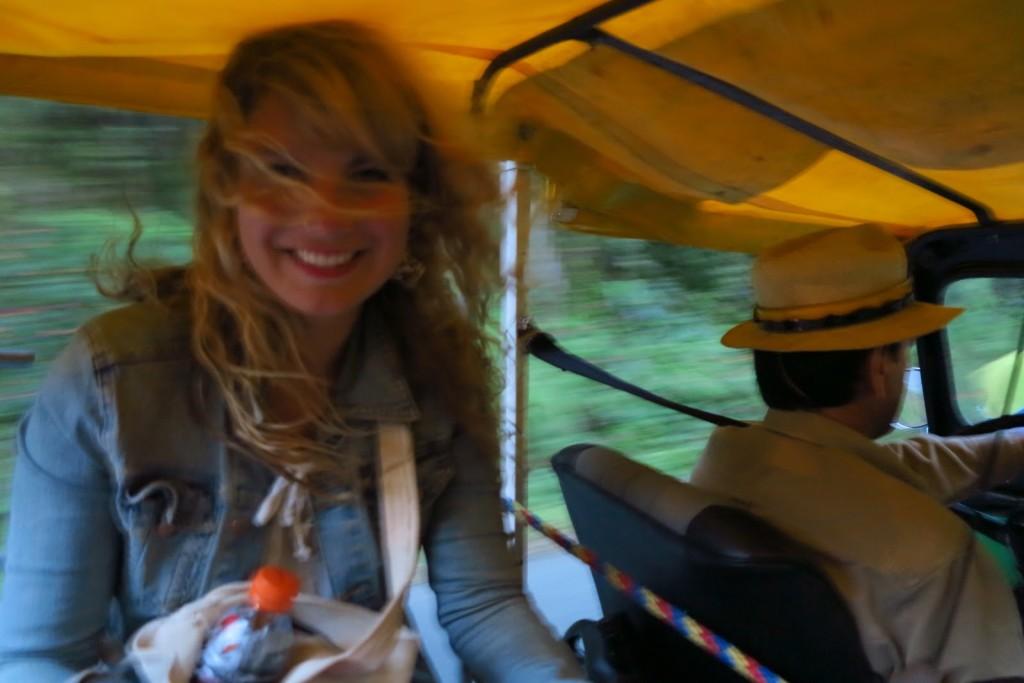 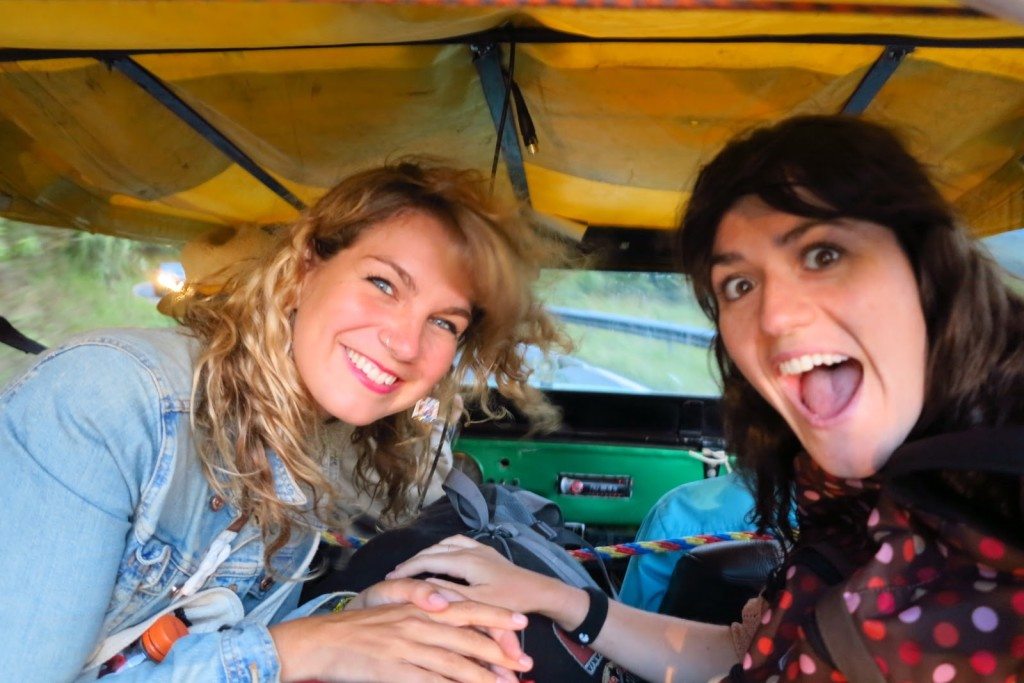 With a blog that gets its name from a Kerouac novel, you’d think I’d be into hitchhiking. And I’d love to say that I am, that I’ve done it loads of times, that I’ve thrown caution to the wind and gone wherever my thumb and a kind stranger can take me. But, to be honest, I usually don’t really want to take the risk, especially travelling on my own.

This is not to say that I’ve never hitchhiked, or that I believe that all people who pick up hitchhikers are bad; I’ve picked up hitchhikers a few times, and I did in fact hitchhike a bit around Europe in my younger days (don’t tell my dad). I’ve also done it when it seems to be the only option, or when I have a few other people with me. At this point, however, I have enough money to take other forms of transportation, and I usually wouldn’t take that 0.0001% risk of the driver being Bundy-esque.

Of course, all of this gets thrown straight out of the window when you hitchhike by accident.

It started off innocently enough; Kerri and I were waiting for a bus to take us to Salento, Colombia, after taking a larger bus from Medellin earlier that day. It had dropped us off on the highway about 20 or 30 kilometres away from Salento, so we sat at the little bus stand with no real idea of when the bus was coming, how much it would be, or if it would even come at all. We were the only two there, and only a few cars passed by now and then. The sun was setting. We aren’t ones to panic, but we were getting a little bit anxious – our hostel’s reservation hadn’t been confirmed, and we didn’t know if we had a place to stay.

After about 45 minutes of waiting, a jeep decorated in Colombian flags pulled up. The driver was a middle-aged man with a fantastic moustache and a uniform of some sort. He smiled broadly at us, motioning for us to get in the back of the jeep. “A Salento?” he asked. “Si, si!” We answered back excitedly.

Within about 10 seconds, we knew something was wrong. First of all, there wasn’t any room for our bags, just some benches in the back. We had to squeeze in next to our two backpacks, large from all the shopping we had done in Cartagena. Before we could renege, the driver took off, and we watched our little bus post as it disappeared into the horizon.

“Um, are we being kidnapped right now?” Kerri asked, half-joking.

It was one of those moments that, upon reflection, was actually quite dumb. Two foreign girls with very little grasp of the language, with absolutely no clue where they were going, got into a strange vehicle with a man they had never seen before…at night. What were we thinking?

“Uh, cuanto cuesta?” I asked the driver, thinking perhaps this was some ramshackle taxi service.

“Nada, nada!” he cheerfully replied, which meant that he was either a very good citizen or laughing at the fact that the two girls he was about to kill were attempting to pay him first.

Eventually, we calmed down, picking up on the little signs that pointed to the fact that we really was just a very good citizen. Firstly, he had a large Jesus statue on his dashboard as well as a hat that read “I am a friend of God” in Spanish (although this is pretty standard fare for Colombians, it still reassured us). Secondly, the road signs indicated that yes, we were getting closer to Salento. Thirdly, he honked and waved at a few soldiers and police officers (unless they were all in on it, which, in retrospect, isn’t all that unlikely). Fourthly, that moustache. It truly was glorious.

In the end, he drove us all the way to our hostel without charging us. It turns out he was a tour guide for the area and, on his way to Salento anyway, just wanted to help us out. And while I wouldn’t recommend getting into strange cars in Colombia, I have to admit that the slight thrill it gave us was worth the experience. It also confirmed to us that Colombians are some of the nicest people on earth, something we encountered day after day in our six weeks there.

Have you ever hitchhiked? Would you hitchhike in a foreign country?

Should I Stay Or Should I Go? A Traveller’s Conflict

Love this!
When my friend and I were working in Costa Rica, we ended up hitchhiking all of the time. We had a 2 mile walk along this dirt road from where we were staying to where we worked, and old guys in pickups were always letting us hop in the back – especially when it was pouring down rain – and dropping us off. The first time it was scary, but since it was only two miles in the back a truck we figured, hey – we can just jump out if he passes our road.

Once we had to put our faith in a hostel worker. We were supposed to take a series of 3 busses to get from one town to the next, but we weren’t going to make it in time to catch the second bus. She said she’d call her “friend” a taxi driver and he’d drive us to the next stop for a very reasonable fee so we didn’t get stranded in a strange town at night with nowhere to stay. Was it dumb? Yes. But we went for it. It was this little old guy waiting for the two white girls to get off the bus. He was SO nice, and he FLEW getting us there just in time to catch our next bus.

Call me crazy, but sometimes I think you’re more likely to meet a criminal on a bus (because he’s looking for tourists) than in the back of some nice farmer’s truck. 🙂 Great story!

My dad used to pick up hitch hikers a lot when I was a kid and I would get really nervous lol Glad he was a good person and there was a happy ending!! 🙂

I hitchhiked in Mexico with great ease. I TRIED to hitchhike in Denmark, to no avail. After both experiences, I find it interesting that it was much easier (and still very safe) hitchhiking in a place with a reputation for being dangerous, while in a very safe and developed country, no one was willing to take a chance on picking up my travel partner and me.

I’ve never done it before, but I want to at least once before I die! Love this story!!!

I find this happens a lot while traveling. I’ll do something and then in retrospect it’s like hmm that might not have been a good idea. But thankfully it has always turned out fine for me!

Never hitchhiked…but glad this story had a happy ending.

Nick – Yes, the more I travel the more I realize that this world is made up of great people…

Katie – I totally agree with your last sentence…often the local people are more than happy to help out. Great stories!

Jennifer – I’m sure you met some interesting people that way!

Colleen – Yes, isn’t that true? Hitchhiking seems to be much more commonplace in the so-called “dangerous” countries. And yet, I’ve never had anything bad happen to me while doing it!

Andi – Thanks, Andi! I hope you try it one day…

Jessie – Oh God, I could write a book on all of those moments. I’m glad it has always worked out for you!

We also seem to accidentally hitch-hike a bit. The one that cracked us up the most was a pimpin old Albanian guy in gold aviators who insisted he was the “bus” driver, then led us to his 1970s metallic gold merc.

Driving through the back roads of rural Albania, there was that niggling voice in the back of my head (i.e. my mum), but thankfully he looked after us.

And I agree – most people in the world are good. I just don’t want to meet the others 🙂

Alli – God, I love those situations. Sometimes I get a very strong gut intuition that, no, I shouldn’t get in that car…but sometimes, you just gotta see where the man in the gold aviators takes you.

I have waited at that exact bus stop! My wife and I went from Medellin to Salento, and the bus that comes from Armenia passes that bus stop every so often on its way to Salento. But we definitely had similar experiences, getting across the border to Honduras waaaaay past the last bus and having to hitchike to the nearest town. Good times!

Ha ha it’s a good bus stop! Sometimes hitchhiking is just the accepted form of travel, though I would have been nervous to do it in Honduras…