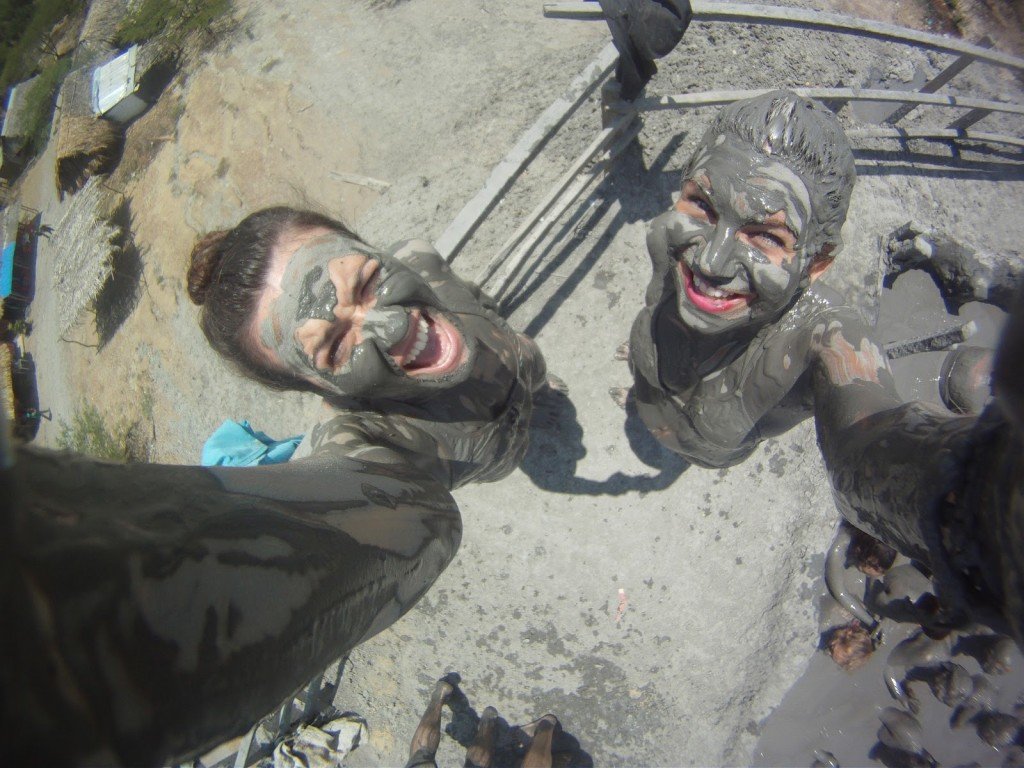 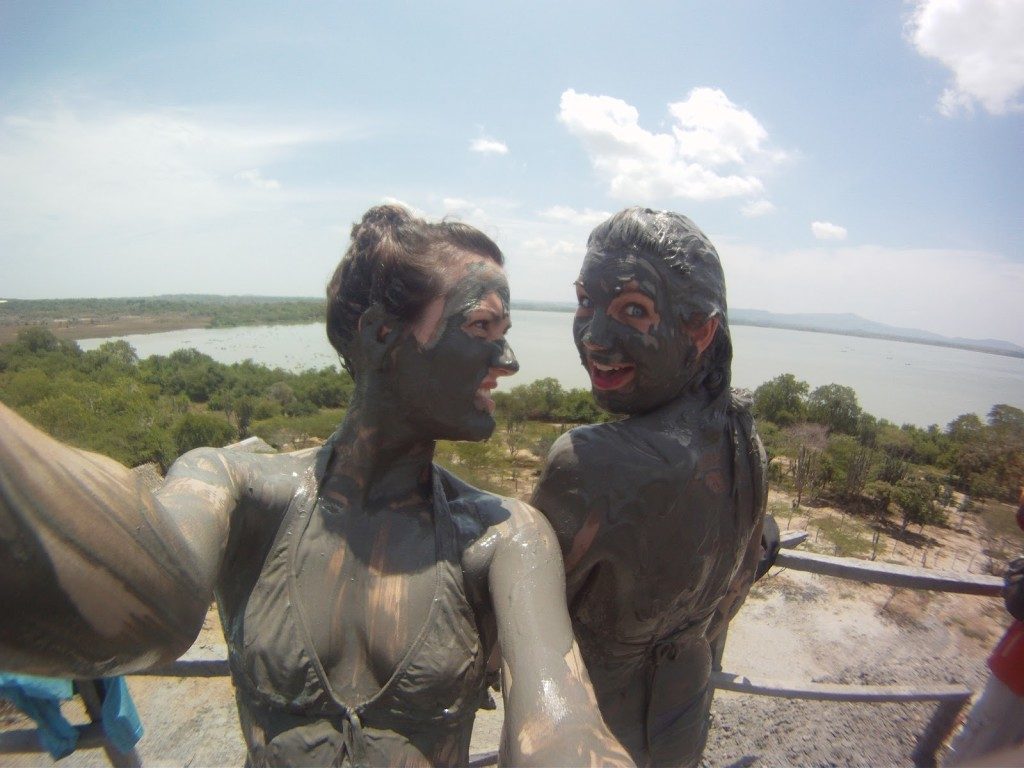 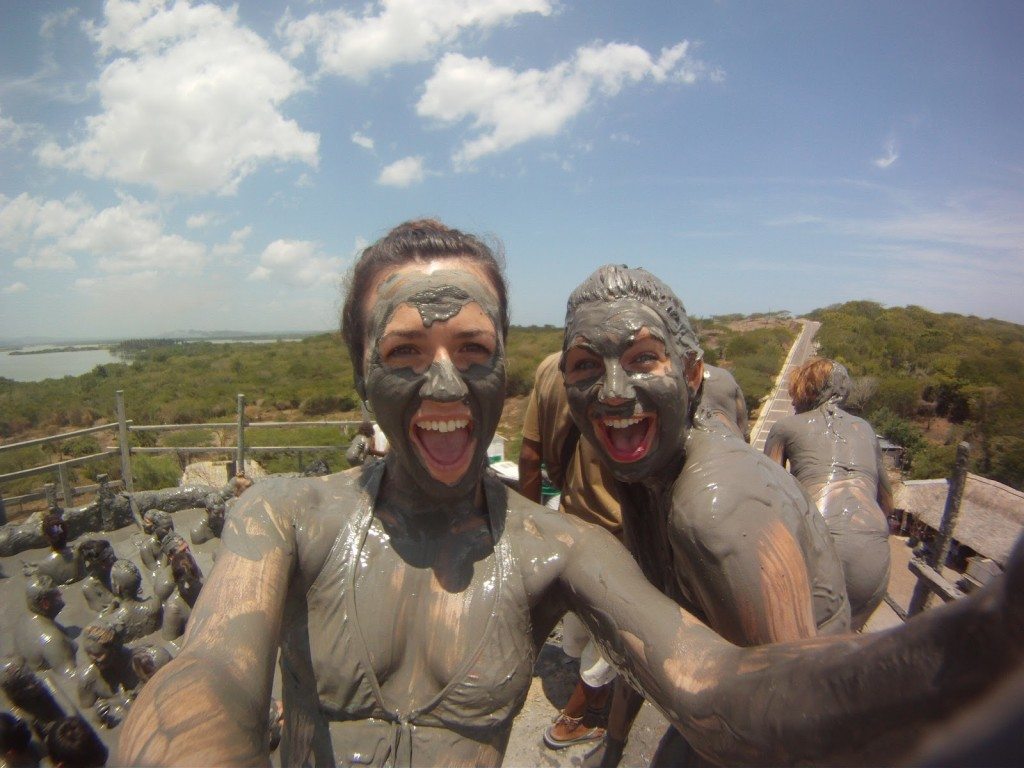 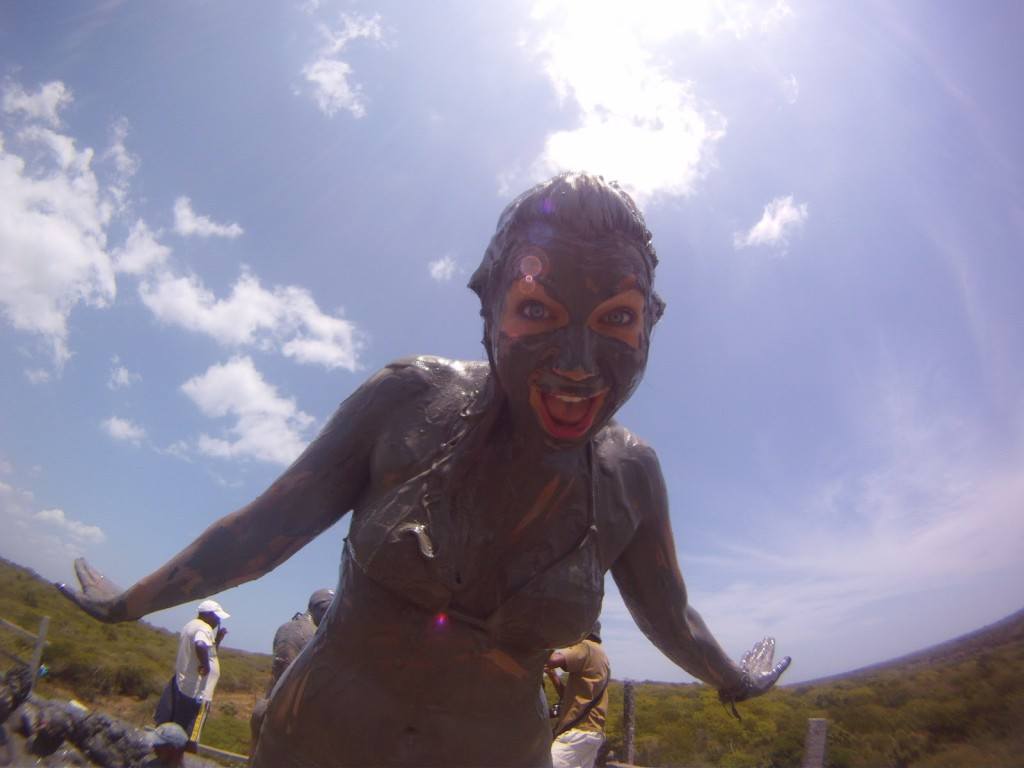 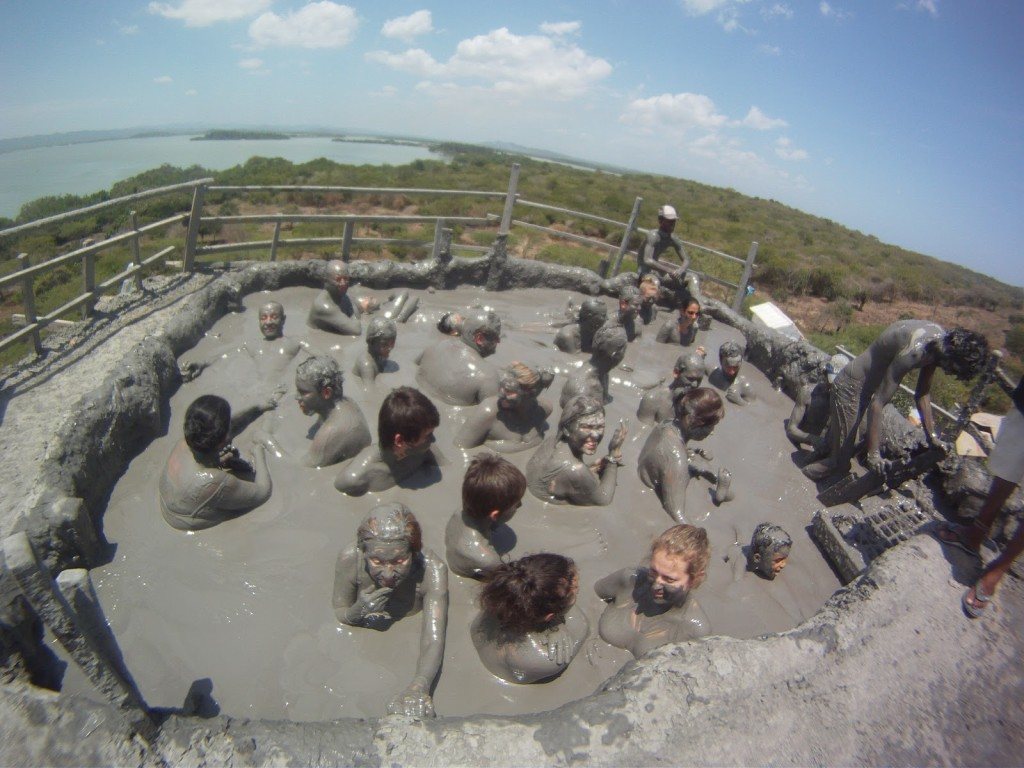 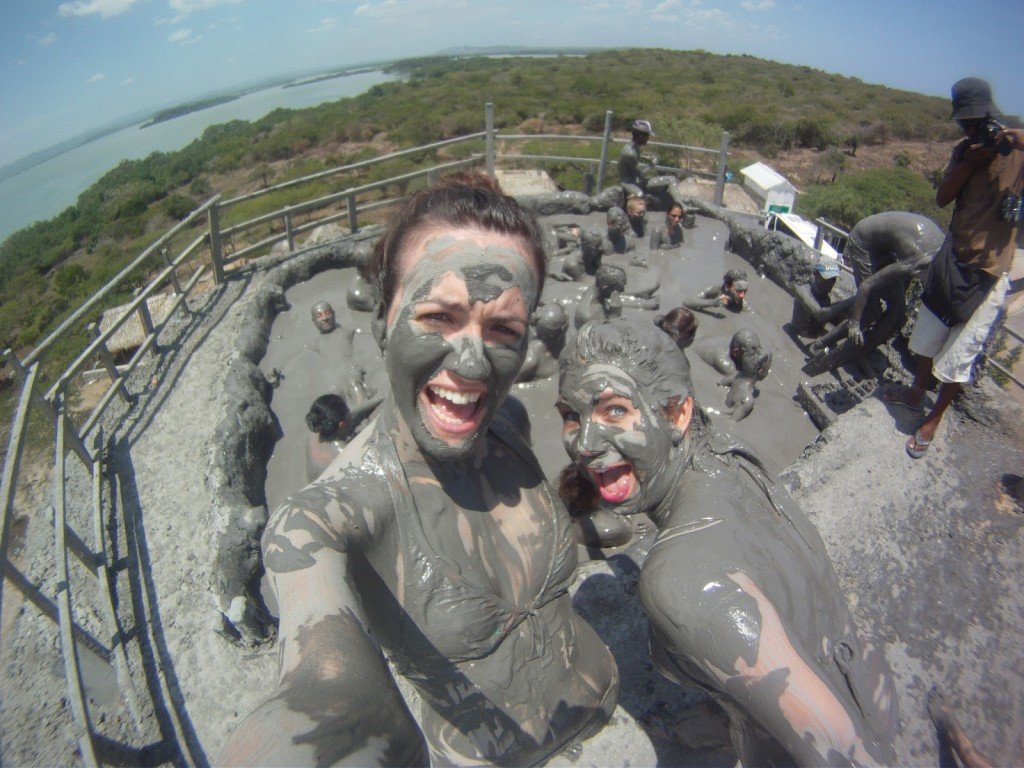 Kerri and I have been in Cartagena for nearly five days now, after sailing into the harbour on Sunday. The sailing trip – from Panama to Colombia – was one of the greatest things I’ve ever done, and it merits many of its own posts (which will come eventually). Today, however, is about the craziness that occurred yesterday, just outside this little Caribbean colonial town.

The city is hot, very hot. Situated on the sea, it is a beautiful place filled with strange fruit and massive fortresses and colourful buildings. The people are full of music, the sky full of sun. Attempting to break up the week we’re spending here, we decided to head to the beach Playa Blanca for some always-needed, always-wanted swimming. By late Tuesday night, however, we had heard a few mixed reviews about the tours going there. “What about a mud volcano tour?” I asked Kerri. As with most things we encounter on our travels together, it took us about 30 seconds to agree that, yes, we should indeed cover our bodies with volcanic mud.

The tour on Wednesday morning had a frustrating start – we had to drive around the city to pick up what seemed like dozens of Colombian families (in actuality there were probably only about 20 people on our bus). After an hour’s drive, we reached the “volcano”…a giant mud hill on the bank of a river. I turned to Kerri, slightly perplexed. Turns out this was not the last time our faces would meet in utter confusion.

We climbed the 30-odd steps or so, equipped with only our cameras and our bikinis. Upon reaching the top, we stared, bug-eyed – the mud bath was a writhing, slithering mass of bodies, and much smaller than I thought it would be. We were helped into the pit and literally had to slide around; with zero control of our bodies and with no bottom to stand on, you were at the complete mercy of the bobbing people around you. “Is that your foot???” we asked each other (and more than once, I might add).

It was bizarre, so bizarre. We laughed and laughed, turning to each other constantly to squeal and squirm and to help each other right our out-of-control limbs. We opted out of the massages being offered, choosing to pour mud on our own heads and shoulders instead. By the end, only my eyes and mouth were devoid of the thick, gray sludge. We climbed out slowly, our bodies heavier and feet slippery, and we snapped a thousand photos of our ridiculous selves with the GoPro.

After descending the volcano, we walked to the nearby river to wash off; there, even though we insisted that we were fit to wash ourselves, Colombian women surrounded us and doused us vigorously with water. Faster than lightning, they had removed our bikinis and were scrubbing our bodies in full view of any other mud-covered human (though everyone seemed to respect the no-looking rule). Minutes later, we staggered to the riverbank, our skin clean and moderately softer, our eyes wide in amusement, our mouths agape in slight shock.

“What… just… happened?” Kerri asked me.

>I turned to look at her, and, before I could utter a reply, we both burst into hysterical laughter.

Tours to the mud volcano can be arranged through your accomodation (in our case, Mamallena’s hostel) and should cost about 30,000 pesos (approximately $15). This tour included a stop at a nearby beach, though we opted out of lunch, which would have added another 10,000 pesos to the tab.

A Love Letter to Cartagena

A Journey To Amritsar

The Floating Village of Siem Reap (And The...

You Will Discover Wanderlust

How Do You Know You’re Ready for Long-term...

The Beauty of Bicycles in Aarhus

Well at least everyone respected the no-looking rule!

This sounds absolutely bizarre yet wonderfully fun at the same time. I’ll consider it when I’m in Colombia next year 🙂

It is the weirdest feeling not being able to touch the ground/bottom. It really freaked me out at first.

This looks SO much fun! I may have to do this myself when I get down to Colombia 🙂 xx

Wow – crazy! Looks fun but not sure how I’d feel about not being able to touch the bottom. You guys got some great shots with that GoPro camera!

lol what an experience!

Thank you for all of your comments! It certainly was a crazy (but fun) day…

p.s. Tom and Ali, you should TOTALLY do it when you’re in Colombia!

I’m currently staying across the street from Mamallena at the Media Luna (yuck) as they didn’t have availablity at short notice, but we are doing the mud volcano tour in 2 days and I could not be more excited thanks to your post and other hilarious reviews of this activity! can’t wait 🙂

Ahhh! Have fun! It’s such a bizarre experience…

Did anyone go completely under the mud?

Not that I remember!