Caught In Its Clutches 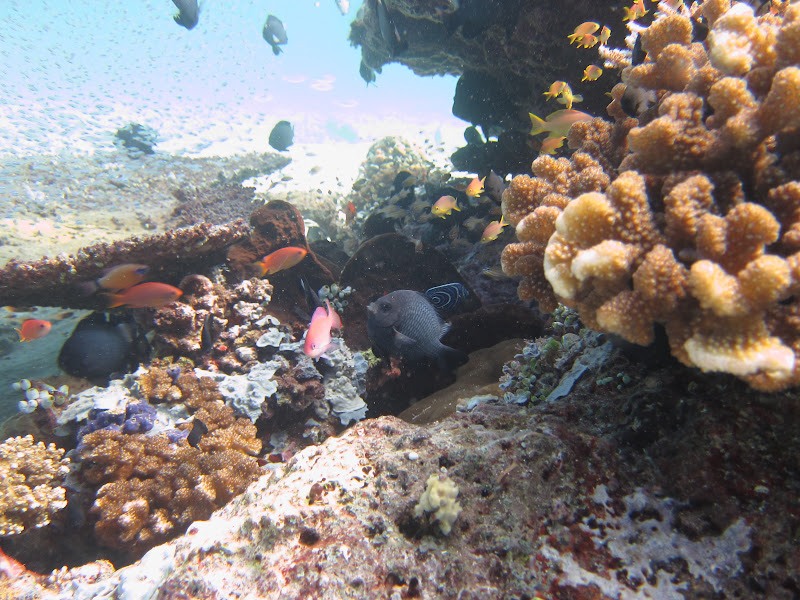 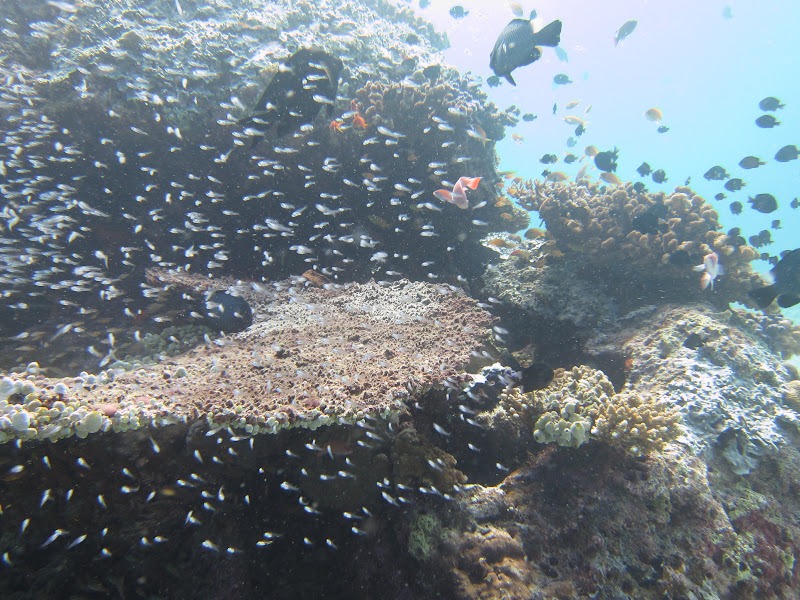 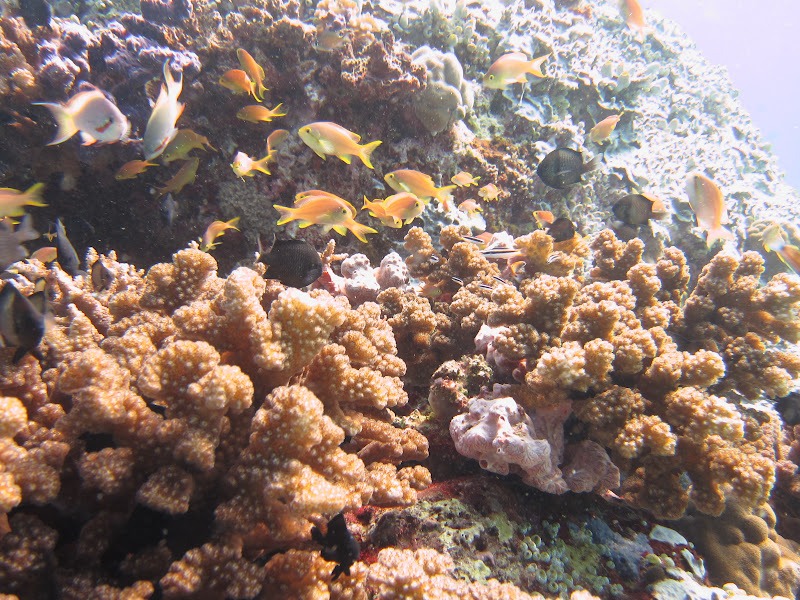 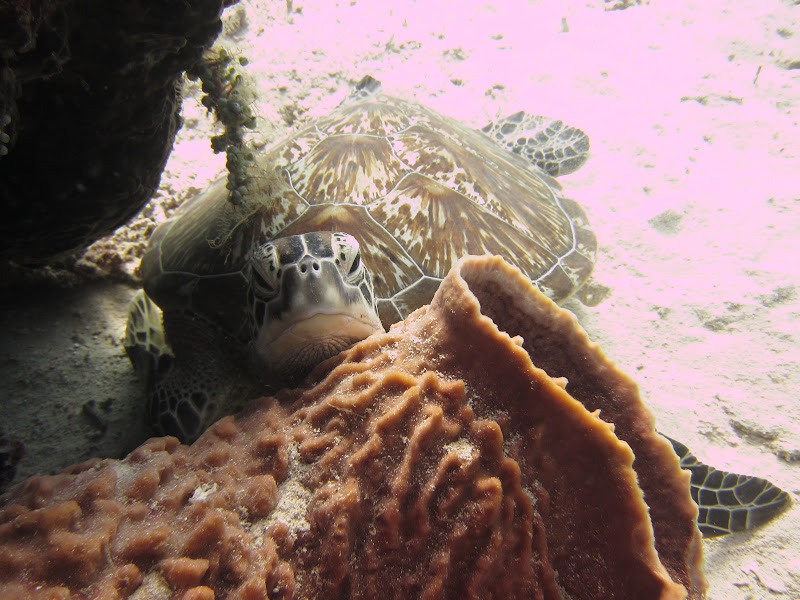 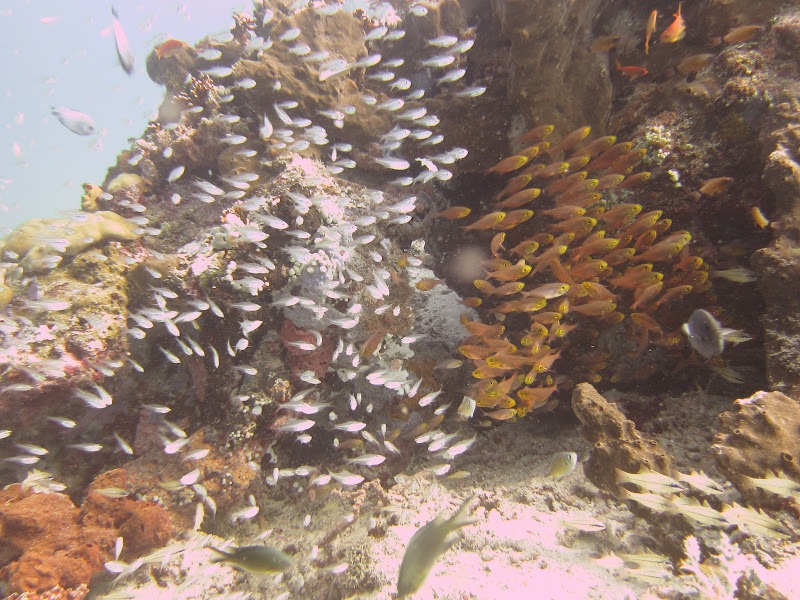 I am still in Utila, where the days are blending into one and I can’t really remember what I did yesterday afternoon or last Friday night – it’s all one big blur, one big blur of swimming and diving and drinking and laughing and lying in hammocks under the stars. I have absolutely no intention of leaving anytime soon.

I finally started diving again, after almost a year without doing so. I must say that I am incredibly spoiled, as I learned to dive in Thailand and Indonesia (where the photos above were taken), surely some of the best places on earth to dive, where I was surrounded by crystal clear waters, schools of curious fish, lazy turtles, and the kind of sharks I probably should have been scared of but I never was. Here, in Honduras, the diving is still good, but it isn’t as peaceful and meditative as my diving in the past – the ocean is choppy, the currents strong, the fish hidden or perhaps just more timid than their Asian counterparts. And yet, there is always a feeling I get when I am 20 or 30 metres under the sea, a feeling of wonder and awe, a feeling of absolute gratitude. Perhaps my favourite feeling in the world is to turn over on my back when I dive, and just look up.

I had meant to do a lot more while on this island – study Spanish, dive at least ten times, finish a few chapters of my writing course, pitch a few stories to various websites. I have once again fallen victim to the island life, preferring instead to chat with other travellers, locals, and expats, drink pineapple smoothies in the shade, and float in the ocean for hours.

But really, on an island like this, can you blame me?

Utila And The Sun

All Travel is Travel

A Love Letter to Cartagena

Of Bright Colours and Best Friends

I have done a lot of diving in Thailand and Indonesia, too. It was amazing. So amazing, I am forever hooked to the underwater world! I understand completely how addicting it is! enjoy 🙂

I looove diving, I first went in Egypt (and saw ruins!) and then in Croatia and then went home and finally got certified in California. I must be almost 3 years now since I last went, I need to get on that!

I’m reading another travel blog — the couple left Utila a month (or two?) ago. They, too, had only intended to stay a short while. Instead, they stayed several months (6 maybe??), received various scuba certifications. Seems like you might have found yourself a black hole for travelers.

The first time I went scuba diving, I swore I would make it a regular part of my life. That was 6 years ago and I haven’t done it since. Your photos have reminded me that I need to put it back on my list.

I learned to dive in the Great Barrier Reef and it’s just been downhill since then haha. That turtle pic is AMAZING!!! Enjoy the tropical life for me!

Love the photos! I can’t swim too well and am terrified of sharks so have never dived but I’ve done some snorkelling in Egypt (Sharm el-Sheikh) and it was amazing! Would love to get over the fear, learn to swim and try diving! Can imagine it would be amazing x

No I don’t blame you one bit – it sounds amazing! Keep on enjoying hun xx

Glad you are enjoying the island life. I am looking forward to blurry days again.

Bailey – Yes! Such amazing diving in that part of the world. We are definitely spoiled…

Jenna – Wow, I’d love to go diving in Egypt! What a cool experience…

Andi – Thank you! I’m so jealous that you went diving in Australia, that’s always been a dream of mine…

Steph – I had a major fear of dark water a few years ago, but diving actually helped me get over it! Maybe you should try??

Ali – You know how tempting a wonderful ocean setting can be!! xx

your photos from under the sea are stunning, you should frame the turtle and put it in your bathroom (when the time comes to decorate a home) xo

Expatkerri – He looks so grumpy! “Take your photo and then LEAVE ME ALONE!”