The Story of Little Corn 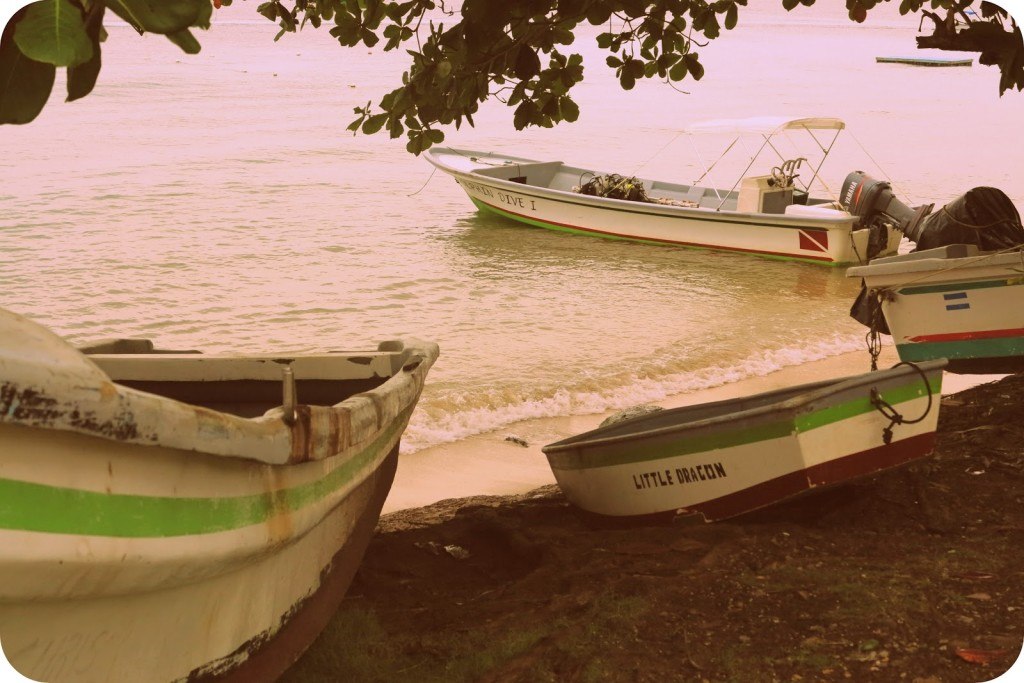 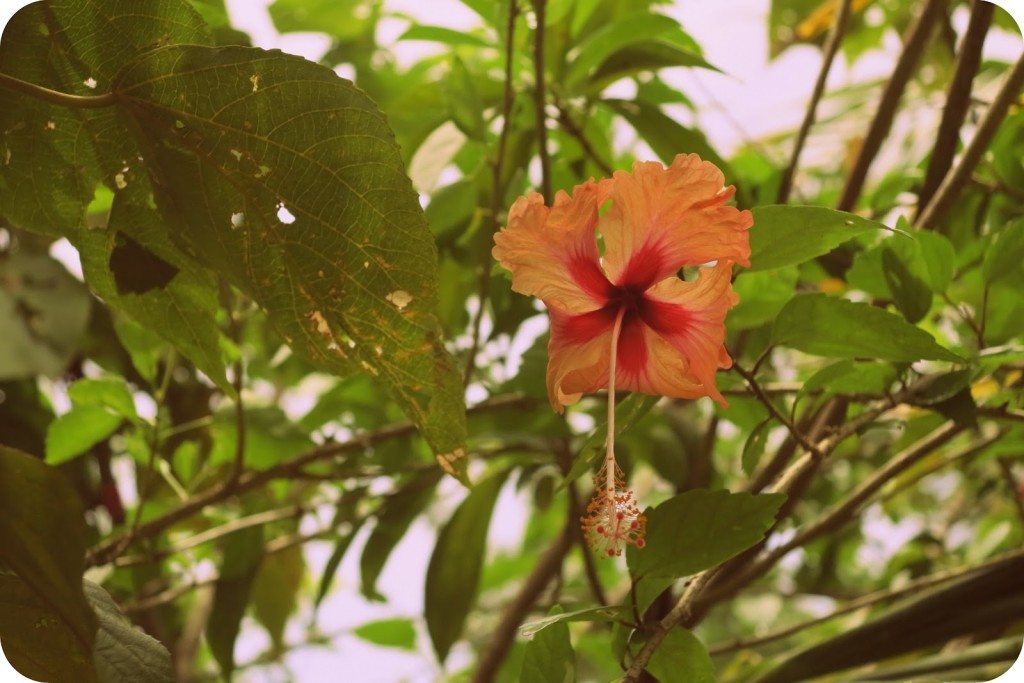 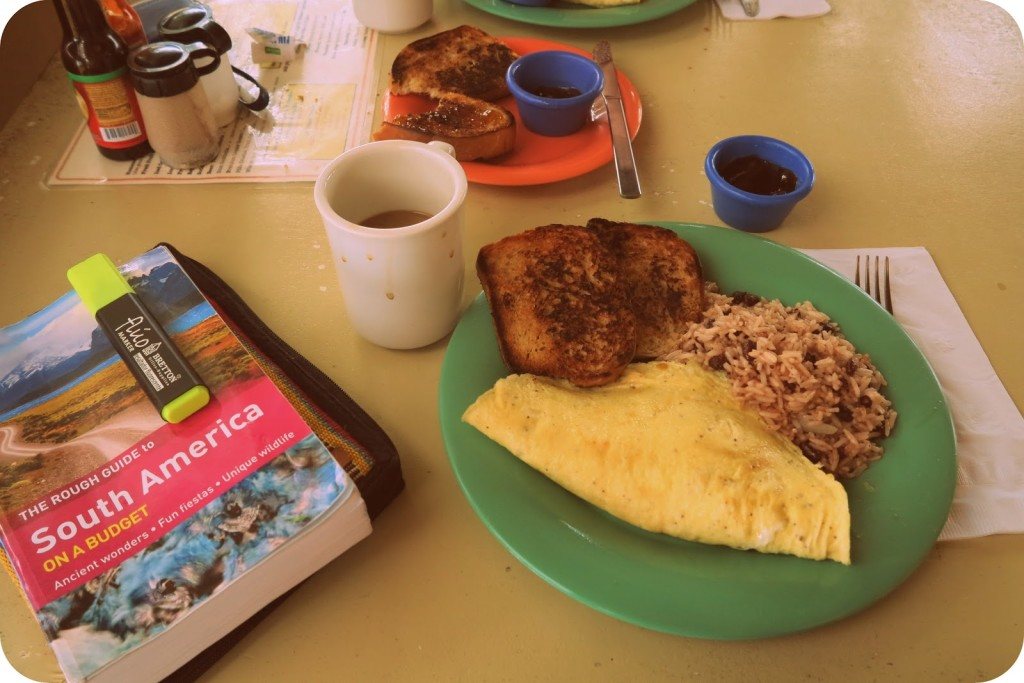 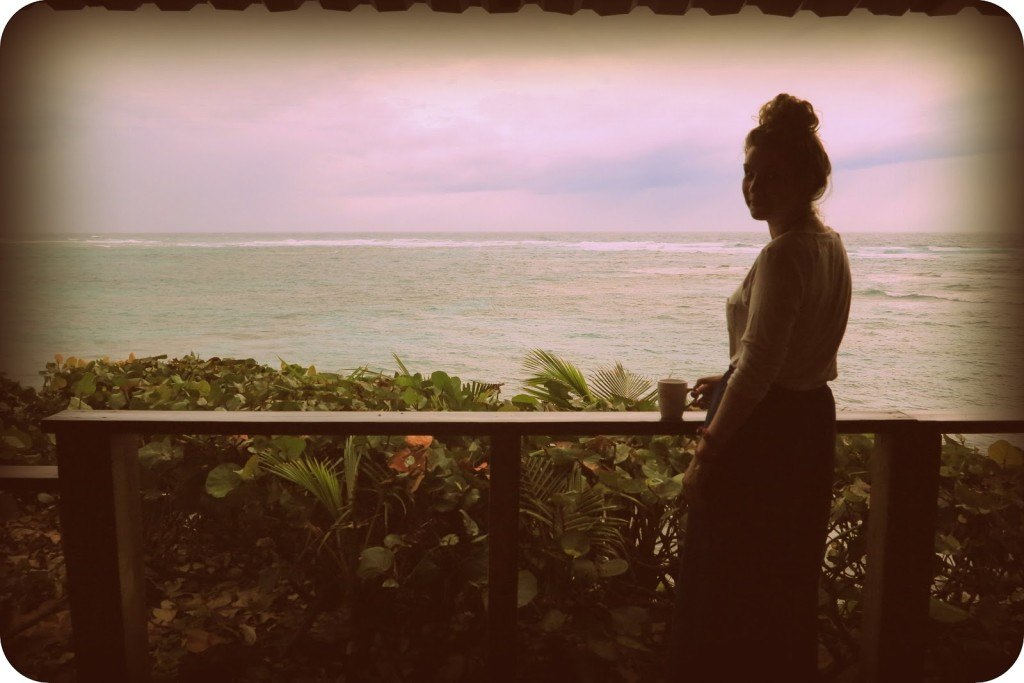 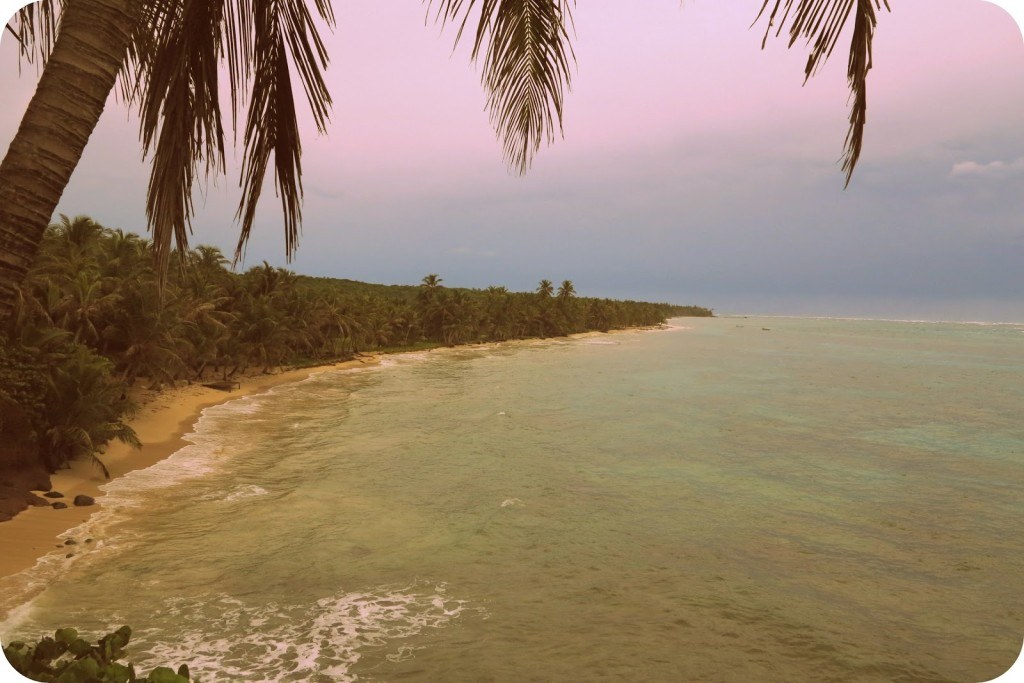 “How many days do you think it would take people to find out that this island was destroyed by a giant storm and we were washed out to sea?”

It was 2am. We had no power in our tiny little shack on the beach, the one with the tin roof, the one in which every single raindrop (of which there were many) pounded down in fury and haste, echoed in our ears, made us have to holler to be heard. Whenever we attempted to look outside, the slanting rain forced us to close the windows again. The palm trees, dark and wild, were nearly bent in half. Without even seeing the ocean, we could tell the waves were crashing with a violence we weren’t expecting.

“Um…?” I stuttered over my reply. “I guess, three days, if we were lucky? Probably more like a week…”

Kerri and I took great lengths to get to Little Corn, the supposed Caribbean paradise off the coast of Nicaragua. We taxied and flew, we survived the choppiest, scariest, and wettest boat ride of our lives, and then we arrived, soaking wet and excited, to the tiny island in the sea. Our excitement and naive hopes of lying on the beach and swimming all day soon turned to worry – why are the skies so black? we mused. Is this just an afternoon storm?

We quickly learnt that the fears every beach-goer has in the back of his or her mind were very much a reality. Our week on the beach was doomed to be rained out, blanketed by perpetual clouds and buckets of rain. The beach was ominous, its colours muted by the lack of sun. We could imagine what the island would be like on a beautiful, bright day, and we kept crossing our fingers that tomorrow, tomorrow would be that day.

Tomorrow came and went, and the sun never showed its face.

But we are optimists, her and I. We are forever trying to make light of even the worst situations. It is a trait that any seasoned traveller must have, it is a characteristic that works in your favour when buses don’t show up and bags are lost and hearts are broken. So instead of wallowing in our misfortune, we counted our losses and made the best of it all. We spent hours laughing over beers and cards. We finished whole novels in a day. We went swimming whenever there was the smallest respite from the rain. We wrote stories and read them to each other. We went diving despite the choppy waves and the so-so visibility. We walked through the tiny town, stopping to snack on fresh coconut bread and cold beer or play with kittens or buy cookies or chat with the few other travellers brave enough to weather the storm. And, in our own way, the island became the paradise it promised to be.

“It sounds like this is the setting for Jurassic Park,” Kerri shouted after a particularly curious sound emanated from the jungle surrounding our hut. The waves kept crashing and the wind kept howling and the storm kept hurling itself at us, over and over and over again. Fat raindrops leaked through the window and onto my already damp bed. A coconut crashed on the rooftop, causing us both to bolt upright. The lightning that filled our room every few seconds lasted long enough to illuminate our distressed faces. The clock shone 3am now, and we weren’t any closer to sleep.

But, like all storms, this one eventually passed. As the seconds grew between lightning and thunder, as the rain now sounded distant and calm, as we were finally able to speak without yelling, I said to Kerri,

“That was kinda scary.”

“Yeah,” she answered back. “But it was also kinda fun.”

Why I’m Single (But Not Alone)

The Perils Of The Solo Traveller

Around The World: Schweppes Limon

The Last Time I Saw You (Part Four)

The 10 Unavoidable Truths of Travel

It sounds like you both made the most of a frustrating situation. So I’m here, butt planted on a sofa in Fayettenam — er, Fayetteville, NC, US — and raising my wine glass to the both of you on the next exciting leg of your journey! Here’s hoping the rain doesn’t follow. 😉

cheers to us and our final sunny blue sky day here on little corn.

may the skies ahead be without lightning nor thunder!

Scary & fun at the same time? Sounds like my kinda adventure!!! Hope the rain stays away!

wow! that is kinda scary. Glad to hear you made the best out of the present circumstance, instead of playing it safe inside your little hut.
curiouskinks.blogspot.com

Both scary and fun – a succinct description of travel and life. 🙂

Thank you for all of your comments! You’re right; I think that scary + fun = one great adventure.

[…] in 2012 and Nicaragua was perhaps my favourite country of the bunch. From the scuba diving in Corn Islands to surfing in San Juan del Sur to walking the colonial streets of Granada and Leon, there are […]

[…] once spent a week on the island of Little Corn in Nicaragua and it absolutely belted down the entire time, so much so that I only saw the sun once. I’ve spent my fair share of days in the rain, even […]