Where To Find the Sinking House of Paris

Over the past year or so, as I’ve enjoyed Instagram more and more (and simultaneously less and less with the new algorithms, if I’m honest), there have been some photos that have actually inspired me to travel somewhere new, or to explore a different part of a place I’ve already been. I fell in love with Cinque Terre through Instagram, for example, which inspired not one but two trips there this year.

In doing research for my recent trip to Paris, I noticed that a particular photo kept popping up – the “sinking house” or “tilting house”. Although I’d been to the French capital a few times before, this seemed like a fun and unusual spot to visit, and so I decided to try to find out just how exactly to find the sinking house of Paris. It turns out I’d actually walked right past it quite a few times already. The reason I didn’t notice it before is – no surprise here – the effect is actually an optical illusion. That’s right, it’s merely a case of tilting your camera. I hate to pull back the curtain on the Wizard of Oz here, but as I had fun taking these photos I thought I’d share the joy in case you find yourself in Paris. I also received a few messages after posting the above photo on Instagram asking me how exactly one can achieve the same shot. 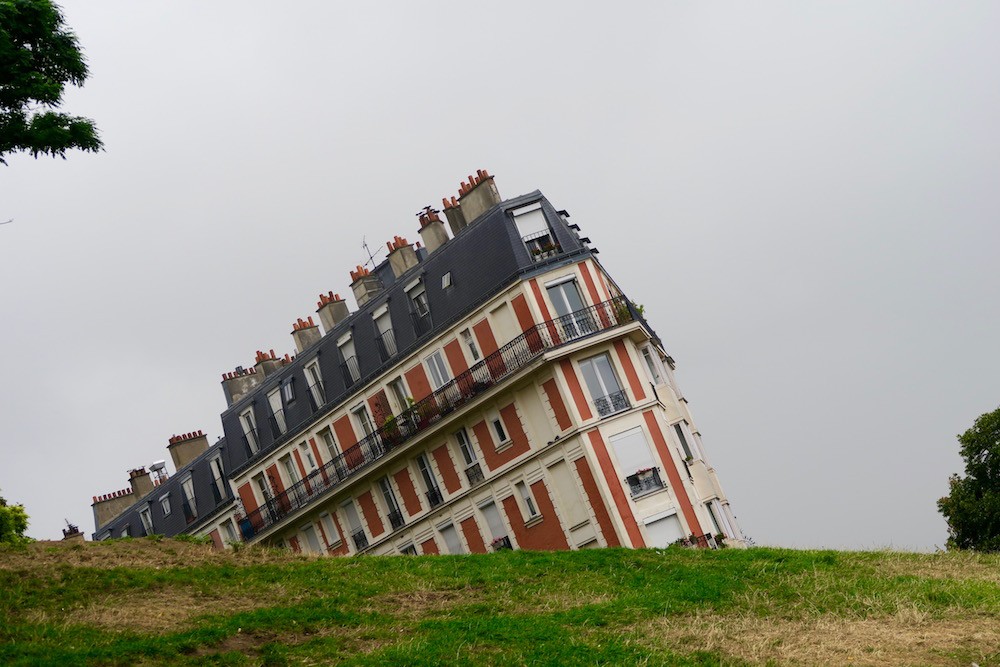 So… where is the sinking house of Paris? It’s in Montmartre, right next to the Sacre Coeur (most easily reached from the Anvers metro station). Near the top of the many steps to the Sacre Coeur, on the right hand side, you’ll see a small grassy bank. The orange house is behind that bank, but, because you’re climbing a hill, you simply need to turn your camera about 45 degrees and… voila, as they say in Paris. You get the effect that the orange house is actually sinking in the background. Alternatively you can edit the photo later to get the same effect. 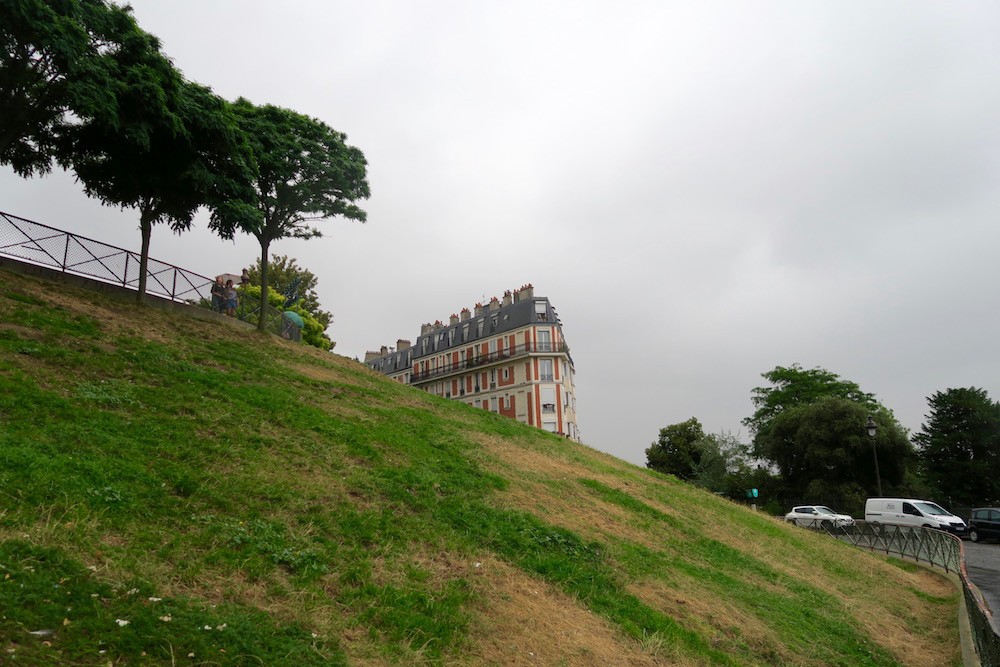 Yep – it’s that inconspicuous. I hope you get some sunshine when you visit!

Montmartre was the neighbourhood of Paris I fell in love with the first time I visited, when I was 17, and not much has changed. Now that I know about this extra little bit of quirkiness, I love it even more. 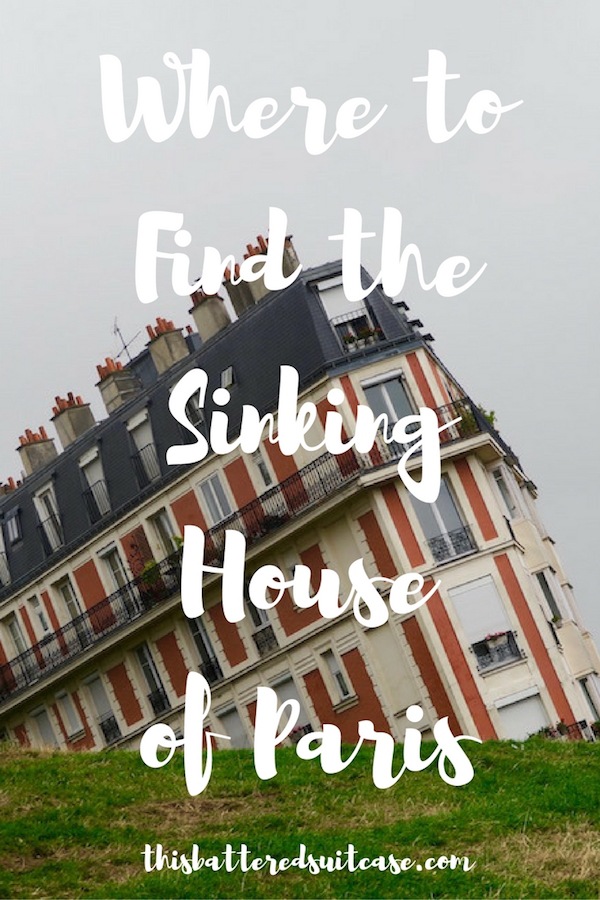 Have you seen the sinking house of Paris? Do you know of any other cool optical illusions around the world?

Best of London: “Ride the Slide” at ArcelorMittal Orbit

What to Wear in Cuba

The Morals of Travelling: Should I Go Shark...

The Myths of Central America

Nine Mistakes to Make as a Traveller

I’ve been right there and never noticed it!! Although I guess I wouldn’t unless my head was permanently tilted haha – and yeah, totally agree on Instagram. Wish I hadn’t updated!!!

I know, the algorithm is awful. Oh well! At least we have Paris. 😉

I love scrolling through instagram for inspirations or to find cool places in the country I’m about to visit. And I message fellow travelers there for advice.

The power of social media being put to good use 🙂

For sure! I often see amazing photos on Instagram that inspire me to travel to a place. I love it!

I’m landing in Paris in less than a month (my first time to Europe!), and getting all sorts of trip inspiration from Instagram. Love this little quirk, and so excited to explore Montmartre – I’ve heard such good things!

Montmartre is so beautiful! It’s definitely my favourite part of Paris. Have fun!

Haha that’s so sneaky! I love quirky things like that and I also love Montmartre. Maybe I’ll try to find it myself when I’m next in the city 🙂

Yes! It’s such a cool area and I’m so glad that I found the “sinking house”. 🙂

Haha what a great illusion… I love quirky sites and things like this! Thanks for sharing xx

I’m not quite sure what you mean… credit who? Which sources? If you mean the Instagram accounts I saw this on, I simply searched poplar Paris hashtags and this image came up dozens and dozens of times. I didn’t realise that taking a photo of something that has been photographed before required credit.

It’s a shame you feel the need to comment with an anonymous name and fake email address… but such is always the case with these kinds of comments. 😉

I’m just beginning to think about spending a little time in Paris next summer, so I’ll definitely be keeping this location in mind. This post was pretty funny, but now I’m going to be looking at all hillsides differently!

I wonder how many thousands of people have walked right past this and never noticed that they can create this effect?!