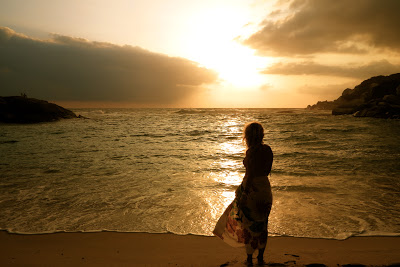 Tayrona National Park, Colombia
My adult life has been constantly in motion, characterized by perpetual movement and a nagging need to always have something on the horizon. There was university in Halifax, and then backpacking through Europe, then a few months in Toronto followed by adventures through the Caribbean and Russia. I moved to Scotland, and then Japan, with lot of travel in between. Most of 2011 was spent on the road, first in Southeast Asia and the Subcontinent, and then through North America. Most of 2012 was spent in Central and South America. There was always something, always more.
And as 2013 dawned, I found myself struggling to figure out exactly what I wanted to do. There were a few options, and for a while I thought I wanted to move to Thailand to complete my dive master, but since returning from Brazil a month ago I’ve realized that I’m ready for a little bit more stability in my life. I’ll still be moving on, I’ll still be looking forward, but this time it will be with more permanence, with eyes on my future years and not just my future months.
And so where do I see myself living for the next few years? It’s a place I’ve always known I would live in, a place I’ve been to many times, a place I fell in love with the first time I went at 13 years old. It will allow me to travel all over the world, it will allow me to reconnect with old friends, it will allow me to go back to school and to hopefully set up a lifelong career. Needless to say, I’m excited.
See you in six weeks, London.
EDIT: Hmm…visa issues. Might be longer than six weeks, but I’ll get there eventually!
*Follow me on Facebook and Twitter!*
EnglandEuropeTravel Plans
18 comments
1
Facebook Twitter Google + Pinterest

How to Deal With the Post-Vacation Blues

I Watched All My Favourite Movies From When...

For the Love of a Classic Car

Oooooooooooooh! Excited for you!! I have never been to London, so I’m looking forward to vicariously living through you 🙂

Ooo ooo! London is such a great city, and such a great jump off point for travelling just about anywhere. 😉 So what will you be doing your masters in?!

Yippee! I’ve never been there either but have it on “the list”. 🙂

1. I’m SO happy for your my friend! I knew it was a decision you were in the process of making and I’m glad you’ll be able to look to future plans while still traveling your heart out.

2. Can I come visit? I’m so serious. You just get settled in and let me know when I can come and I’m there! I’ve never been to London but it’s on my list (and a few of my friends from India live there!)

Rika – Thank you so much! I will do my best to write about it here…

Audrey – I know, I’m really excited for this next phase in life. I’m hoping to do a Master’s in writing!

Steph – Thanks! I’m sure you’d love it there, it’s an amazing city…

Kisha – Thank you so much! One of the main reasons I’m moving there is so that I can still travel all the time. And YES, of course you can come visit! I may not have a very big place but you are always welcome there.

How exciting! Enjoy it!

I’m happy that you’ll experience something new once more, and get to live somewhere you like so much!
I wish you all the best really!

I’m just about to leave London for my first bout of long-term travel and I’m really going to miss this amazing city. You’ll have a great time here and like me, I’m sure you’ll find it difficult to leave when the time comes.

London & myself will be there to greet you with open arms my sweet. Exciting times ahead… as always! xx

Amazing news! All be best on your move to London 🙂

I mostly just read and don’t comment, but I wanted to say good luck preparing to move to London! I am looking forward to reading about your continued adventures.

That’s so exciting! Actually my plan is to move there as well… I guess we’ll be neighbors 🙂

Thank you so very much, everyone!

So excited for you!! I look forward to reading about your adventures!!