The Bracelet From Varanasi 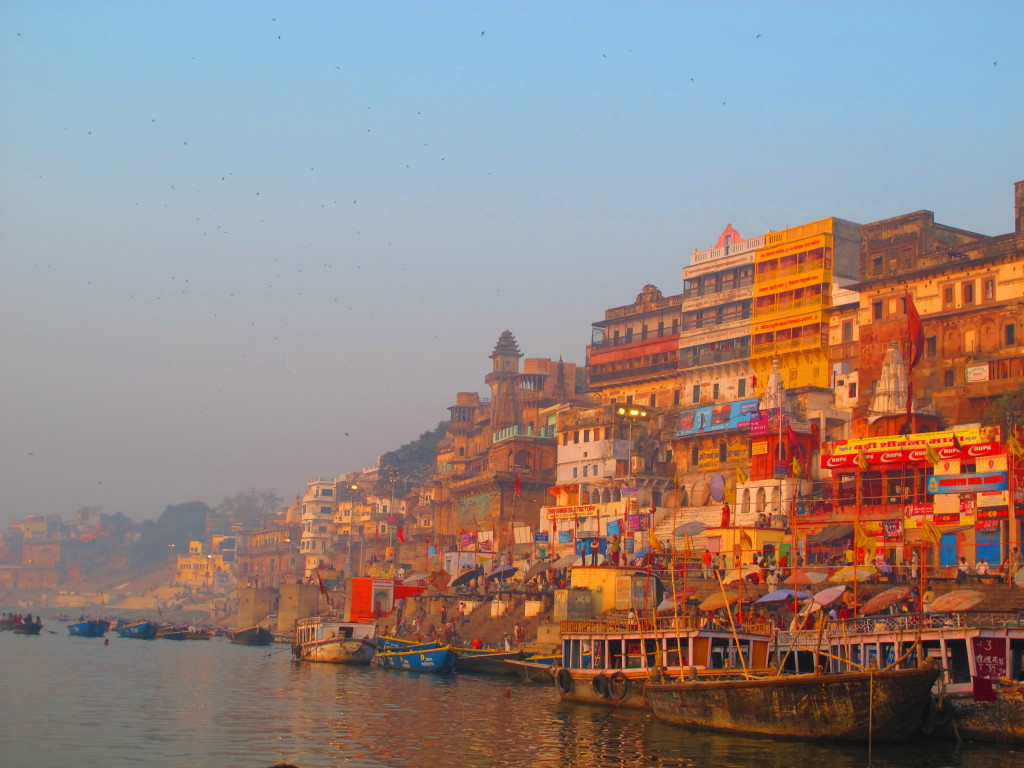 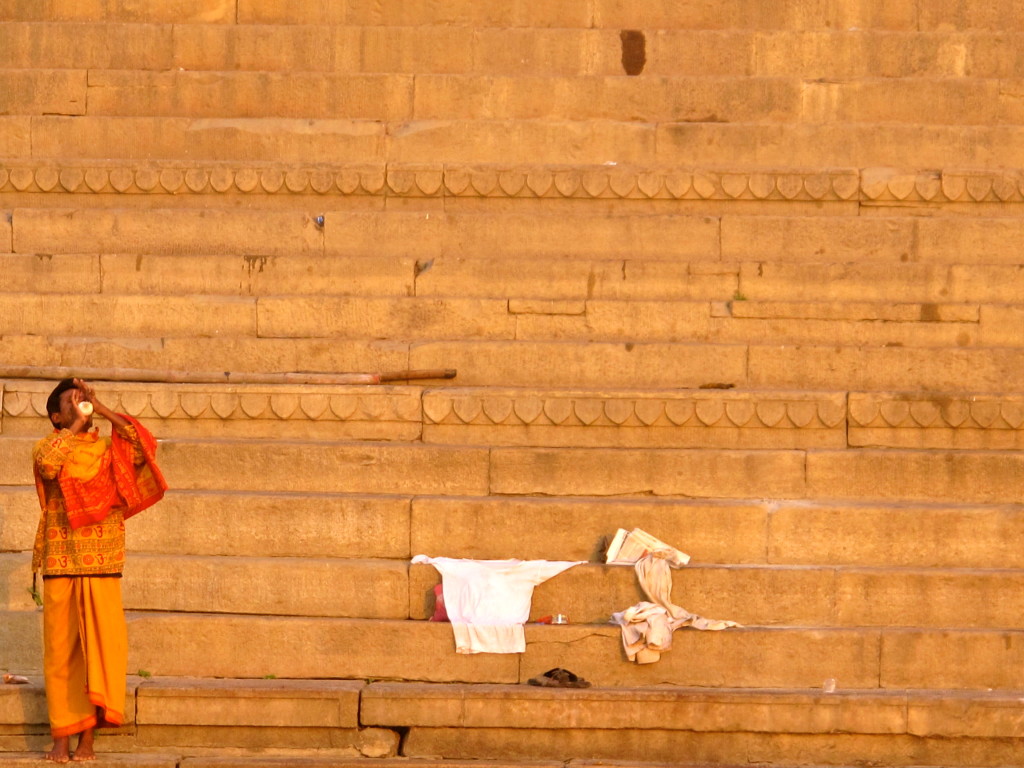 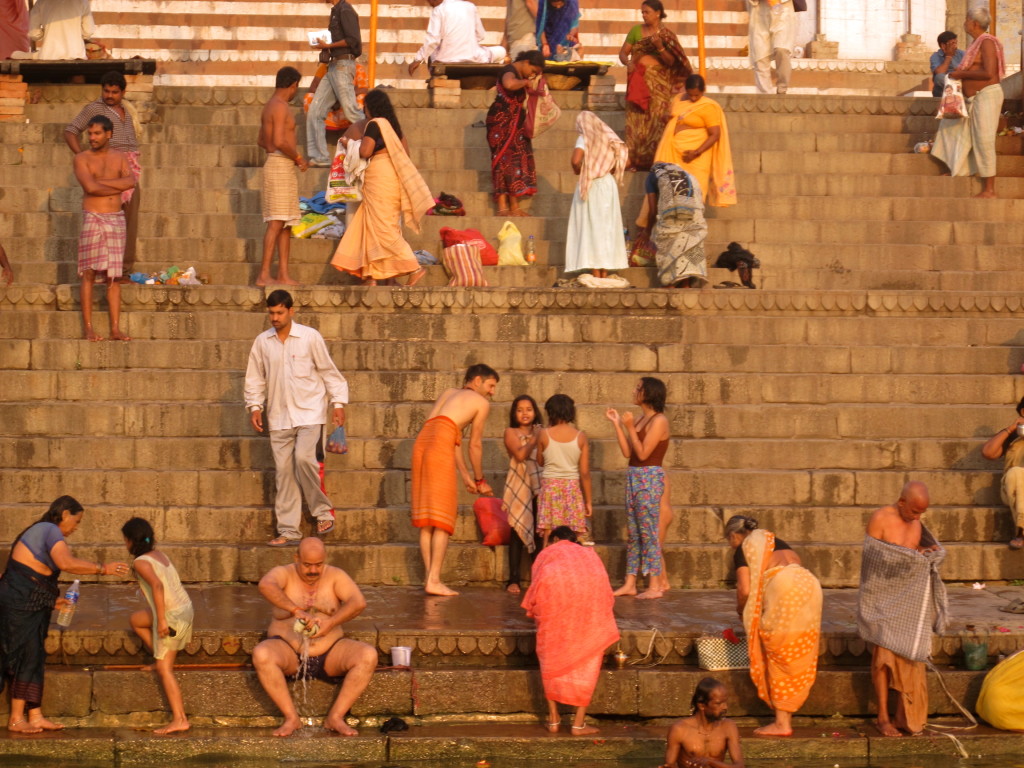 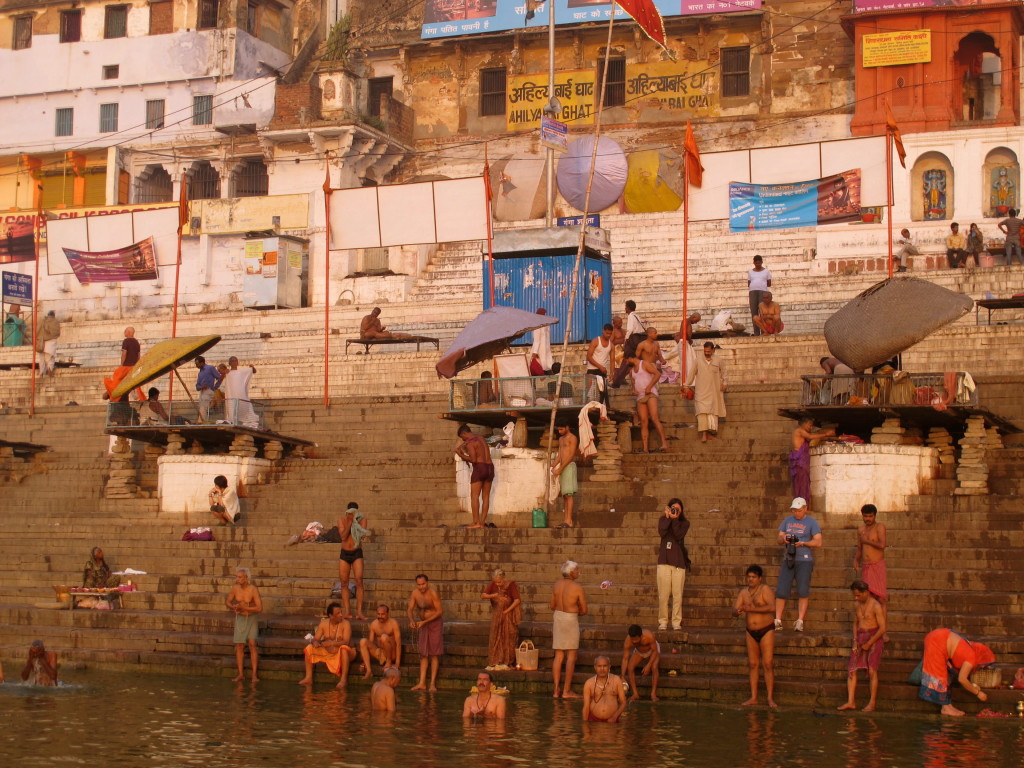 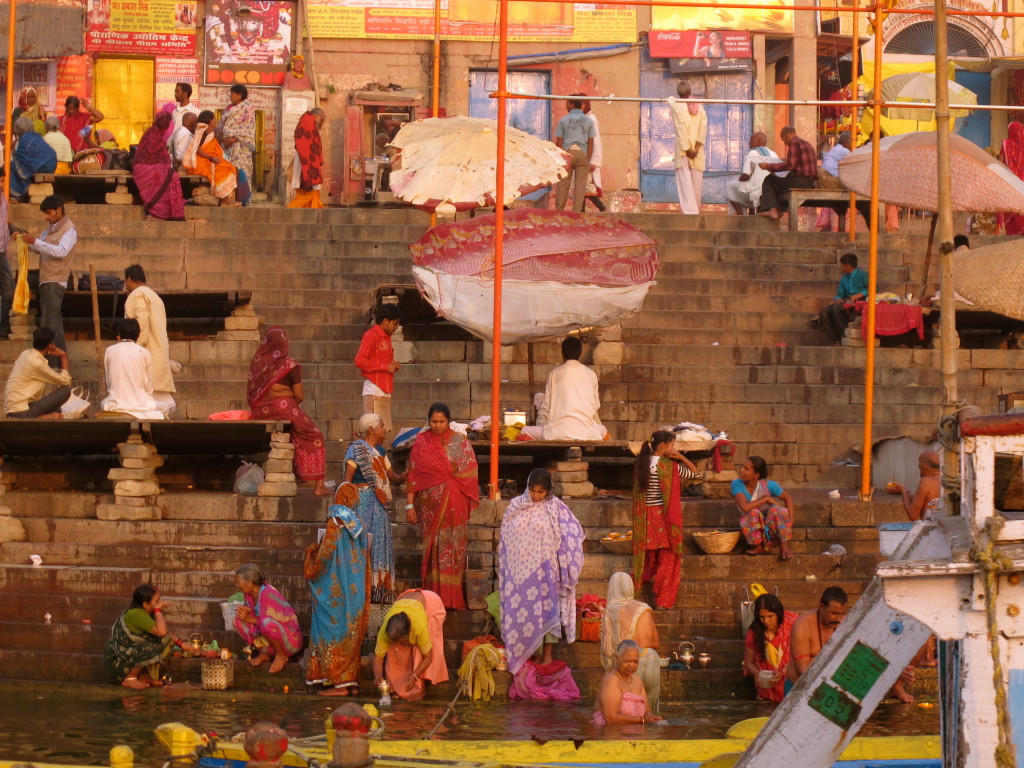 This place was sacred. Bodies burned day and night on the ghats, the steps leading to the Ganges; it was not uncommon to find bits of ash in your hair or on your skin. I balked at the chance to drink tea with the holy men after I learned that the Ganges was the source of the water, even though, as my guide told me, “It will make you closer to India.” I watched each morning as men and women bathed in the river, washed their faces in the river, drank from the river. Hindus and Jains came here to die, the Ganges serving as the divine cosmic road to salvation. Tourist boats rode up and down the water, the people on them snapping photos of cremations.

I was near the end of my trip through Rajasthan, Punjab, and Uttar Pradesh, and, more-so than anywhere else, even the Taj Mahal, I had looked forward to Varanasi. I had read of its spiritual ceremonies, its colours, its chaos. It was March in Varanasi, hardly the hottest month, but the swarms of people, the speeding tuk-tuks, the wandering cows, the thick, dusty air, all combined to create a wall of heat. From sunrise to long after sunset, the city overwhelmed the senses: the market food stalls wafting cardamom and curry, the swishes of saris of lavender and fuchsia, the tinkling of the bells each night on the ghats as the priests carried out Agni Pooja, the Worship to Fire.

I became accustomed to life in Varanasi. I learned where to find the biggest samosas, how to navigate the crowded sidewalks, which restaurant had the best view of the city. On my first day, I encountered a woman selling trinkets out of a suitcase: incense, beedis, bindis, rings. Though I barely had any money on me, we talked for an hour. Her daughter brought us chai, and we sat together on the rough steps of the ghats, drinking out of tiny plastic cups. She told me about India, I told her about Canada. At the end of our conversation I bought a necklace from her, a cheap thing that would stain my neck green. Her name was Priya.

The next day, I saw her again. This time, after tea and conversation, I purchased a few rings to send home to friends. And so it was each day after that, and a friendship grew. Her youngest daughter sometimes took my hands in hers and painted designs on them, swirls of brown henna that dried in the sun as we talked. Other tourists occasionally joined us, or bought things from her, and I took a strange pride in every sale she made. I struggled to find where I fit in; was I just another tourist taking photos, or was I a part of this place?

After another long day of sightseeing, after making my way back to the hotel through the maze of streets, I realized I was still wearing a bracelet I had tried on but not paid for while sitting with Priya. I didn’t think much of it then; she had given me small gifts already, and I would see her tomorrow, my last day.

Morning came, and I walked to the ghats as usual. My friend wasn’t there, nor were any of her daughters. Another woman with another suitcase sat in her place. When I asked about Priya, she shrugged, the bracelet’s presence suddenly weighing down my arm.

I left Varanasi the next day, and India soon after. The bracelet I had taken from Priya stayed on my wrist for months, its cheap plastic parts sustaining the wear and tear of a life on the road. It snapped one afternoon in a hostel room in Cambodia, beads rolling on the floor, and I kept as many of them as I could find. By then I could barely remember the smell of the Ganges, or the sounds of the prayers, or the way Priya looked when she laughed. It felt like a loss, though of what I couldn’t say.

Think Like A Thief: How to Avoid Theft While Travelling

Why I Marched: Thoughts on the London Women’s...

The Fire Opal: A Story from Brazil

This Day vs. That Day

Taking a Break From the Thing You Love

Why I’m Going to TBEX

Well done! You captured that fleeting feeling, one so hard to describe, very nicely. Varanasi is a special place, with all it’s chaos, color, rough edges and shining spirit. Thank you for bringing us back there with you!

Thank you Tamara! I’m glad that you enjoyed the story.

Amazing story, so thought provoking about many of my travels and the little trinkets I have picked up along the way. Your story is reflected in the Buddhist prayer bracelets I am wearing around my wrist now. They were given to me while traveling in Cambodia this summer and they have yet to fall off, since it is bad luck I have decided not to cut them off as well. I can totally relate to you saying that despite time having passed they are a bit of your journey, mine are every bit that and a reminder of where I have been and the experiences I had while there. Thanks so much for continuing to share your wonderful journeys and experiences. Ciao

Thank you so much for your comment, Kristi. I love collecting things from my travels for those same reasons; I always have a few bracelets on my wrists from past adventures. I don’t like to cut them off, either!

Great story! You really captured that ephemeral nature of travel and the people we meet along the way. Love love.

This is a truly lovely piece of writing. You have such a way with words and can really weave a story together!

Every one of your photos from India is breathtaking. I’m planning to visit next year, and partly because of the feelings evoked from the photos and stories on your blog! You have captured so much more than just a place or its people.

Aw, thank you so much, Ruth! I’m sure you are going to have a fantastic time in India.

Reply
You Will Question Your Role As Traveller - This Battered Suitcase December 9, 2013 - 8:43 pm

[…] disclaimer: if this story seems familiar to you, you’re not crazy; I first wrote a version of it here. I decided to edit it as part of my Master’s course. Both the words and the story have […]

Really loved the way you described ur visit in Varanasi,India. ur story is so full of emotions and touched my heart.

hope u have enjoyed ur trip in india. 🙂