The Little Town Of Books 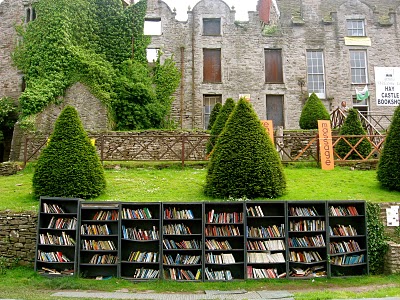 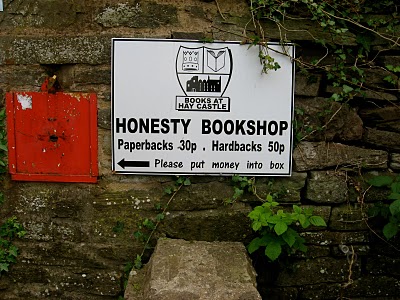 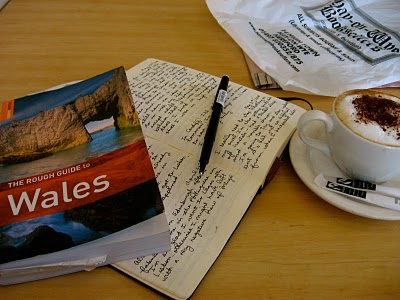 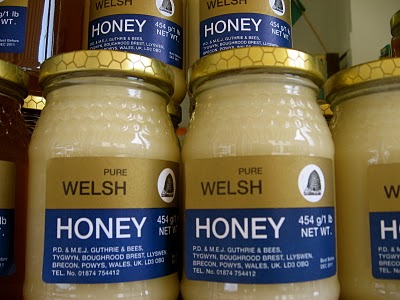 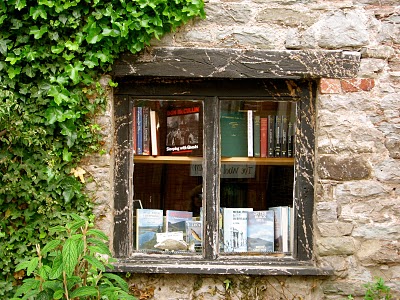 Hay-on-Wye, Wales
“Hay-on-Wye? Is that some kind of sandwich?” -Arthur Miller
I went to Wales on my own one summer (I almost always travel solo). I was living in Edinburgh then, and it was a poorly planned and poorly timed holiday. It was all very whirlwind, which is usually how I like to travel, but in this case it left me feeling bitter, as all the tours I so longed to take of the Welsh countryside were already sold out by the time I arrived. Determined not to let that dishearten me, I took a few trains and buses from Cardiff to get to the lovely little town of Hay-on-Wye.So, the poorly planned became the equally poorly timed; I had missed the famous annual literary festival by a matter of days. I was now even more determined to enjoy my time there, although I needn’t have been so adamant; as a bibliophile, it is very difficult not to love the little village so renown for its books.

I spent the day wandering in and out of the many bookshops that ran along the half a dozen streets, some of which were cobblestoned and many of which had quaint houses and shops covered in ivy. Some of the streets had colourful little flags and lanterns, and down one particularly interesting lane I found a beautifully painted gypsy caravan. All of the stores I visited were crammed with used books: some in absolutely no order, some with seemingly endless shelves, some with books stacked from the floor to the ceiling, some with mysterious staircases that inevitably held even more treasures at the top. I was travelling lightly at the time, and already had a massive collection of unread books in my flat in Edinburgh, so I had to choose wisely.

My favourite of all the shops was the Hay Castle Bookshop, where there were numerous cobwebbed shelves outside the castle filled with a complete mishmash of books. There was nary a bookseller in sight; instead, there was an honesty box, where I happily dropped a few pounds sterling. I walked away with a few musty hardcovers and one or two cracked paperbacks. I also spent some time in the antique store located around the other side of the castle; I was greeted by two lovely owners who let me wander around to my heart’s content. I bought a few odds and ends (whistles, old carpenter tools) and, from a gorgeous selection of vintage clothes in the attic, a 1940s beach bag, a silk handkerchief, and a moss-coloured beret. With still a few hours before the bus back to the main train station, I spent the rest of the afternoon reading (what else?) in a tiny cafe that served foamy cappuccinos and grilled mushroom paninis.

And on the journey back to Cardiff, the better part of the day behind me, I watched as the Welsh countryside whizzed by: rolling green hills, fluffy white sheep, ruins of castles whose days had long past. Suddenly, it no longer mattered that I had gone about the holiday to Wales all wrong. Suddenly, it all seemed very right.

On Losing Tempers and Gaining Perspectives

Sailing to Colombia From San Blas

I love it when things work out, even when you think the time is unsalvageable. I still have a tattered copy of “Jonathan Livingston Seagull” sitting in the door pocket of my car that I discovered in a tiny used bookstore in Canon Beach, OR during a month-long US road trip back in 2003. Is that sad? Or… charming? Maybe it’s time to bring him inside. 🙂

I like that you are commenting on all of these old posts, I had forgotten about most of them!

Ha, good! I realize it could be construed as kind of stalker-ish, but it’s turning into my favorite read. I’ll be sad when I’m caught up. Have you thought about doing a coffee table book or something? Since I married young and now have to compromise on all of my travel plans (at least he acknowledges my drive and doesn’t give me too much trouble when I want to take off for a month, lol), it’s nice to be able to live vicariously through your free spirit!

Aw, thank you Katie! I hope to do some sort of book one day, though I don’t know when or in what capacity…

These early 2010’s articles are so addictive! Short and sweet. Beautiful and engaging.